In a couple of years, most of you have witnessed the changes in the development of the technology and the rising competition in the market to our place their competitors. The scenario is the same in the games app and development market as well. Creators are fighting against rival companies and struggling day and night to fulfill the expectations and demands of the public. People are more often than not tend to the exciting genre of games that involves the zombie in the storyline. Are you among those looking for something different in terms of shooting and survival of the fittest kind of games? You will love the zombie games for sure as it gives the player the ultimate goal of entertainment and fun. You would have the experience of winning over the evil and creepy zombie who is half dead. If you have ever thought of protecting the people of your country against the bad, then you need to give it a try and get into the supreme battle against the very creepy creatures of the planet Earth. Feel the success of being the only living survivor in the game. There are a lot of such games in the mobile app store. In this article, you will get to know more about zombie games. Let’s review the list of the top 15 best zombie games in 2022. 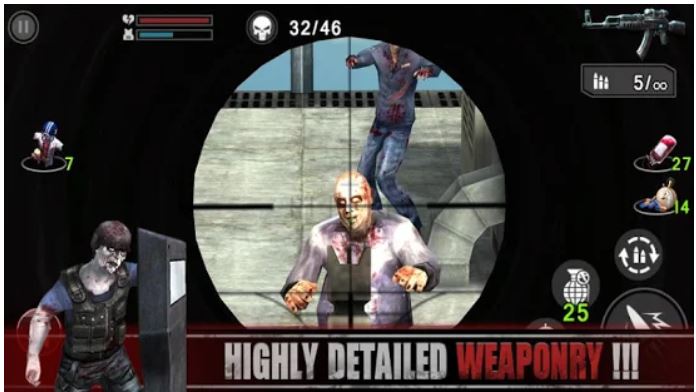 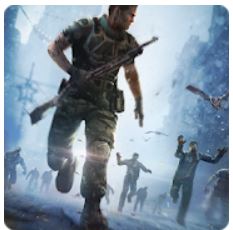 You have got the best gun in your hands, and you have your target right in front of you. The cost of missing your target is your life. All you need to do is to pull the trigger and kill the zombie. If you believe that this could be a straightforward shooting game, you are highly mistaken. If the truth is told, the Dead Target: Zombie shooting- Action games are considered to be one of the very tough and challenging shooting zombie games. 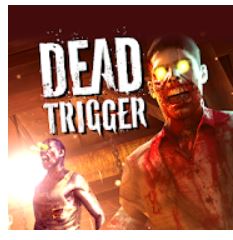 The game by the developer named the MADFINGER Games is a good zombie game available to play anytime around the clock. You need not have to worry about checking the internet access to kill the zombies in this game. The DEAD TRIGGER- Offline Zombie Shooter for Android/ iPhone, has received a lot of praise from all around the world. The popularity of the game is due to the realistic approach of the game. It is the proud recipient of an award that has been given for its best FPS. The game’s visual quality is far beyond comparable to any of the games in the same genre. 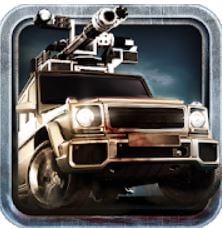 Have you ever given it a thought to be the ultimate warrior and show your power to the entire world? By playing the Zombie Roadkill 3D, you would have to race against the eerie zombies. Not only just that, but you would also have to get rid of all the dead creatures by shooting them right in front. The Zombie Roadkill 3D is among the top-rated games in its genre. You are supposed to deal with seven variants of zombies who are trying to harm the people of your city. The graphics of each scene is of 3D quality with extraordinary visual effects. 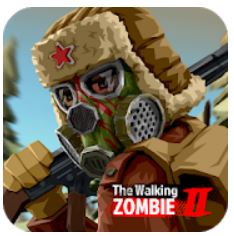 The planet earth has been destroyed after the invasion of zombies over every living organism of the world. The world is not the same after the apocalypse of zombies. As a player, you have to handle and fight against these creepy creatures which include zombies, monsters and whatnot. It seems to be like the danger is never going to end any sooner. Do you think you are capable enough to win over the evil monsters and survive through all these miseries? To help you with your war, The Walking Zombie 2: Zombie shooter game has a lot of different and unique war weapons just for you. Utilize all the available sources around you to save your life and the life of others. 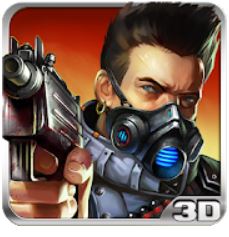 The frames per second feature of the graphics on this zombie game are top of the mark. You might have played a lot of shooting games or survival games before you have played this one. However, no other game can be compared to the Zombie Frontir: Sniper if the visual effects are considered. Not only just that but also the control of the game is very smooth. You will not be able to catch any type of glitch during the execution of the game application. There ample weapon options for the players to choose from such as Dragunov, the deadly Katana as well as the Crossbow and P90. All of these are considered as the best classic and solid gears to fight against the dead creatures. 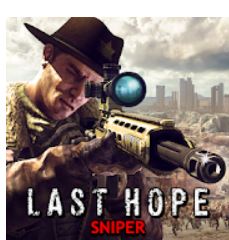 The dangerous creatures are free out there in the streets. Everyone is scared of them as these zombies are on the verge to take over the entire world. Are you capable enough to take this challenge and save the lives of people who are still living? Fill your sniper rifle with the deadliest gunpowder. You are the last hope for this lost wasteland of the Last hope Sniper: Shooting games FPS – Zombie war. Several survivors are calling for help to get rescued from this apocalypse. As you continue to play, you will name able to upgrade your skills and experience in the game by earning the skill cards. 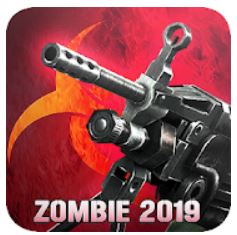 Watch your steps before you move ahead to catch the zombies. There are a lot of underground land mines deep inside the layers of the soil. On the off chance that you have to enter the land of deadly creatures, you need to wear your gears that would help you to protect you from the enemies. You will not get time to relax even if you get rid of all those zombies who are out there to chase innocent people. There are monster zombies who are huge in size and strength. They are the bosses with all the possible equipment that is highly efficient and effective in destroying mankind. The Be kill shot hunting King: Zombie defense shooting is an ultimate game of this genre. 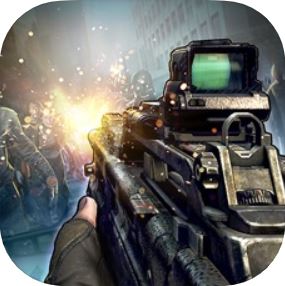 Zombie Frontir 3: Sniper FPS game is all about the survival of the best in this horrific situation. The entire region has been captured by these cruel creatures that you look like half dead. Very promising research on the development of a new vaccine has gone wrong. The after-effects of the mistake have turned out to be a deadly consequence. People who are getting infected during the experiment have turned into zombies and as a result of that, they are turning other “normal” human beings into zombies. This needs to be stopped right away but it will not be very easy for you to handle so much trouble. 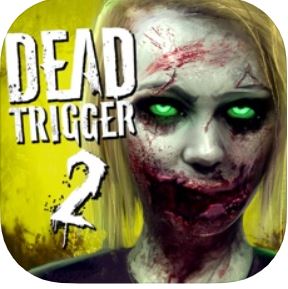 The DEAD TRIGGER 2 Zombie shooter Android/ iPhone is a shooting type of game but having said that, you are not going to shoot any human enemy. The enemies are the supremely powered zombies. This zombie game is a proud recipient of a prestigious award. This award has been given to it due to the top of the mark quality of visual effects and graphics in terms of frames per second. No matter how hard you play, you are never going to suffer from any problems with the game such as time lag, sudden shutdown and likewise. 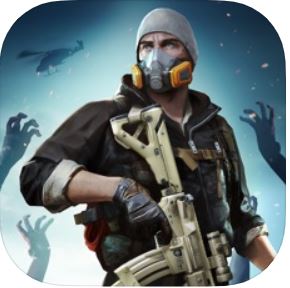 On the off chance that you are having a firm view that zombies are the only target for you to win the battle, then you are making a big mistake. It would be advisable for all the players to prevent themselves from deducing a conclusion based on this assumption as you would have fought against real players who could be more dangerous than the half-dead world. You can avail the paid premium pass of Left to survive: Zombie games to make sure that your survival is highly probable. 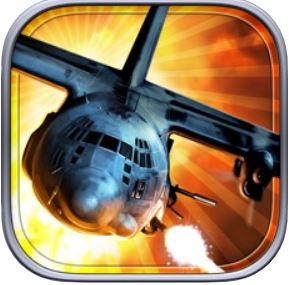 As a player, you are supposed to take the lead in the fight. You will be high above in the sky with a gun in your hand. The aircraft in which you are in is the extreme A – 130. It is heavily supplied with a lot of survival items. Some of the weapons in the survival kit include the dangerous Howitzer cannon of 105 mm, the automatic Bofors auto-cannon of 45 mm as well as the most destructive Gatling gun of 25 mm. The die-hard fans of the Zombie Gunship: Gun down Zombies game has the privilege of being able to play the game and enjoy every bit of it on their Apple TV or a TV that is compatible with the iPhone, or iPad. 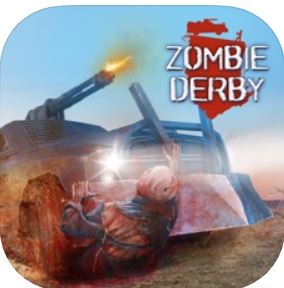 The creator of this zombie game is the highly renowned HC GLOBAL DISTRIBUTION LIMITED. The company has launched several games app before the launch of this game. However, the Zombie Derby: Race and kills at the top potion in the games market for quite some time now. This game can be played by all the users who are 12 years of age or above. As far as the compatibility, if the game is concerned, you need to know that the Zombie Derby: Race and kill zombie apocalypse game can be played on any iPhone, though iPod and iPad which iOS 6 or more. 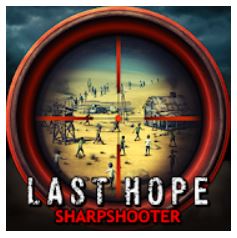 Have you ever given it the thought of getting stuck in the desert all alone? It seems to be a very tough challenge to endure the harsh situation. What if you find out you are not alone? Several zombies are there in the desert? Well, the mere thought of it might give you chills. This is the tired plot of the Last Hope- Zombie Sniper 3D Android game. It would be best if you got yourself ready for lethal combat. Safeguard your home and win over the evil creature. You need to prove yourself as the warrior for the people of your land. 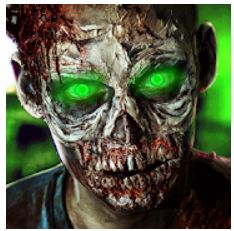 Zombies, along with destructive weapons, become a lethal combination. You cannot escape from the town without killing all the zombies in the town. The plot of the game is about the survival of the fittest. As you know that danger is all around the town; try not to go out of your safe dwelling without carrying a weapon for your defense. You will get to use several unique and specialized weapons such as grenades, rifles, and shotguns to rescue the survivors. 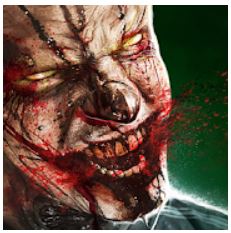 In the game trigger 3D First Person Shooter Game: Zombie Call, it’s not that easy to kill your target in a single shot. These evil and creepy-looking creatures have all the possible survival tricks that you may not be aware of. It would be best if you eliminated these “dead targets” with tactics and proper strategy. The game is loved by a massive number of fans all around the globe. The credit to the popularity of the game goes to its high-quality controls.

The stress of real-life can be so much more likely to hamper your decision-making ability. In order to keep yourself away from the stress and anxiety of reality, get engaged in the fun activity of zombie games. These games tend to keep the players very excited as well as energetic throughout the session. You would have time to show your aggression in this virtual world of zombies by getting rid of each of them one by one.