I hope you all are doing fine and chatting with someone special. But Have you ever come across a situation when a girl asks you to recharge her phone number, but you don’t have enough money to recharge your mobile number. Or in another case, you want to talk very much on your phone calls or text messages but can not do as you do not have enough money or you fear the high monthly bill of your phone.

If you also face similar situations, You do not need to worry as I have the solution of

So, In this article, I, Shyami-the tech friend, will tell you the 17 best wifi text messaging apps (2023) for your android or iphone. With the help of that, you can make calls by texting without spending a single buck. And you are free to talk as much as you want.

To know the best for you, read the whole article, 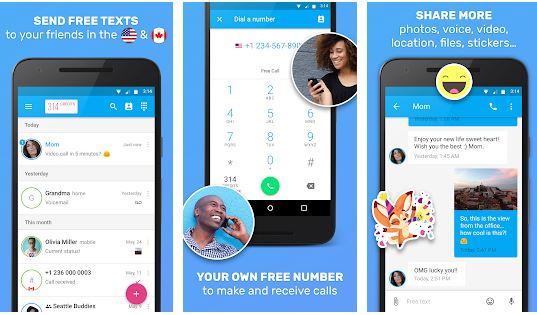 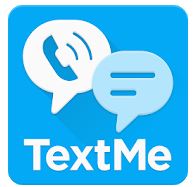 Through this app, you can send messages for free and that too in almost 40+ countries of the world. With this app, not only the users of different platforms can be in contact with each other, but the app also allows users to generate a new phone number for accessible communication between Android devices and other platforms.
Users can also use the benefits of video calls in HD quality, text communication, and voice recording after installing this app from the play store. 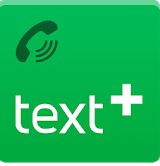 Text plus though holds the second position on today’s list of Top 10 best wifi texting apps for Android/ios in 2023, is no less than any other app in this category.

With this app, users can not only chat with their best buddies but can also send complimentary messages to any number and can even call around the whole world instead.

After downloading the app from the play store and installing it on your device, all you need to do is to create a free account by specifying the name, surname, country, and other data about yourself, and it’s done. Besides this, users can also specify their mobile phone numbers to accept notifications of new messages while registering. 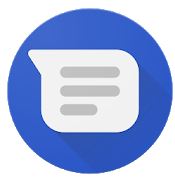 The app being used lately by many professionals is the most popular wifi texting app in the market as it is downloaded by more than 5 million users worldwide.

Zero Sms is well known for quick and safe sending and receiving SMS and MMS. Besides this, it supports two SIM cards, a personal box, and a group MMS sending.

The app not only supports 50 languages but can block virus and fraud messages as well.

The app is a very high-quality and exciting program that will not only take you to a new level of communication with your friends but also contains a lot of valuable options and innovations as well. 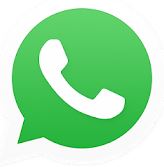 As we all know about whats app, this is the best wifi texting app available in the market for both ios and android. The app is the most popular among the users in this category, downloaded by millions of users.

The app first creates users’ accounts based on the phone number and then scans y the phone book and adds to the contact list those whose numbers are also registered in the service.

To use this application, the only thing mandatory is that both the smartphone users must have what’s app installed on their phone and should have an internet connection. 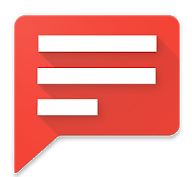 The app is a new generation’s multifunctional SMS / MMS manager which has unique and flexible settings.

Users can even use features like block SMS, automatic response, and automatic resending with the purchase of a premium version. 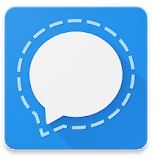 Signal Private Messenger is one of the best wifi texting apps available on both ios and android market. With this app, you can send any number of messages instantly to friends and can even create groups to communicate in real time.

Much like whats app, the app link your account with your phone number by sending a special code and after that, it makes make Signal as the main program for sending messages and making calls. 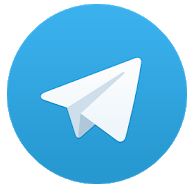 The app is downloaded by more than 100 million users allows quickly and securely exchange of messages. Telegram is the fastest wifi texting app available on the market and has a great data processing speed.

With this app users can access the app through any number of devices without losing the received information as all the data is stored in the cloud storage. 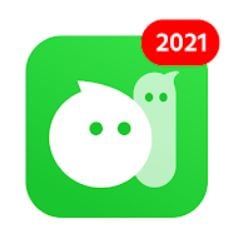 The app is beautifully designed not only to send text and voice messages but also to make calls throughout the country. WeChat users can send SMS or MMS for a couple of moments and can even make a video call with a good quality of the connection.

The app can be best used for sharing multimedia files – from video, text or pictures, to voice messages. 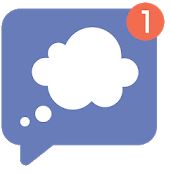 The app not only allows easy exchange of text and voice messages but has the features that provide users with live communication, using emoticons, emoji, stickers and other fun things.

Besides this with mood messenger up to 200 participants can be a part of the chat at a time. 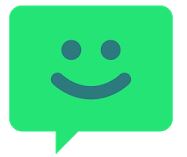 Chomp Sms is the most convenient and fast app available on google play store. Besides sending text and voice messages, users can customize tunes, select icons for the notification panel, different vibration styles, and pop-ups as well.

One of the unique features of this app is that users can customize their text messages and make them look as they like. 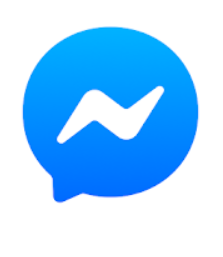 This app needs no introduction. Facebook, which is the world’s favourite social networking site, also has the messenger that makes it easy to connect with friends and family. It automatically syncs in contacts from your phone book.

There is an option with which you can enable messaging service.

You can add a contact or will ask you for permission if someone wants to add you as a contact. It is done by scanning a unique code. There is an option to have a secret conversation which is end to end encrypted.

Facebook messenger also has an option to share files, locations even money in some markets. Besides messaging, you can also do voice or video calls, which are apparent when compared to other similar apps. 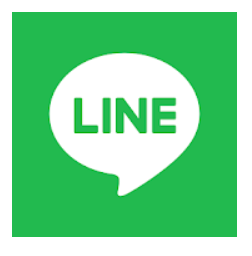 It is one of the most commonly used apps, with over 600 million users. You can send messages, files and do video calls as well. Another feature is with the Line app; you can call landlines as well.

If both parties are line users, then it is free. There is also a facility for group chat in which you can add up to 500 participants. The unique feature of the line app is that it allows you to follow brands and artists.

There is also an option to set up albums that can be shared with friends. It is more than just a messaging app. 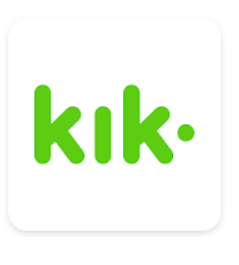 Kik is the most popular messaging app amongst the youth. This app doesn’t require you to link phone numbers. Just a user name is required to start messaging.

There are many chat rooms available. You can even play games in this app. Adding friends and loved ones is also very easy in this app. There will be a unique Kik QR code given which has to be scanned with a phone camera.

It is one of the best apps to make new friends as well. 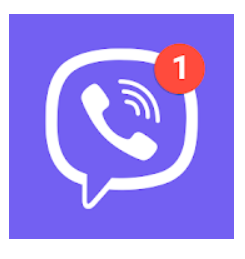 This is also another popular messaging app that is widely used. There are more than one billion users worldwide. Sending messages, files, photos is super easy with Viber. This app automatically adds your contacts.

Apart from messaging, this app also allows in sending stickers, emoticons, voice calls, and video calls, and even share photos. If both users have Viber, then calls are also free.

There is also a facility to encrypt the chats with color code. This is available for group chats too. This is an instant messaging app that lets you touch with loved ones, no matter the location. You can send messages to international locations as well. 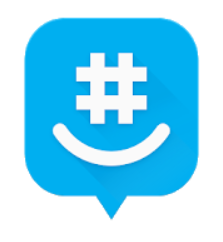 As the name suggests, this app is mainly for group chats. You can have one on one conversations with direct messages. You can add up to 500 participants to a group chat. Microsoft has developed GroupMe.

You can send images, GIFs, and videos. GroupMe app has its own unique emoji set. You can add people into group chat by using their email address or phone number. 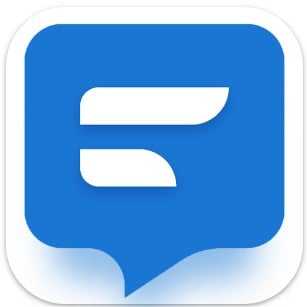 The app was designed and developed by Delicious. Textra is an excellent option instead of pre-installed SMS/MMS apps on your phone. If you are looking for a faster experience, better customization, vibrant interface, and more specific features in place of your traditional SMS/MMS app on your phone,

You have reached your destination.

The app has all the qualities you want. 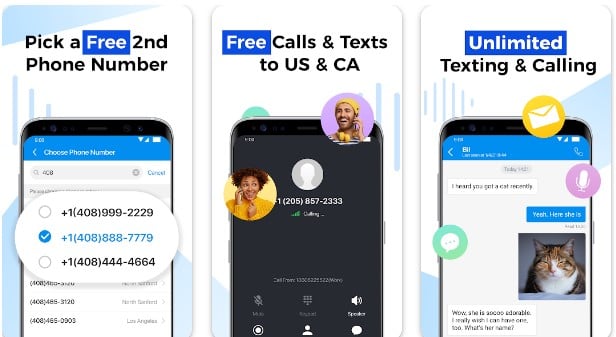 The app is known as Dingtone and was developed by Dingtone Phone. The app is a free calling app, and it lets you make wifi calls and send complimentary text messages.

The app offers you a free fake number, and millions have already downloaded the app. With the help, you can save your phone’s monthly bill, and it is also a good idea to apply if you don’t want to show your phone number as the app protects it by displaying a fake number.

So, friends, these were the best free wifi text messaging apps available online. I hope you found the app you were looking for. These all apps are no less than each other. Choose the one that fulfills your requirements for making free wifi texts and calls. Now you do not have the tension of getting a high calling bill if you talk with your female friends the whole day.

I also do not have the tension of getting a high phone bill because I don’t have a girlfriend. But next time, if a girl asks you to recharge her number, Just forward this article so that she can make calls and text free. Isn’t it a good idea to save your money?

Friends, this is the time to say goodbye for now,