There are a lot of people who enjoy train as well as simulation games. A recent study has shown that these types of games are likely to help one increase their knowledge about the actual things happening on either trains or rails.

So if you want to go even beyond and get yourself engrossed in such thrilling games, explore the list compiled right here comprising the 15 best train simulator games android 2023. 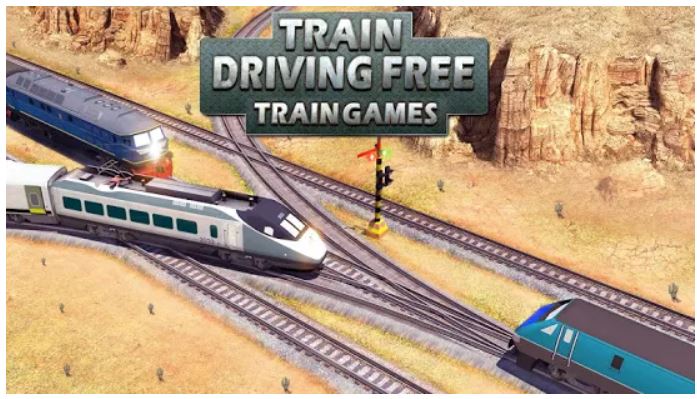 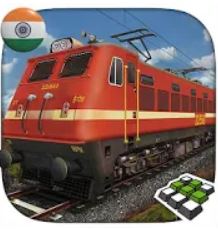 By playing this game, you would be able to get a chance to travel to all the country’s cities. Indian Train Simulator by Highbrow Interactive has been designed for all Android mobile phone and tablet users. There are about 32 stations that the player would have to cover mobile controlling the train.

Some of the stations are New Delhi, Mumbai, Agra, Pune, Surat, Kota, Hazrat Nizamuddin, Asansol, Borivali, Kolkata, and other stations. As a player, you will get a perfect opportunity to drive 18 different types of trains such as WCAM- 3, WAP4, WAM4, WAG7, etc. The players will get to see inside the coaches off the train from 25 different camera angles. 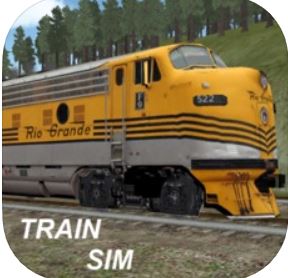 Once you start playing the train Sim by Bytes Simulation, you would love this game and cannot keep yourself away from the game for a long time. It is compatible with all the iPhone, iPad, and touch iPod, iOS 10 or more. It would not be surprising to know that more than 20 million users have downloaded the game because people from all generations love this train simulator game.

If it is true that you have a particular liking for historical locomotive engines and trains, then you need to play this game. This is because you will be able to drive an assortment of historical trains and various other modern trains. 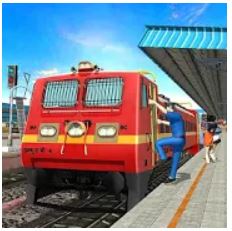 This game has been designed so that it becomes straightforward for the kids to understand the game. Not only just that but the controls of the game also relatively smooth and efficient. The virtual stations in this train simulator game are a replica of the actual stations of India.

Get yourself ready to take the train to all the corners of the country. You will be traveling from Delhi – Mumbai from Howrah -Lucknow, and more. It has been designed for all the train simulator games lovers by the very popular Racing Games Android –Appaoleut games. 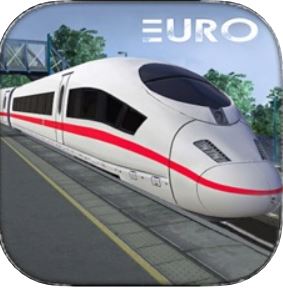 The daily time for departure will be 9:00 in the morning, 12 noon, 3:00 p.m., 6 in the evening, and the last 9:00 p.m. You would see that the standards of the virtual railway stations are designed as per any German railway station. 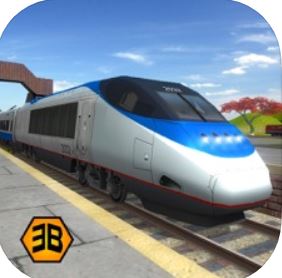 The Train Simulator Euro driving is one of the best games of the train simulation game name that is available in the Apple game store. You may find it a kind of a racing game in the train simulator games genre. 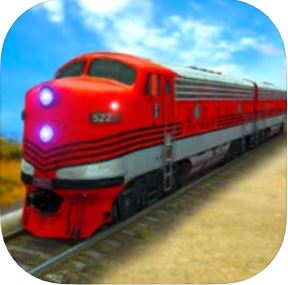 The Modern Train Driving Simulator train simulator game is all about adventure and thrill. In every level, you will have to exercise your mind and try to escape the challenges and complete the entire journey without any fail.

Sydney is a fast-moving city. The people dwelling in the city are not ready to compromise with transport services within the city. That is why it becomes the responsibility of the locomotive driver the city to maintain the normal routine of the people and drop them in their respective destinations. 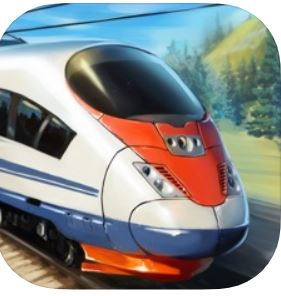 On the off chance that you are trying to find a game where we can spend your enjoy weekend without getting bored then this is the game for you.

The game is full of graphical details which keep the player entertained while driving the train. The High-speed Trains: Locomotive simulation game has been the successful innovation of Games 4 Teen.

The developer is known for providing an authentic experience to all the players by keeping them updated with the latest modes of the game. When you are playing the game you need to make sure that you are driving the train as per the given departure and arrival schedule. 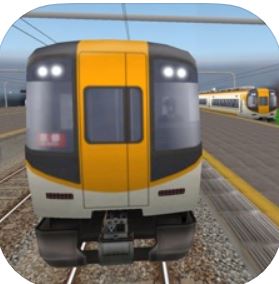 On the off chance that you love to travel around the world then you will love this game. Here, you will get to travel to the different locations of Japan and reach to different stations. Every time you complete one level, you will get a new level with the new challenge.

By running a local train in Japan, you will get to explore the different landscapes and beautiful locations in the country. Some of the amazing places that you cover by the train are Osaka Namba, Kintetsu Nara, Hyoutan-Yama, Kintetsu Nara and so on. 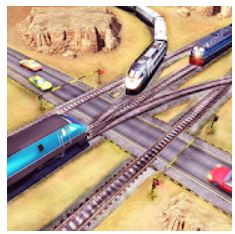 Have you ever thought of how difficult it could be for a driver to manage a long train with the highest speed? Well, you got to do the same because you will have to drive a train which is very long length and width runs at a very high speed.

By playing the train Driving Free by Redcorner Games simulation, you can test your visual and reasoning skills by making big decisions while you are handling a fast-moving train. The tracks of the train are designed in such a way that it provides as many twists and turns as possible to the players who are driving the train. 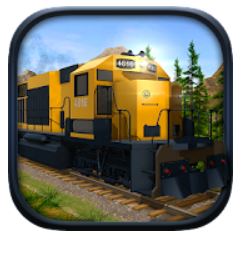 Have you ever wondered how difficult it becomes for the driver to driver train day and night without having a minute to sleep?

Now it is your turn to experience the same by driving a visual train and following all the rules and regulations of the railways while you are picking up your animated passengers and dropping them in their virtual locations. Before you go ahead and play the Train Driver 2018 by Ovidiu Pop Simulation you need to keep in mind that this won’t be an easy task.

Be ready to deal with all the unique challenges and get through the dynamic natural calamities. The driver of the train must keep the passengers safe no matter what happens. 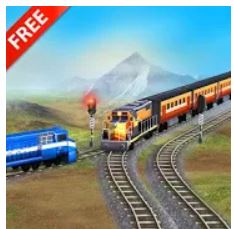 All the graphics in the rain Racing Games 3D 2 Player by MTS free games are in the form of three dimensions. You will get the opportunity to come across all the beautiful locations of the world while playing with original players in real-time.

Not only just that it is a game that can play with a partner player at the same time and defeat the opposite team. The sound effect of the game is so real that you would feel as if you are driving a real train. 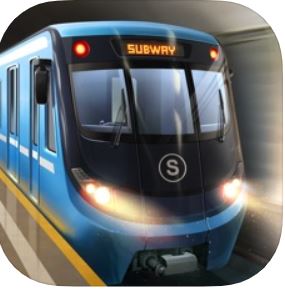 The developers made an excellent choice by launching this train simulator game for all the users of both Android as well as Apple.

Have you ever dreamt of driving different kinds of train in your childhood? A lot of people tend to have a special affection for this train simulator games because when you travel on the Subway Simulator 3D Train to get to witness the world differently. 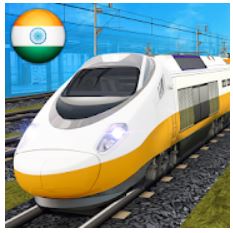 If you have a dream to half the experience of traveling on the bullet train then you will enjoy the most by playing the Indian Train Driving by Tap- Free game. The graphics of the grain are very high quality and the station of this simulation game is very realistic.

You will have to be smart enough to drive through heavy rain, loud thunderstorms, dense fog, and other such natural calamities. It would be highly imperative for the players to be punctual because the trains will leave the station on specific time slots. 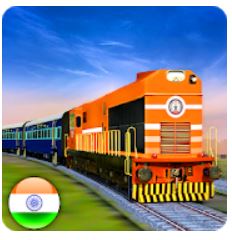 There is an assortment of Indian trains in this game. Keep the player engaged through the long gaming sessions the developers have designed the real looking Indian trains. Some of the Indian Express trains are Garib rath, Duronto, Rajdhani, Shatabdi. It is amazing to see the world moving right in front of you while you are driving the train.

The game is very addictive and you will never get bored of this game even if you keep on playing it every day. 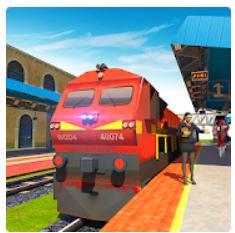 There are several exciting features of the Indian Train Simulator Train Games that you will love to explore. Do you think you are capable enough to control high-speed trains? In this game, you will come across several challenges in the form of hurdles to check your ability after making instant decisions.

The entire game is in high definition quality. Even small elements in the background tend to represent the real-life elements in 3D graphics.

You can become the driver of the Rajdhani Express by playing the game and drive the fastest train in India.

These locomotive simulation games help users get a step closer to the railway industries and fulfill the passion of being a part of the fast-growing industry.

These games are designed so that you will feel as if you are driving a real train and carrying real passengers to their respective destinations being in the virtual world.

You will be able to give signals and follow a specific path by train to successfully cover the distance. It is the time to get you ready for the ultimate adventure of playing the train simulator game.