Suppose that you are practicing your game and missing your hit by a little distance and repeating some errors; You will surely like to know the excellent decision on the field so that you can not repeat the same mistake on the actual battlefield or in the final match. In another example, if you are to reach somewhere on time and you start driving or riding. But there are so many radars on your way.’

There may be police vigilance spots there on your way; you may also forget your driving license at your home. What will you do in such kinds of situations?

I know the situations told above may sometimes make you late on time, and you must want to know the exact location, place, or timing. To counter these problems, I, shyami- the tech solver, have the solutions.

Here in this article, I brought you the 17 best speed Radar gun apps 2023 for android or iphone. Speed radar apps are those applications that give you exact information by recording, calculating, aur measuring speed, time, distance, and velocity like physical quantity, etc. To download the app according to your need, Read the whole article. 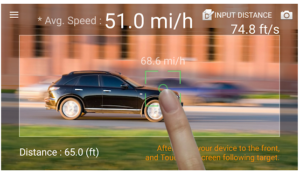 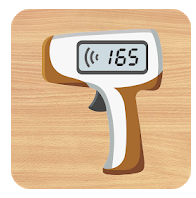 This app is one of the most popular apps in this category. This app has been downloaded by multiple people and is rated best. This app is straightforward to use, and you only need to enter the distance to the target as accurately as possible, touch the screen and lead it with your finger, along with the target.

This app also provides you the option to calibrate the instrument in case of an inaccurate result. This app allows you to measure the current movement speed both on foot and when you are on the vehicle. 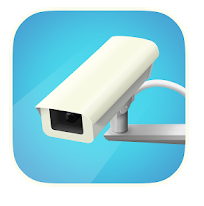 This is another best speed radar gun app, Android 2023 by Road soft, and this app will provide you free GPS radar detector.

This app is used to detect hazards on the Road, and it works similar to speed cameras, speed bumps, bad roads, etc. 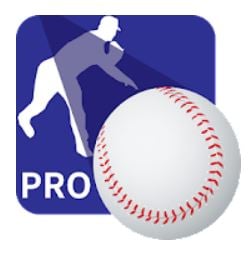 Computational Imaging brings you another excellent speed radar gun app for Android, and this app will measure speed by color detection.

This app is perfect for speed detection in baseball, tennis, cricket, and golf. This app can be used in football, volleyball, hockey, and basketball also.

The recognition of speed in this app is based on the ball’s color, and then the rate will be calculated by this app.

This app is the most accurate radar gun app for the measurement of the speed of moving objects. All you need is to record the video and take a pause when you need the speed of the ball. This app also allows you to select the object’s color to measure speed, and this app will easily and fastly calculate its rate. 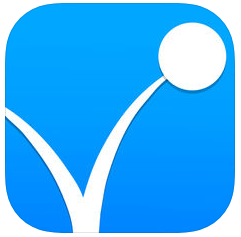 This app is one of the best speed radar gun app iPhone 2023, and this is the most awesome app with lots of positive reviews by its users.

This app works hand-free as now with this app, you don’t need to tap on the screen and ask someone to hold your device. You need to start the app and then place your iPhone 20 feet away, and thus you can begin. This app will show you speed on the screen of your phone.

This app will measure speed for baseball, softball, cricket, tennis, and soccer. This app also allows you to share your result with your coach, and you can also compare your products with your friends. 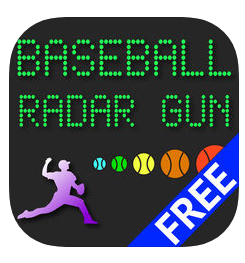 This app is created for people who are a lover of baseball. This app can measure the baseball player’s pitch speed and his opposing pitcher during their pitch outing.

It is effortless to use, and you only need to press the button at the starting point and in the final. Then this app will show you an accurate measurement on the screen of your iPhone. You can use this app anywhere in the park or the stadium etc. 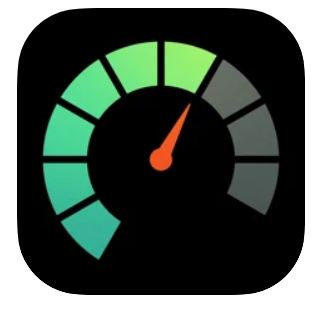 This application can be used as a professional speed measuring app. This app can be used only for a fun time and entertainment.

To use this app, you need to direct the camera of your phone to the street perpendicularly, and after this, you should press the calibrate button and then start measuring the speed following the car. This app allows you to measure the speed of moving objects with the help of a smartphone. 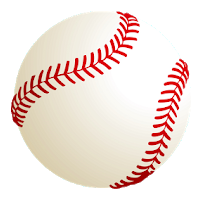 This app will measure the velocity of moving objects with the help of camera perspectives. Units in this app will be displayed with the mileage per hour or tell you the number of kilometers per hour.

The companies of distance used in this app are feet or meters. 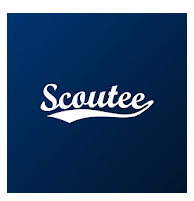 This great app will turn your smartphone into a radar gun, record speed, and videos, and analyze and tell you results. This is a small and affordable speed radar gun that will communicate with your smartphone.

This app will measure the speed and record a video of your performance with speed data overlay. 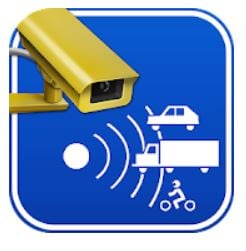 This app can be used in most situations when velocity measurement is required. This app is designed to measure vehicle speed, turning your device into a speed gun in your pocket.

All you need is to select the measuring spot next to the road and point your camera at approaching the vehicle. This app will measure speed in just 5 seconds. 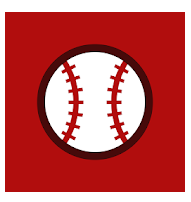 This app will turn your mobile into a radar gun, record speed, and videos, and analyze and tell you the result. This app can measure the baseball player’s pitch speed and his opposing pitcher during their pitch outing.

This app will measure the speed and record a video of your performance with speed data overlay. 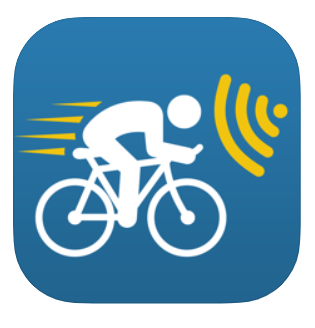 It is an easy-to-use speed measurement app that you can carry in your pocket anytime, anywhere. It is a unique and advanced app that can help you to measure the speed of cars, boats, models, tennis servers, etc. Its design stands on the essential motor detection that allows you to track the movements of an object.

Just record the object’s distance and hold your iPhone still to let the purpose pass across the screen. 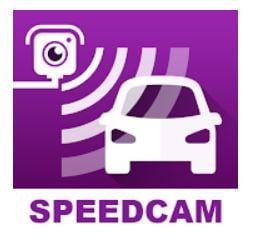 You can use this app to measure the speed of a moving car or check its speed to keep a track record. It comes with many functions, including a task device tracker, car speed camera, vehicle speed tracker, and many additional features.

The app uses your phone camera to find and calculate the speed of a moving vehicle using the car speed camera method, which is usually used by officials practically. You can use the speedometer technology to track your rate and maintain the speed limit to stay at a safe distance from the speed camera detector fixed on the road. 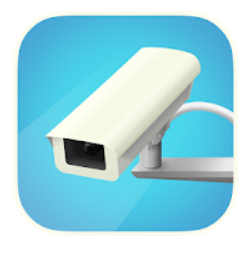 You can use this app to measure and save the speed of cars, guns, bikes, or any given object from the given direction. Additionally, you can also take photos with accurate speed information to view later with voice output.

First, you need to fix your device and measure the distance between your fingers and the device. Make sure that both pass by the objects you want to measure. Next, enter and record the gap in the given box, and you are ready to start the game! 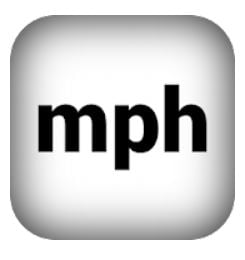 If you want to know the object speed of a moving object just by touching it, this app can be helpful for you. To use the app, you first need to enter the distance using the setting button and drag your object on your screen. Next, you can try to calibrate your device with the given option if you do not find the results accurate. In case you see the product is correct, you can proceed with your game.
So, overall it is a great app, and you can give it a try if you are looking for a good speed radar gun app for your Android device. 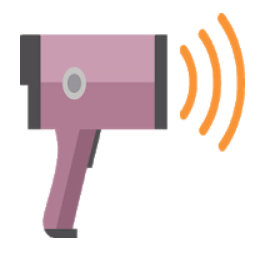 It is one of the latest radar mobile speed apps that can help you turn your phone into a speed gun in multiple functions. It is capable of measuring the speed of a moving object just by touching your screen.

To use this app, you first need to enter the shortest distance to the given target and tap the screen to follow the goal. If you fail to record the result accurately, you can try calibrating your device with the given options. Overall it is an excellent app for looking for a good speed radar gun tool for Android. 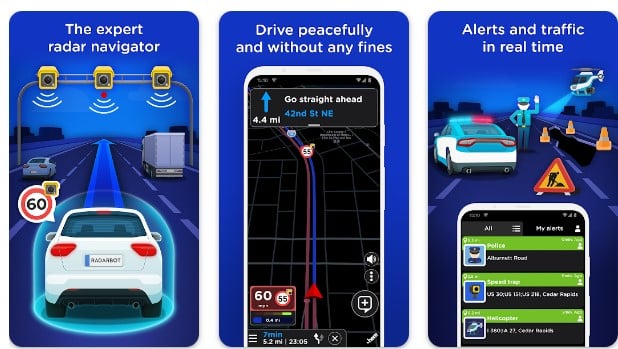 The app is created by Iteration Mobile & Vialsoft Apps. The app is among those apps that combine real-time alerts and the best offline radar detection alert system.

The app offers you the best radar alerts, real-time traffic alerts, and specific speed limit alerts. It can be used for vehicles like cars, motorbikes, trucks, and commercial vehicles. The app is suitable for safe driving and riding. So you can drive more safely.

Here are the features of these apps- 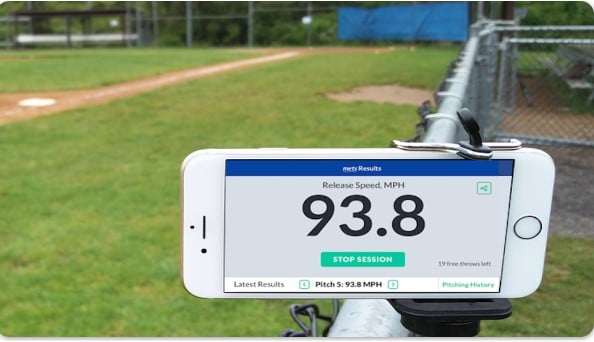 The app is designed and developed by SP Speed & Hitting w/ Launch Angle Exit Velocity. The app claims to turn your game into a HANDSFREE LIVE IN-GAME.

The contest for calculating the approx. The real-time scenario in Radar gun, Speed gun for Hitting & Pitching. The app also claimed itself to be equal to $1000+ radar guns.

The most important thing is that the app does exactly what it claims. The data it processes is based on authentic mathematics. If you are worried about slow processing or lower quality cameras, You need not be concerned. The app will work the same even if you do not have a high-quality camera. To maintain the data consistently, you should use a tripod.

Here are some features of the app-

Friends! These were the best speed radar games. Although the list is long, I hope you will find a suitable app for fulfilling your requirement from this list.

So do not waste your time more; click on the link below and download the app to get information accurately.

I will meet you soon in the following article.