Are you in search of a game where you can put forward your shooting skills? In that case, you need to have a sniper game on your mobile phone. If you have never played any game of target shooting, then you might take some time to get into the mode of hitting your targets while playing the sniper games. Playing this kind of game seems to be very effective to keep you energetic all the time. This is not like any other shooting game where you can kill anybody attacking you from anywhere in the game. In the sniper game, the player needs to give lots of patience and confidence to form their strategy for the hit to be successful. Getting along with every one of the games available on the play store of your phone is like expecting the students to like all the subjects they study. Now, without keeping you waiting for a long time, let’s check out the list of the top 15 best sniper games in 2023. 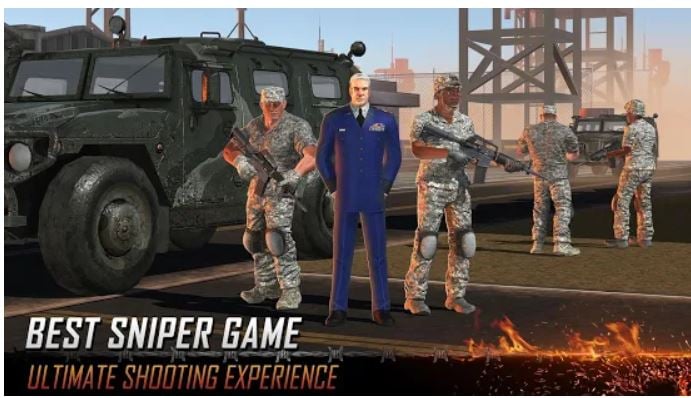 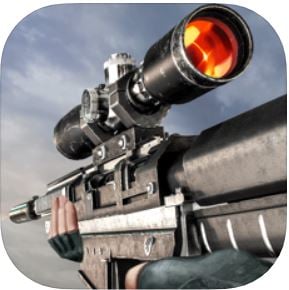 The Sniper 3D Gun Shooter: Free Elite Shooting Games is a complete package of fun and action. One of the amazing features of the game is that you can play it any time round the clock, even if you do not have any internet access at that time. Most users enjoy this offline feature of this game. The plot of the game revolves around the actions taken by the military to keep a hold on the assassinations that are being executed daily. You are the sniper who has taken the responsibility to save the people from the danger of being killed by ruthless assassins. 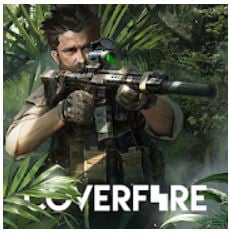 It is a thrilling game in a true sense. You will get ultra-real 3D maps. The map will help you to ensure that you do not drift off from your required path. This sniper game is highly entertaining. As an ultimate sniper of the Cover Fire: Offline Shooting Games, you will have to shoot the zombies loitering around the town. There are more than a dozen thrilling plots to shot the enemies and protect your countrymen. You will have access to multiple guns, shotguns, rifles as well as grenades. On the off chance that you are stuck in the middle of a war, in that case, it is highly recommended to utilize the power of the grades.

This game is enjoying its popularity among a huge group of mobile users. It would be surprising to all the sniper game lovers that the Sniper Strike – FPS 3D Shooting Game is among those few games which have received the rating of triple-A. There is not a single moment during the shoot that you get to relax a bit. The game demands full energy and passion. These are modes where you get to feel that you are on the battlefield in real life. You get to choose your favourite weapon to fight against the most notorious enemies. The players can participate in 8 distinct campaigns. 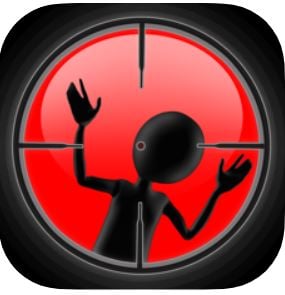 This sniper game is meant for those players who love to switch their role as hitman. The controls are smooth and amazing. You will never have to report for encountering any glitch or disruption while launching the Sniper shooter: Gun Shooting on your iPhone. This is because the creator of the games, Fun Game For Free, keeps on updating the game software to ensure that it delivers a better performance every time you tap to shoot. Not only just that, but you can also subscribe to the VIP version of the game to avail yourself of all the VIP privileges. In Sniper Shooter: Gun shooting, you cannot dare to miss any target. If you do so, then the sniper will get fired from his shooting job, and you will have to start from scratch. 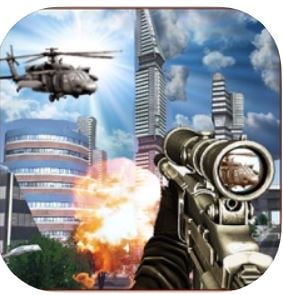 Did you ever dream of serving your country and protecting the people around you against injustice and dacoits? Well, if it is the case with you then this sniper game is meant for people like you. You can show your true aggression to all the bad humans who tend to keep on exploiting the dwellers of the city. It is time for you to support the city as a commando. Fight against the powerful enemies who are constantly attacking the citizens to get hold of the city. As a commando on duty, you cannot let this happen to your people. 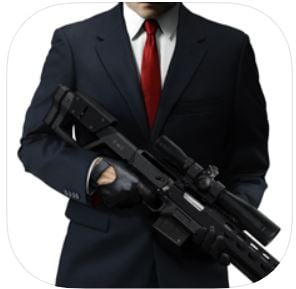 In this skilful game, the player will be a proficient sniper who is known among the people by the name of Agent 47. The sniper, in this case, is a very skilled person who knows about each target quite well. You are required to form your strategy to end up killing perfectly. The popularity of the Hitman sniper game is so huge that even a movie has been made whose story revolves around Agent 47.  Your target will be to kill renowned personalities in more than 150 tasks plus 11 deals. To get the best shot, there will be some very unique weapons available for the player. This will help you to work upon your shooting skills as well. 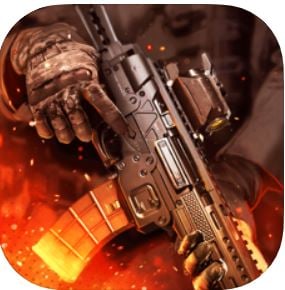 The Kill shot Bravo: sniper game can be played on any of the Apple devices. It runs flawlessly on iPhone, iPad as well as on the Apple TV. The Hothead Games Inc has been successful in bringing forward one of the best sniper games in the games market of India. The player will get an assortment of weapons which includes the sniper rifle, different types of guns, and many other weapons that are most often used by the military commandos. The adventure does not stop there. To add more excitement among the sniper players, the game has far more than 2400 levels that are different from each other. 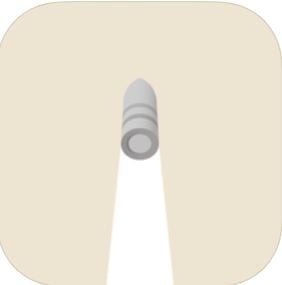 If you have tested your fingers on several other snipers shooting games and you have excelled in them quite well then this game is a challenge to you. Yes! You got it right. When you start to play this game, you will get to realize that this is not a child’s play. It is the true sniper game where you cannot afford to lose a single shot. It is a user-friendly touch and shoots game. You will have to shoot many given objects from a certain distance. For example, from a distance of 100 to 3000 meters, you are required to target some of the very difficult moving objects. 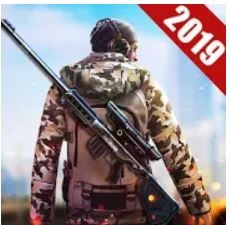 The Sniper Honor: Free 3D Gun Shooting Game 2019 is there in the market for quite a while now. The player needs to locate the specified target as per the instructions of the mode. Keep an eye on the target for enough time so that you get familiar with the activities done by your target. This is a game of tolerance. The sniper needs s to be cautious about his moves to that the target is not missed by him. To kill the enemy in front of you, you need to lock your enemy. After every successful kill, the player will be bestowed with some reward points. You can utilize these points to get new and upgraded weapons. 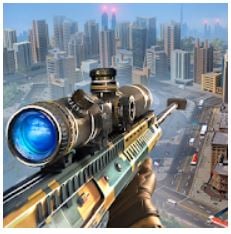 This is an ultimate shooting game which has been specifically launched in the market for all the android users. You need not have to worry about the operation of the game as it is compatible with all the android cell phones as well as tabs. The developer of the game has made sure that the controls are smooth and the shooting is executed without any complications. Though this sniper game is available in the play store for free, then you would not have to compromise with the quality of the game. The graphics is top-notch.

As a Sniper Fury: Online 3D FPS & Sniper Shooter Game player, you will get the advantages of using high-end weapons. The game will let you know how technology has evolved when it comes to guns and grenades. Show your mastery to kill the notorious criminals of the nation. Bring the city back to normal by eradicating all the kinds of unjust activities in and around the town. You will be visiting several amazing as well as thrilling locations on the voyage to kill. The entire game is built in 3D. The sensitivity of the game is also worth noticing. 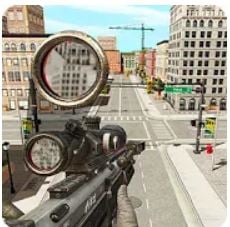 The city in the New Sniper Shooting 2019 –Free Shooting Games Android needs an efficient sniper to save them from the zombie boss who is the creator of all evils in the town. There are many tall buildings in the city. The enemy could be hiding in any of those buildings. You need to catch the enemy and shoot them without waiting for any longer when you are playing the New Sniper Shooting 2019 –Free Shooting Games. The danger is not only confined to the streets of the city. As a matter, if fact, there are a lot of powerful enemies who are loitering above the buildings in the helicopters. To kill them, you need to make sure that does not overlook any mark. 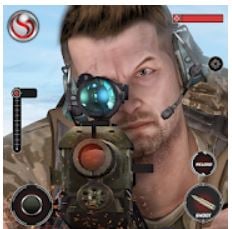 Are you in search of a sniper game that you can play without paying any cash? There is a game in the games market that tends to provide users with a top-notch experience. The Army Sniper Shooting 2019: New Shooting Games Android is not like any other free shooting game. You will get numerous military weapons to fight for the US army as a fast shooting sniper in this game. Being employed by the US Army, you need to adhere to the protocol of the head. If the sniper fails to kill the target, then the progress of the player will be hampered. 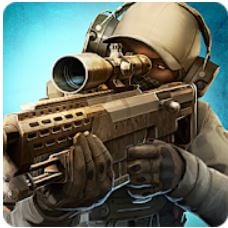 With more than 130 extraordinary voyages, the Sniper Extinction shooting game is an excellent way to spend your weekend or when you have to stay at home due to certain obligations. The game is not only among the best in this rundown but also the truth is that this sniper experience will let you learn a lot about how hard the army and military works to protect their country from sudden attacks. The player fighting as a sniper needs to be very vigilant and cautious at the same time. You need to handle the shootings from the machine guns @and other heavy weapons.

The most reputed company, The Game Storm Studios, has released its major project named the Police Sniper 2019 – Best FPS Shooter: Gun Games. The player will be playing as a fast shooter in the game. Being the best sniper in the country, you will be deported to various exotic regions. But that’s not the entire plot; you have to deal with the most aggressive shooting against the evil enemies. It would help if you destroyed their forces to save the nation. Get ready for the turmoil.

The sniper games are the talk of the town. A lot of players from other game genres are shifting towards the fierce sniper shooting games. These types of games are best to keep you busy for a rather long period. If you are new to this game, try out the lesser intense ones from this rundown; go for the one that suits you most.