Do you love playing robot games?

If yes, today we are here to list the Best robot games Android/ iPhone 2023. You have to download these games and move and command giant robots at your fingertips.

Almost all of these games are free to play (except some in-game purchases). Easy to control 3D yet smooth graphics. Here you can play with or against players from all around the globe, not to mention they are fully loaded with different game modes and levels, which makes them quite ADDICTIVE. 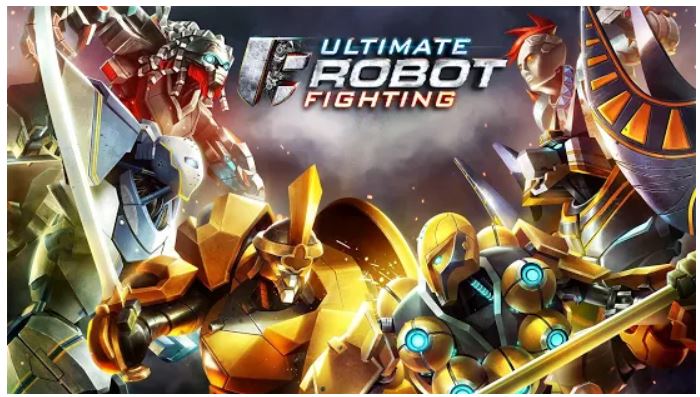 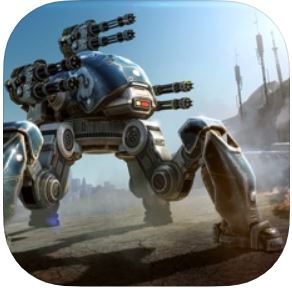 It has a size of 600 MB, which help it is giving some fabulous, intense as well as electrifying experience. War robot is the biggest robotic combat, player VS player game.

Here you can fight against enemies from all over the world and prove to them the fastest, most demanding, and most imaginative; you can prepare tactics against them and finish the game by destroying your rival. Here in this game, you can choose your fighter over 50 robots with unique design and power, and you are allowed to play how you want.

You can either crush and destroy them or save and protect them. In this game, you will get a variety of weapons to choose from. You can customize each robot with different weapons and modules of your choice.

With this game, you can choose to battle together in a multiplayer, or if you want it, you can go solo. 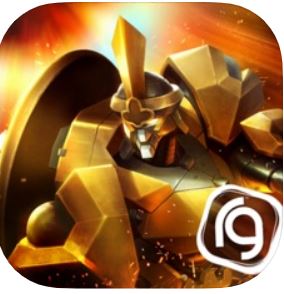 This number 2 in our today’s list is another best robot game, Android/ iPhone 2023. This game is created by Reliance Big entertainment UK private limited. Embark on the ultimate adventure of 3 vs.

three robot combat with an experience like never before.

This is a free-to-play game except for some in-game purchases; however, you can turn them off. Here in this game, you can swipe and tap to take on the enemy in a three vs. three combat with Epic moves.

You can fill up your power but unleash special attacks. This game delivers some unique and breathtaking experiences with its graphics and effects like never seen before.

Here you get an option of putting your best team forward by choosing from 45 unique robots who possess power like gladiators, fire breathing dragons, arsenal’s e.t.c. You can also improve, upgrade, and unlock new powers and move for your robots. 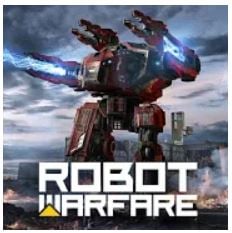 In this game, you need to assemble your garage of robots with unique abilities and weapons and win your enemies in dynamics six versus six battles. Pick your’s from a wide variety of robots with unique abilities like jumping on the building, hiding behind the shields, e.t.c. You are allowed to test drive the newest premium robots and can get the best Robots utterly free of charge.

The top feature of this game is that you can use upto ten robots in one battle, no need to pick up only one of your favorite take them all. 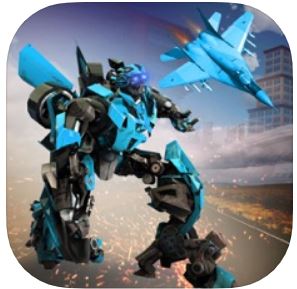 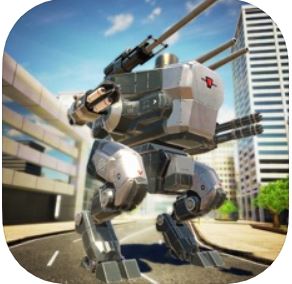 This game is a highly dynamic multiplayer robot war shooter with alluring 3D graphics, detailed robots and beautiful HD maps. In this game, you need to assemble your own garage of robots with unique abilities and weapons and win your enemies in dynamics battles. 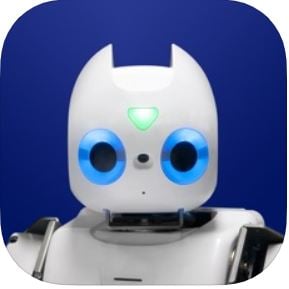 In this game, you will get chance to learn all about robot and you will get to know how robots work and how they change the world. Here you are allowed to explore more than 200 robots, drones, humanoids and self driving cars. Download this app now! 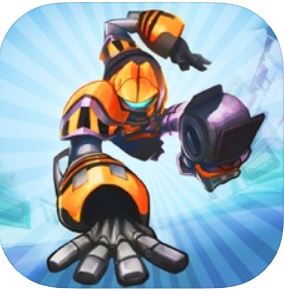 In this game, you will get a chance to race across the future science fiction landscape, which is the last hope of humanity. This is a free-to-play game except for some in-game purchases; however, you can turn them off. This game delivers some unique and breathtaking experience with its graphics and effects like never seen before 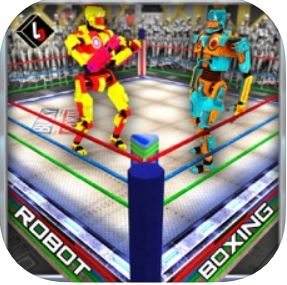 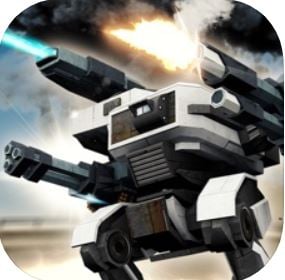 Mech battle is a new robot game by DJINNWORK GMBH with multiplayer features and 3D graphics. The main story here is that in the year is 2203, the world of human dominance has ceased to exist.

The great war in this game has nearly destroyed humankind and earth, and the last survivors are now fighting in mighty fearsome machines called Mech to regain their supremacy on earth. The most significant point of this game is that everything is free. Everything you want is there. Just go and earn it by playing and crossing levels.

Here you can build up your incredible robot hangar, play action-packed team battles and upgrade your war machines and weapons with earned resources. You get various features like upgrading a variety of abilities like jump, berserk, speed boost, and color-changing of your Steel Titans, and you can also upgrade weapons like Kinetic, lasers, energy weapons, e.t.c.

You can join or create a Clan, play with your friends in beautiful HD and 3D maps and arenas. 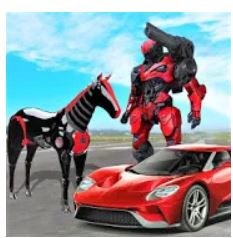 This game was developed by Minja studio; this game has some pretty impressive features like a robot transformation, futuristic flying car battles, and real robot battles.

The central theme here is that city is under attack by Robot horses, so use your US cop transforming car bots’ futuristic battle combat action skills with wild horse abilities to terminate enemy jet bots in real robot wars.

It has some actual challenging missions. 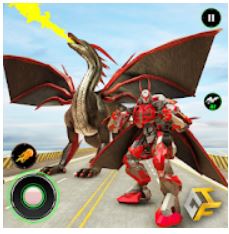 The game feast developed this game. With this game, you can feel the energy of the infinite superhero monster power of the robot dragon. The futuristic location and robotic war will be fought between air robots flying superhero dragon warriors, and deadly enemies.

In this game, super dragon warrior enormous Wings battle, futuristic robots war brain dead zombies, mech robot and skull skeleton mummy have made an invasion in a futuristic city, and the super dragon warrior flying high in the sky will spread wings, breathe fire and kill all scary rivals with fireballs. Features include: spread wings, chase in enemies and destroy them, eradicate robots, zombies, and skeletons with robot shooting in best HD graphics and exciting sound effects. 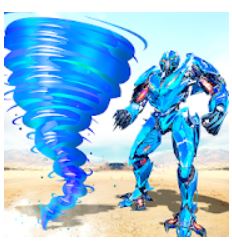 This game is developed by brilliant games, and the setting is again futuristics. However futuristic robot battle is not a new thing in Robot shooting games where future robot wants to demolish country peace. This robot simulator game has a Mechwarrior and robot tornado to vindicate superhero fights and Robot attacks in tornado games. 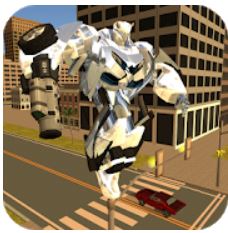 This game is developed by naxeex robots with easy and simple yet engaging graphics and controls with a mix of RPG ,TPS and fighting . Here again you have to protect Earth. Download this amazing robot game now and enjoy with your friends. 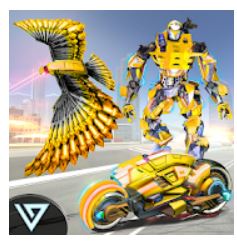 This game will provide you challenging missions in US police bike transform pigeons simulator and pigeon spy missions in the city. Here in this game, it would be best to take secret pictures, action-packed gameplay with realistic HD graphics, and engaging sound effects. 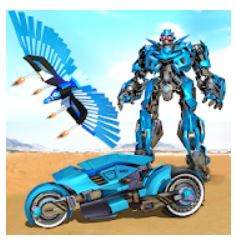 This app has been developed by Falcon gamerz, and the theme and location are pretty standard. The city is invented by alien forces, and you have to be in combat with them.

The graphic is quite good, and the controls are simple but engaging.

So these were the Best robot games Android/ iPhone 2023 available on app stores, and playstore with easy control, high quality graphics and with engaging plots, themes, sound effects and visuals.