You can now play the same games on your Android phone for free if you grew up with a Super Nintendo or similar console. Playing PS1 games is also feasible. It’s time to bring back some of your old favorites!

Keep in mind that everyone has their definition of what a vintage game is. When you consider that the Playstation 2, which was released in 2000, is already almost 21 years old, it’s hard to believe.

Console gaming’s attraction is unmistakable. You turn on your computer and start playing right away. When you play with your friends, the fun factor skyrockets.

Not to mention the vintage gaming consoles. They played a crucial role in the lives of millions of individuals as they grew up. The processing power of computers has increased, making them more accessible to the bulk of us.

You can now play your favorite classic console games on your PC using a console emulator.

Even though video games have been around for a long time, the first true video game was released in the early 1950s. Arcade video games did not become more popular until the 1970s. Fast forward to 2020, and the gaming industry has experienced massive expansion. Now we’re talking about 3D visuals, fast-paced gameplay, and other such topics.

While old games and platforms are no longer available, there is a workaround that you may utilize to play these games. A ROM image will help you relive all of those old classic games that are difficult to come by anymore, for those who don’t know. You’ve probably heard about ROMs if you have an Android phone.

ROMs are read-only data image files, such as data from a video game cartridge, firmware, or an arcade game’s mainboard. If you utilize these ROMs on your PC, you can play all of these classic games on a single device. There are emulators for all of the major and retro systems.

If you like old games, the 8 best flashback ROMs for Android games are for you. You may use these emulators on your Android phone or tablet to play some of your favorite vintage games. Whether you’re looking for arcade games, platformers, or puzzle games, we’ve got you covered.

Why would you want to put Retro ROMs on your Android device in the first place?

Retro ROMs are software emulators that allow you to play classic video games on your Android device. They might be a great way to relive childhood memories or play older games that you may have forgotten about. Playing them is also a lot of fun! A plethora of old ROMs may be found on the Google Play Store. 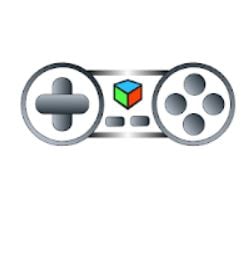 It is, without a doubt, the greatest app for locating retro gaming ROM files on an Android device.You can search for rooms by platform, genre, or keyword on Retro Game Center. You can sort the results by rating, release date, or name, among other options.

After you’ve downloaded the ROM file, use the “Link ROM” option to add it to a game. After that, you can start playing your favorite mobile game.The game also includes a referral bonus system, improved from the scan, haptic feedback for touch screen control, Bluetooth gamepad support, and game slider SCD emulation. 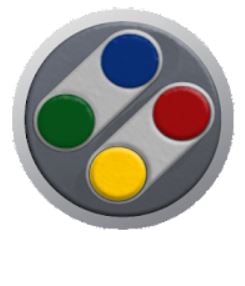 GBA Roms is an amazing emulator app with thousands of ROM sets to choose from. You may quickly navigate games by genre or use the search engine’s filters to find specific games.

The criteria are based on the game’s release date, the developer, and the console for which it was originally designed, and you can find your game of interest in minutes. The best aspect about this program is that it automatically saves the game when you exit it. 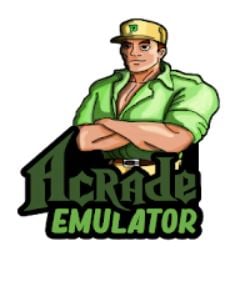 An excellent arcade emulator that provides you access to a large number of classic ROMs in one convenient location. Retro Games is an app that has a collection of some of the best classic games, like Final Fight, Cadillac, Dino, and more SEGA and Nintendo titles.

The games are organized by genres and consoles, and you can quickly sort through the ROMs by release date and developer name. And to begin a game, simply install a new ROM and press the self-titled button. That’s all there is to it, and you should be ready to go. 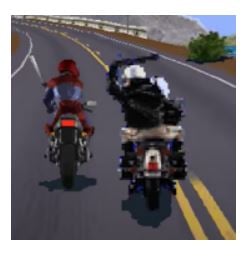 Road Rash was one of the most popular retro games in the mid-to-late 1990s.
The game would allow users to compete in a series of motorcycle races, to win higher-level races by preventing other racers from winning on the course.

Electronic Arts (EA) published the game on the Sega Genesis in 1991, and it quickly earned a large following among gaming communities. To play the game, you must first install the emulator, then download the ROM file and load it into the emulator. 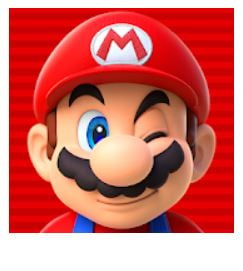 Super Mario is another classic retro ROM that transports you to a mythical mushroom kingdom for an adventure. Nintendo produced the Mario game series for the NES, which featured the mascot -Mario.

You’ll have to collect power-up items that appear in your path to obtaining special abilities and lives while playing. You’ll need to download a Gameboy Advance or GBA emulator along with the ROM to play this game on your Android phone.

The Legend Of Zelda – A Link to the Past 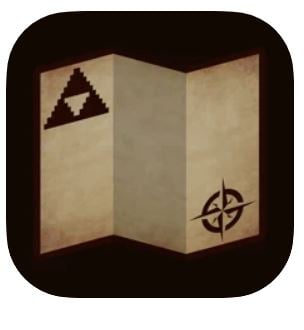 The Legend of Zelda is a Nintendo action-adventure game that revolves around many incarnations of a magical princess named Zelda. Within the game series, you’ll find a slew of puzzles, action, adventures, and war games. Several improvements to the said aspects have been added throughout time, but the majority of the game’s elements have remained the same. 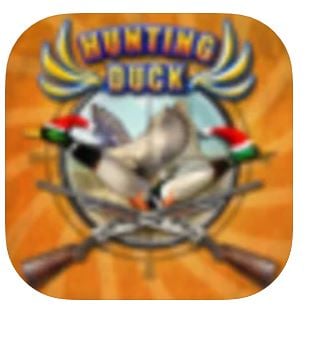 The Duck Hunt is a light gun shooter video game for the Nintendo Entertainment System that was released in 1984. You must hunt down the ducks that appear on the screen in the game, and to do so, you must utilize an NES zapper attached to a CRT television monitor.

The gameplay has an intriguing concept; you will be allowed three shots to shoot the ducks, and there will be a handful of ducks to hunt down at any one time. You’ll be promoted to the next level once you complete that stage. 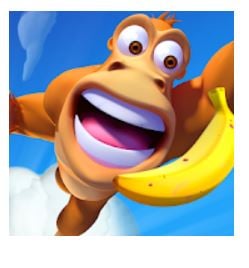 Donkey Kong Country was first released in 1981 as an arcade game and was then reworked into a game series starring Donkey Kong and a group of other apes who will act as characters.

The series’ main plot revolves around Donkey Kong’s battles with human-like foes in their natural forest. The cask, or hollow cylindrical container, is the major feature of this game series, which the apes employ as a weapon against their foes. 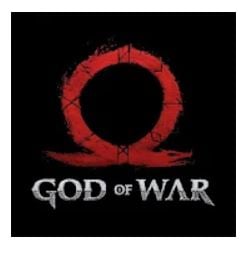 Romsmania has one of the most comprehensive ROM collections available. You can choose the ROMS format while installing them here, and if you don’t want a specific ROM, you can still play your favorite old game right in the browser by going to the ‘Play Online’ option. You may use criteria like developer and release date to discover anything specific or arrange the games by popularity to find something specific. 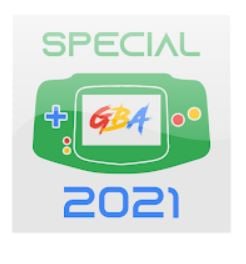 GBA GAME is a program that allows you to load practically any sort of ROM. The app’s existing portfolio of classic games, combined with its user-friendly layout, never fails to impress customers.

To load a game, all you have to do is press the “load ROM” button. Every ROM you load is added to your collection and so is easily accessible. The nicest thing is that the pre-loaded games do not require an Internet connection. 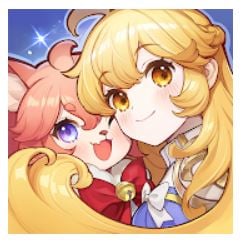 Loveroms online is another great place to look for Android retro ROMs. You can see some of the most popular classic games from the NES, SNES, GBA, NDS, N64, PSP, PSX, and more. 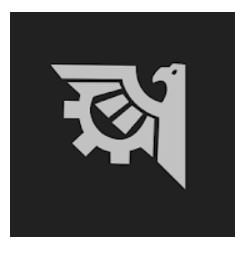 Easy ROM, as the name implies, uses simple navigation to help you find your favorite classic ROMs quickly. The website’s developers make sure that new content is introduced regularly so that users never run out of new things to try. You can search for games by genre or use additional filters to locate something particular. When you click the install button, you’ll be taken to Mega cloud. 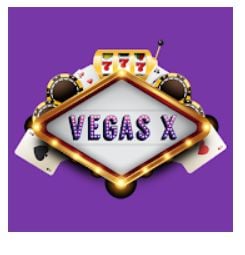 DopeROMs is a website that brings together some of the most popular ROMs providers. The main page is divided into four sections: ROMS, Emulators, Arts, and Support.

Simply press the install button once you’ve found a game you want to play, and the website will transport you to the old computer, where you can quickly install the ROMs. 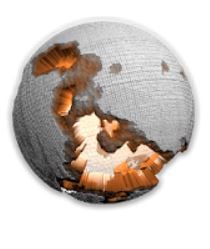 Gamulator is well-known among retro game aficionados as a treasure trove — if you can’t locate a certain retro game on other platforms, chances are you’ll be able to find it here. Not only does this site have retro games and thematic articles, blogs, and other entertaining content.

In addition, the website hosts open discussions on a variety of themes, in which anybody can participate. You can sort the games by platform, release date, developer, and genre for easier navigation. 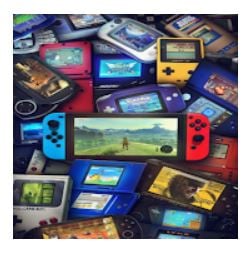 Emuparadise is the last app on our list of ‘top Retro ROMs for Android to play console video games,’ and it is a website where you can download classic retro game ROMs. Emuparadise will show you any old-school game you can think of in a matter of seconds. The navigation is rather simple here, as all of the games are organized by date, platform, and genre. 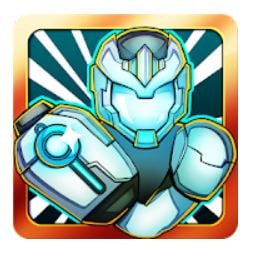 Super Metroid is a 1994 action-adventure game released by Nintendo for the Super Nintendo Entertainment System (SNES). It is the third installment in the Metroid series.

The game is set on the imaginary planet Zebes, which is a massive open-ended universe with various types of locations linked via doors and elevators. The player is in charge of a character that must search the planet for the Metroid that was taken by the Space Pirates’ captain.You won’t go wrong with the Super Metroid if you want to experience a fictional plot in gaming, as it excels at producing a different kind of feeling when playing. 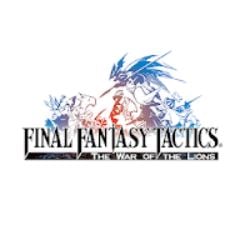 In 2003, Square Enix (then Square) released a tactical role-playing game for the Nintendo Gameboy Advance gaming platform. The game follows the player’s tactical maneuver of forming a clan of characters and controlling their movements on a battlefield. The player can customize the appearance of his characters and deploy them during battle.

It’s similar to today’s clash of clans, in which we train troops, form our clans, upgrade and customize our characters, and so on. If you enjoy tactical games, this is the game for you. To play it on your Android smartphone, use the following download links.