The era of gamers has started from the day gaming consoles had developed. With the growing market for games, the demand for games also started increasing. Many games shot up to fame and made a heart in the hearts of people. But some games lost popularity in that generation but, they were in huge demand in the future because people weren’t able to understand its game play back then. There were also many successful games whose productions were stopped due to uncanny reasons like the destruction of the company or the developer’s death. Many other times, popular games are released of the game with extra features and proper collectible memorabilia for the true fans of the game. All these kinds of games are no longer available in the market and have gained a separate audience ready to pay as much money as asked to buy them. Signature editions have the developer team signatures on the cover, many games developed in other international languages that had only limited copies of English language, and collector’s editions of games are really popular yet, not everyone can afford this rare luxury. 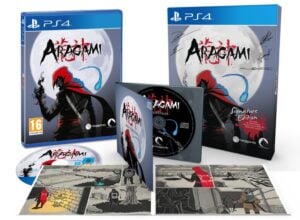 The player controls Aragami, a ninja who can control shadows. He has been called back on earth by Yamiko, who has been captured and imprisoned by Kaiho. The objective of the game is to rescue Yamiko by fighting Kaiho and the army of light. The game is set in the city of Kuru, and the prison fortress of the city is where Yamiko can be found. Aragami has many special powers, like becoming invisible. All the objectives and levels of the game have multiple solutions; hence, your playing style might help you find your path.

Slain: Back From Hell (Signature Edition) 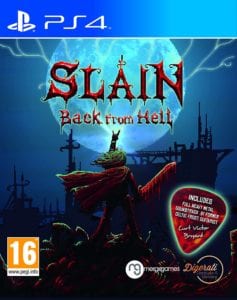 The player controls the fate of Bathory. You are a doomed hero who is charged to rescue six realms ruled by six evil overlords. There are many traps and monsters on each level, and Bathory must avoid and slay them. The player has mana for ultimate attacks, which regenerates over time. It has three elemental weapons which weaken certain types of foes. Becoming the master weapon wielder is the objective. It also has a hinge of magic for a better experience of slaying monsters and bosses. 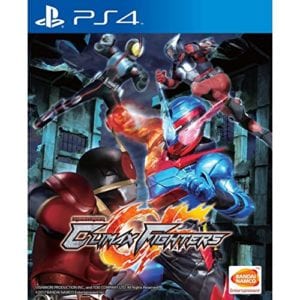 This game is one of the best action fighting games ever made. It allows the player to select their character by themselves. The game has all the Heisei Kamen Riders, and the player can assemble a team out of them. This is the first melee (mostly) fighting game with 3D- back view, i.e., third person. It has 2-on-2 and 1-on-1 battles. Both the obstacles of each level and the fighting are realistic. It also has an online multiplayer mode to compete worldwide. This game was released in Japanese and had a very less number of copies that featured English subtitles.

Shadow of the Beast (English and Chinese Sub) 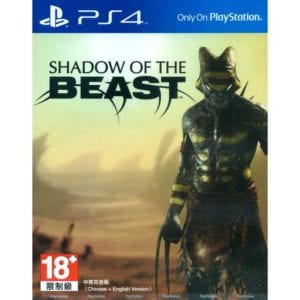 Very interestingly, this is the predecessor of the game God of War. The player controls Aarbron, a ruthless beast. You fight with monsters and slay them all mercilessly on the ancient land. Your objective is to find Maletoth, an evil mage, and slay him for vengeance. New attacks would be unlocked and upgraded as you proceed further in the journey. There are also special attacks that you can use once you fill up your frenzy meter with the blood of your enemy monsters. 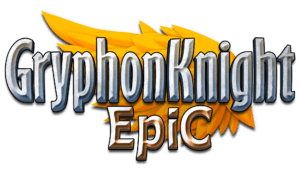 This game is one of the rarest and well-known 2D shoot them up adventure game available on PS4. The player controls Sir Oliver and plays through his life of exploration. The other important character under the player’s control is Sir Oliver’s loyal gryphon named Aquila. You explore new lands, slaying enemies and monsters. The boss battles are interesting and would keep you on the edge of your chair. Sadly, this game is only available in auctions, and the competition is not healthy at all. 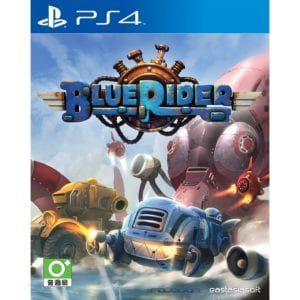 This is a 3D battleship simulator where the player controls the ‘Great Blue’ ship and roams around defeating other ships. There are 9 unique chapters, and each chapter has a boss. You can change the weapons and other arsenals of your ship. This game is bliss for action game lovers who love to be surrounded by explosions. The game logo is hand-drawn in the collector’s Edition. The cover is sleek, black and has a hand-drawn logo on it. It also has a secret collector’s content which cannot be revealed due to company policies. 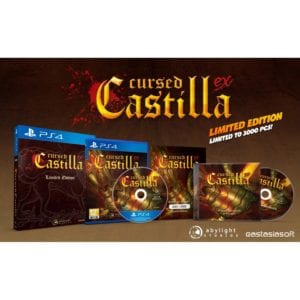 The player takes control over Don Ramiro and are appointed by King Alphonse VI as a knight. Your aim is to close a gateway to hell opened by a demon with the tears of a young witch. You set out to kill all the demons on the cursed land of Tolomera. The game has a huge catalogue of weapons to offer you along with powerups. There are also additional powers to be found by finding out the secrets of the game. The game is set in medieval time is a Spanish kingdom named Castilla. There is also a championship held where you need to face mighty generals of ancient Spanish kingdom which you need to win so that you can proceed with the story. This game was released in Spanish and had very less number of copies that featured English subtitles. 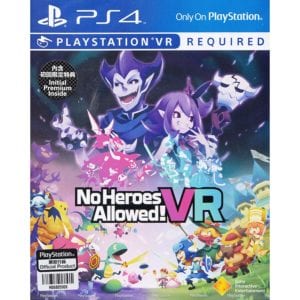 It is a PS4 VR game. The player is the God of destruction and controls monsters at his command to destroy human lives. The game aims for world domination. It is one of the best real-time strategy games ever made. Breeding monsters and supporting them with divine powers is what must concern you. Careful examination of all the territories is required as a hero might be born to kill your monsters. This game was released in Japanese and had a very less number of copies that featured English subtitles. 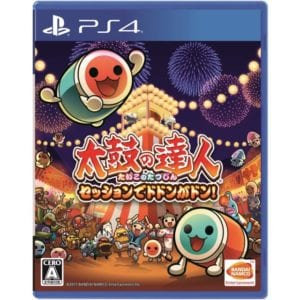 It is one of the best music games ever made for PS4. There are many famous songs, including 70 chart-toppers of current times. Good timing to match the desired notes is the main objective of the game. You can play it in the single-player mode and compete with your ghost data, ranked multiplayer mode online where you play with special guests and an offline multiplayer mode where you may play it with your family members. This game was released in Japanese and had very less number of copies that featured English subtitles. 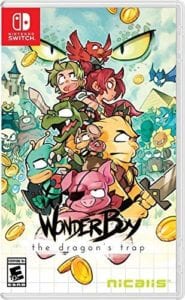 The player takes control over a shape-shifting hero with six forms and each form having its ability. Many kinds of dragons are also found in this game. The hero can be a lizard, a mouse, a lion, a piranha, and a hawk. The game’s main objective is to explore monster land to find a cure to this shape-shifting curse given to the player by the Meka-Dragon. Items can be bought from a shopkeeper pig that has many absurd and weird things to offer. There are two graphics and audio options for you to choose from depending upon your adventure 2D gaming preference. The modern refined graphics and audio can be changed to 8-bit graphics and audio at any time. The game was originally released in Japanese and had very few multi-language copies. 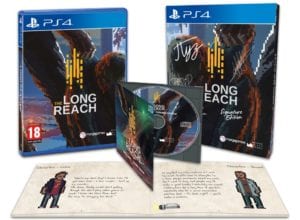 The game is set in a town named Baervox. The game is almost realistic except for the plot. It involves kidnapping and extortions. It is a horror-thriller which can change your perspective on things. The game is gruesome and disturbing. The game is all about running for your life. Interact with people. It is a classic 2D game with keys and other inventories. It has cave escapes and many other adventures. Calvin is the main character you play in this game. Violence and horror are a perfect combination. 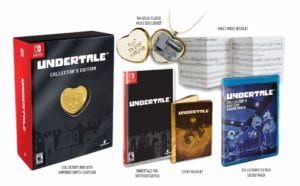 This collector’s Edition contains many things. A 14K gold plated music box locket, match-box style collector’s box, Toby Fox music sheet of UNDERTALE, 2 CDs with 100 original soundtracks of UNDERTALE, and a 24-page booklet of the entire story illustrated. It is a pixel-designed 2.5D game with a great story and action. The storyline and narrative of the game are quite strong, and there exists no gamer who hates it. The player plays the character of a little boy who goes on this adventure, solving puzzles, finding secrets, and defeating enemies. 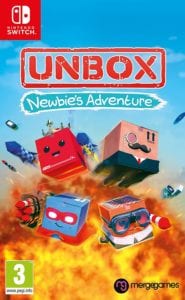 It is one of the best 3D platform games of all time. People search for it but, finding it is nearly impossible as it is an extremely rare commodity. It is a platform game involving cardboard boxes. The player selects the platform of their choice and race towards the finish line. The gaming set is huge and amazing. There are many collectibles, secrets and has amazing boss battles. The game is 3D and is based on the gaming style of the 90s. 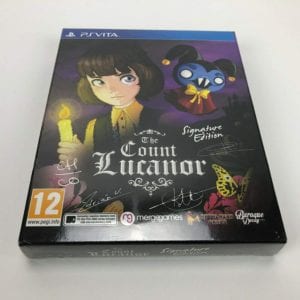 The player controls Hans in this fantasy-adventure game. The main objective of the game is to find the treasure hidden from the island the game is based on. The player would find many clues through the development of the story and the completion of the objectives. The adventure is too beautiful, and there are many challenges and surprises hidden on the island. The decisions you make in this game affect the overall gameplay and story. 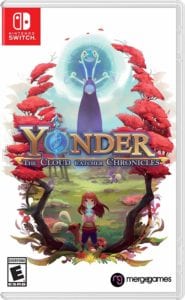 The game is set up on a large island named Gemea. There are eight parts of the island, and each one has its characteristics- sunny beaches, snowy mountains, etc. It is an open-world game with day and night changing. The player can Fish, brew, cook, craft, and farm to survive. Interacting with locals is a key part of the game as they can help you build, farm, or give you gifts. Then puzzles are solved to banish the demon and evil ruler of the place.
The games mentioned above are all rare due to one or other reasons. They are no longer available in the market, but people who possess them will earn thousands of dollars in the future when they sell these games. These games are like wine, and they get costlier with time.