So, we met again! I hope you all are doing well and playing games. If you are a video game lover, you must have tried every genre of fun and probably know your interest in some genre. But most of you think the same way when it comes to trivia games. It is good to try your luck through this article when you have time to spend and nothing to do. Then start playing some cards, casinos, or similar games. If you do not know what the trivia game is, Read this-

What is a trivia game?

These games look like poker games, but it isn’t so as they are quizzes. You need to give the answers to a question that is asked by a trivia gaming app.

In case you are still confused about what trivia games you should play. It would be best if you read the whole article here. In this article, I, the shyami-the pro player, will tell you the 17 best trivia gaming apps available online. Read the entire article if you want to know the best according to you. 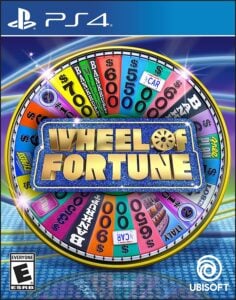 Developed by GameTek, Rare, Frima studio, and Ubisoft Chengdu and published by GameTek and Ubisoft, “Wheel of fortune” is ranked as one of the best trivia games in the world so far. The name wheel of fortune is given about the 1975’s greatest trivia American quiz show. This game was launched on the PlayStation 4 platform on November 7, 2017, and was highly appreciated by the critics. In this game, one has to use the wheel of fortune and win exciting prizes given by the game, such as an amazing vacation. 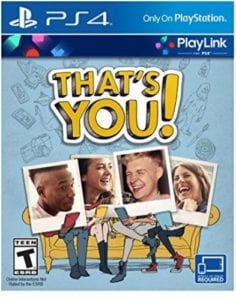 The popular game of the genre trivia “That’s you” was developed and published by Wish Studios and Sony Interactive Entertainment, respectively. The game was highly ranked and reviewed by critics and well-to-do game makers and sold millions of copies just after its release. It was released on July 4, 2017. The party game revolves around the protagonist who’s given a social situation and is testified to know how well they know their partner. 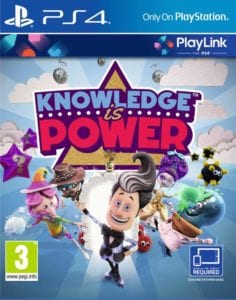 The multiplayer trivia videogame “Knowledge is power” was developed and published by Wish Studios and Sony Interactive Entertainment. This party game was launched on October 24, 2017. The game was highly appreciated and praised by the critics. In this game, four to six players play together on a faster finger game, and the one whose movement is the fastest is given a chance to answer first. 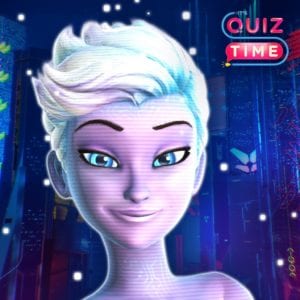 The quiz trivia game “Its quiz time” was developed and published by Snap finger click and vision games publishing, respectively. The game was launched on November 21, 2017, and was awarded for its outstanding gameplay. The game requires Dualshock 4 console for playing it. To play this multiplayer game, all the gamers must join under the same WiFi network and join the server. The game puts on general questions on the quiz, and the player or the team has to answer them. 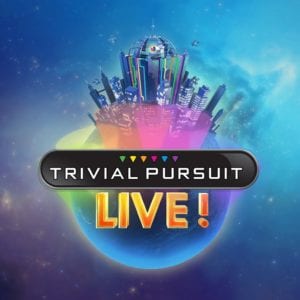 The trivia game “Trivial pursuit live” was developed and published by longtail studios in collaboration with Ubisoft and Ubisoft Chengdu respectively. The game was highly appreciated by the critics and is known as one of the most award-winning games to date. It was launched on February 17, 2015, and is also known to be a part of the series “Trivial pursuit”. 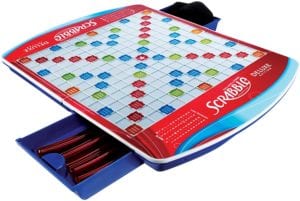 The strategic game “scrabble” was developed and published by stainless games in collaboration with Arc developments and a group of publishers including Ubisoft, Electronic Arts, Hasbro interactive, U.S. Gold, Leisure genius and Blaise Jean- Pierre. This game can we played both over the single-player as well as the multiplayer mode and was launched in the year 1984. The puzzle game can also be termed as a word game that was too hyped after it was launched, to an extent it still prevails in the market. 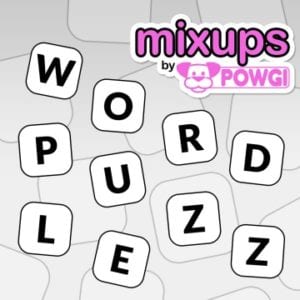 The puzzle word game of trivia genre “Mixups by POWGI” is one the most hyped game in the market existing right now. The game was developed and published by Lightwood Consultancy Limited and collaboration of Lightwood Consultancy Limited and Puzzle on word games Inc. It was initially released on February 12, 2019, and can be considered as one of the amazing stress busters. The player in the game has to pick up letters from the word box having random letters and form a word on the given desk. 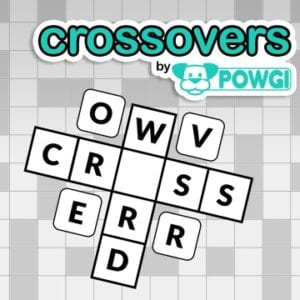 One more from the POWGI series that has been hyped up, “Crossovers by POWGI” which was developed as well as published by Lightwood Consultancy Limited. This word puzzle was launched on April 17 2019, just after the release of the game “Mixups by POWGI”. In this game, the player has to find the missing letter or a set of missing letters from a crossover of words. The game has surplus hints as well as jokes to keep up the mood. It also has a fixed reward for solving each set of words. 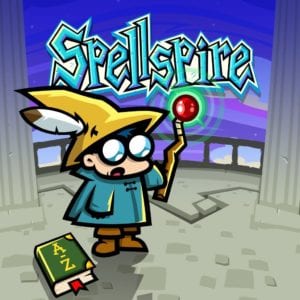 The trivia game “Spellspire” is a mixture of two genres from the categories of games, i.e., Trivia and action role-playing. This game was developed and published by 10tons Ltd. It was released on 23 may, 2017 and termed as a game one of its kind. In this game, the player has to form words from given hints and use a magic spell from the wand given in the game—the bigger the word, the deadliest the blast. 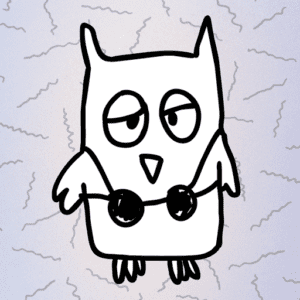 The trivia game “Drawful 2” is the sequel of its first game “Drawful” which was developed and published by Jackbox Games. The party game was launched on June 21 2016. It is a single as well as a multiplayer game in which one has to draw a figure or any structure, and the other player has to guess what it was with multiple choice question answers. This game was considered to be one of the best stress busters so far and has a different fan base. 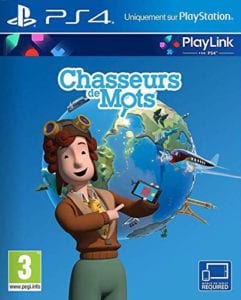 The party trivia game “Wordhunters” was developed and published by Thumbfood limited and a collaboration of Thumbfood and wired productions. The game was launched on November 14, 2018, and was highly appreciated by the critics along with the well to do game makers. This single-player game can also be categorized under word games and been the favourite stress buster for most of us. 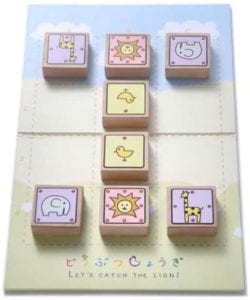 The trivia game “DOBUTSU SHOGI WORLD” was developed and published by Silver star Japan. The game was initially released on June 27 2019. This game is a type of virtual Japanese board game named Shogi and guarantees to master you on it with three simple steps. Being irritatingly obtuse to play, it is also called Japanese chess. 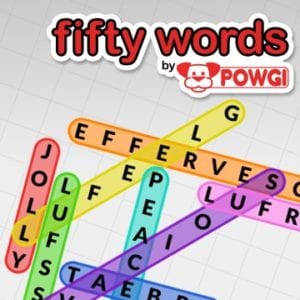 The third trivia game by POWGI, “Fifty words by POWGI” was developed and published by Lightwood Consultancy Limited. It was launched on September 3, 2019, and can be called one of the best stress busters. In this game, the player has to find 50 meaningful words from a series of intertwined words and paint them with vibrant colours. It has no such list of particular words to find. 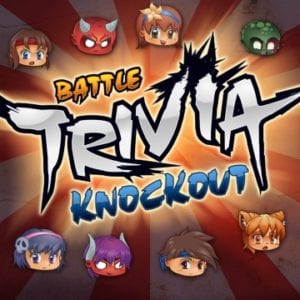 The name “Battle trivia knockout” says a lot about the game. It was developed and published by Happy dance games. The game was launched on September 22, 2015. In this game, one has to solve and answer the question on given trivia to avoid a knockout and continue to stick on the game. It is an indie game that gained a lot of hype and popularity just after its release by the critics and has been ranked as one of the best games so far by excited game makers. 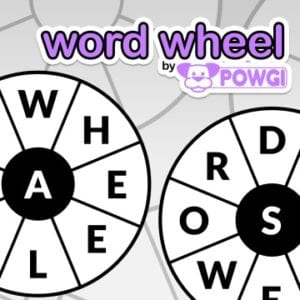 Last but not least, and yet again from the POWGI series that has taken over the market completely when it comes to Trivia games. “The Word Wheel by POWGI” was developed and published by Lightwood Consultancy Limited. It was released on June 4, 2019, and is one of the best stress busters. In this game, the player has to roll the giant wheel on the screen to get a random letter to produce a set of words beginning from the same. This puzzle game can be played both over the single-player and multiplayer modes. This game is also one of the most exciting trivia games so far and was highly appreciated by the critics.

Who Wants to Be A Millionaire 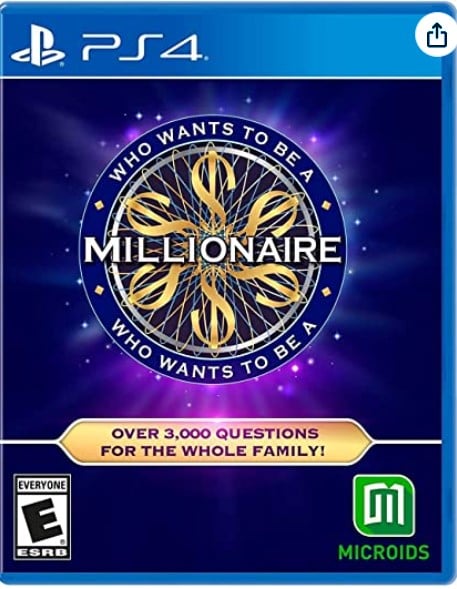 Who wants to be a millionaire is the gaming version of the famous TV show that was released in 1998. The game has three different versions Play station 4, Nintendo Switch, X box one.

The game is a good way to check your knowledge and skills in the tests. The questions in the game can be tricky as well as simple. You need to be prepared for any type of question. The questions and tests include 15 questions on each level. After clearing every level, The level goes harder and you face tougher questions. The questions here can be related to any fields like History, Geography, Science, environment, etc. the gaming interface is similar to an official TV show. You can feel the vibes of sitting on the Hotseat with official music, sound effect, country-dedicated sets, and host behavior. There is everything to make you feel the part of a real TV show. The game is dedicated to all 6 iconic countries like the United Kingdom, the United state of America, Spain, Italy, France, and Germany. The questions are specially dedicated to these countries in their languages.

Here are some features of the game- 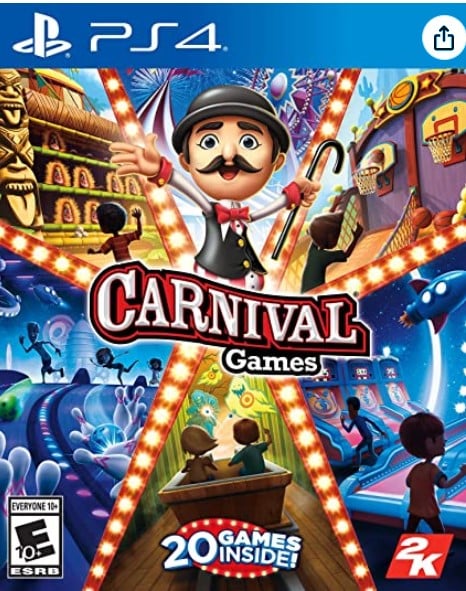 If you want to enjoy gaming with your family and friends, Carnival Games Nintendo Switch is for you. Carnival games offer you and your friends to experience the enjoyment of going to a carnival where you can play many games and win the prize. The game is a multi-function package. You can play different kind of games like domestic runs, pile the best stack of cakes, take your house to the end line with 20 min different video games on one platform.Your friends and you can win as much as want and with Nintendo Switch, the Carnival Games revel in may be loved anywhere, whenever.

A real fun experience of carnival- When you go to any fair or any carnival, the things that make you excited are the different variety of games. Some classic games are always in every carnival like shooting balls. The same thing you can experience here with your friends in this game. You can play many games such as shooting Basketball, taking down unfriendly clowns,flying drone racing, Cosmic bowling and upto 20 games.

Multiplayers game- The game is a good way to make family and friends together. You can play with three more friends of yours. Total four members can participate in the gameplay and enjoy the fun of going to the carnival together.

That is it for today! I shared the preview and details of those best games. You need to select the best one for playing. I am also going to write a new article, till then you keep playing and win a lot of gold.

Till then, tata and bye-bye