Hey, all Nadals and Naomis!

Most of us had a tennis player crush in our childhood. And It is obvious because tennis is a more glamorous game if we compare it to others. The game is full of pace, strategy and focus. We all know about the big three of the game, including Federer, Nadal and Djokovic; it doesn’t depend on whether you play and watch tennis. Most of us do not play tennis, but it always attracts us.

But what is not possible in this technological world.

You can do whatever you want to do.

And so you can play tennis games also in the technological world. You need to purchase a good PS4 game and start playing it. Numerous tennis games are available online that can make you feel like you are among the big three of the tennis world.

Today I, Shyami- the tech player, brought you the 17 best PS4 tennis games available online. It would be best to read the whole article before making any purchase to choose something that fulfills your expectation more. 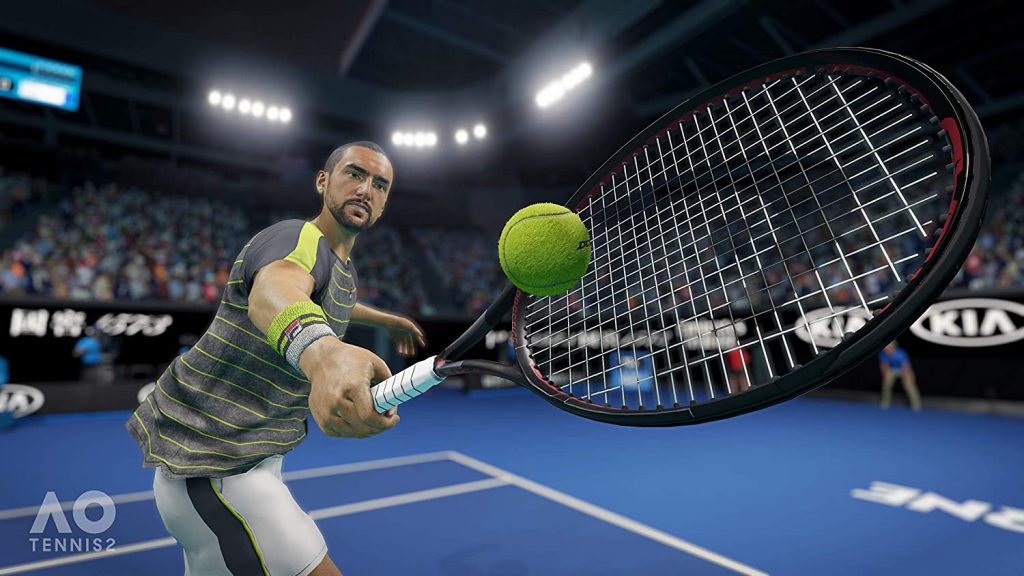 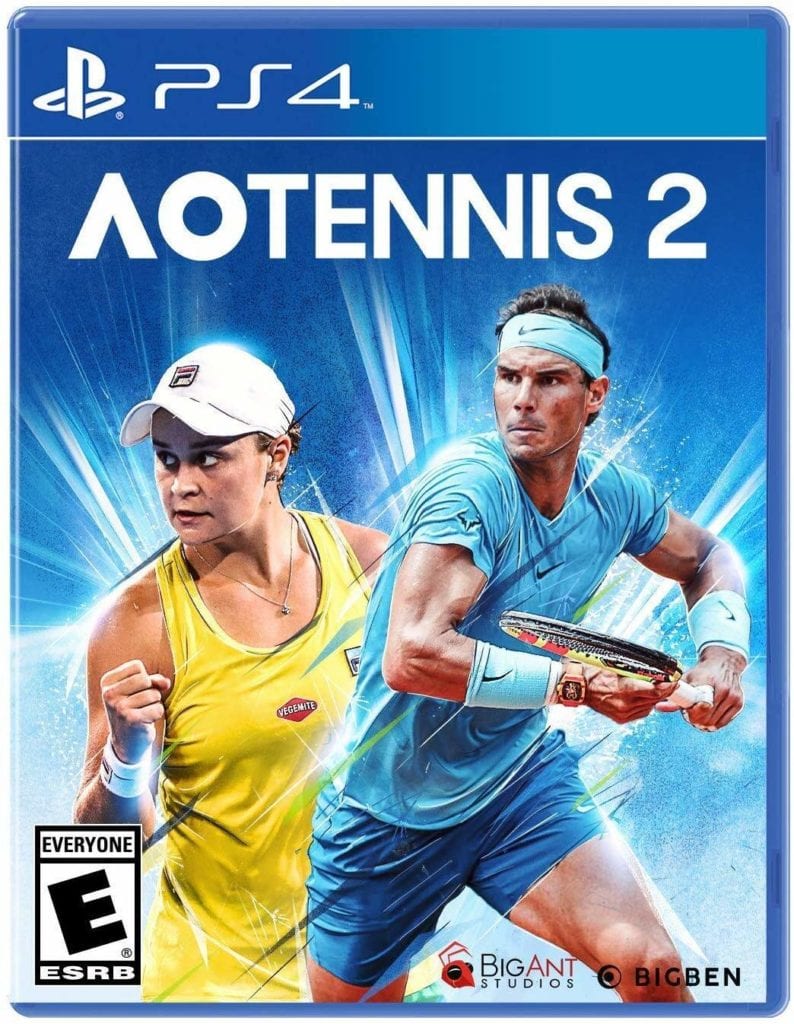 AO is one of the latest additions to PS4 Tennis games. It instantly became one of the best PS tennis games. They love it because of the excellent animations and graphics. The game also has two modes. The career mode and a single-player mode. The career mode lets you start from the bottom to the top. You start as an amateur tennis player and work hard for the pro title. The single-player option has you playing against the technology that made the game. AO Tennis has the option of modifying your character. You choose how they dress and how they appear.

This game is a fun way to learn about the ins and outs of Tennis without stressing yourself. It is 100% recommended for any gamer to try it out. 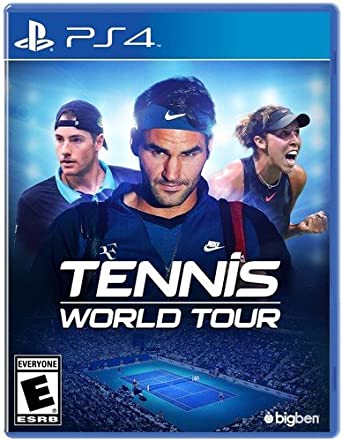 This is also a favorite with tennis players from all over the world. It was dropped two years ago and it was not popular at that time. The main issue is that it only offered single-player mode, and people wanted more game modes. After fixing this, the game came back with a career mode. It does not provide as much as AO international Tennis, but it is still quite good.

If you are looking for an easy tennis game that does not have complicated game instructions and straightforward, then this is the game for you. 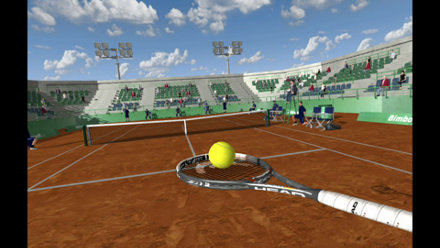 From the name of the game, you can see that it is a Virtual Reality game that means you will need PSVR pads. This game dropped in 2018 and became an instant hit because it puts you virtually in the tennis court. Ou get the feel of holding the racket and swinging it to hit a ball. People love this game a lot because challenges are hard and the AI technology pushes you to the limit.

If you love a challenge then this is the game for you. You get to experience conditions similar to players in a real tennis court. To play the game you will need to get yourself PSVR equipment but it is totally worth it. 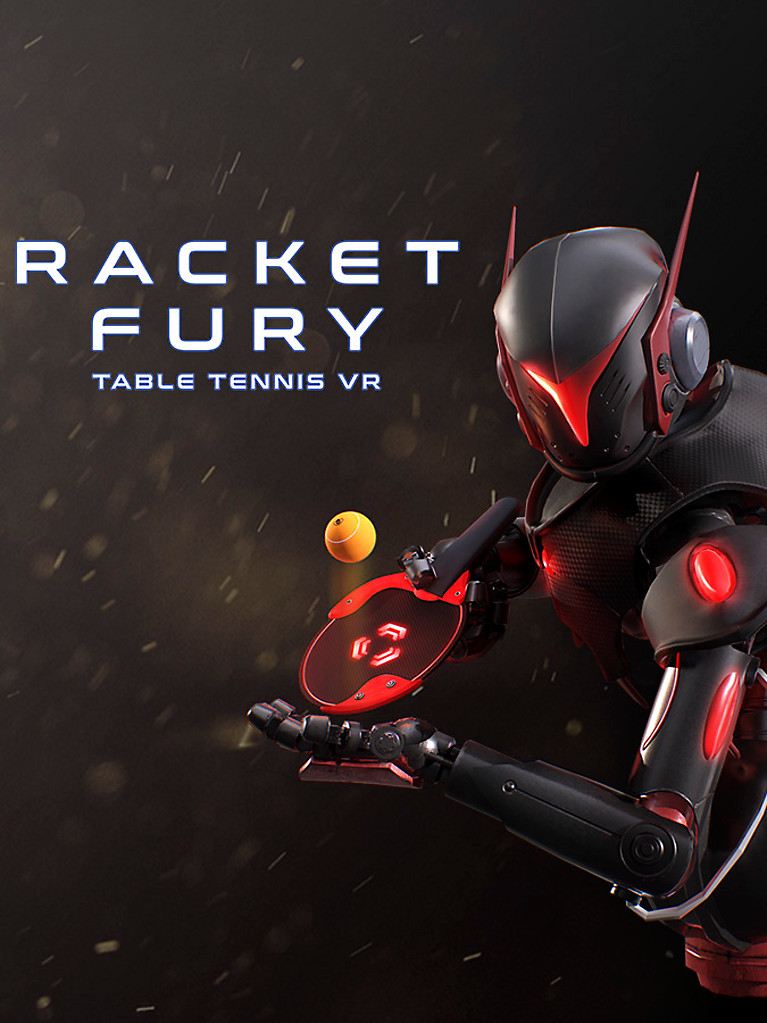 Racket Fury is yet another VR PlayStation game that requires you to have PSVR equipment. The game has actual robots. Yes, robots, the developing team, made sure to add robots in the game to make the single-player mode more exciting. When you choose the single-player mode, you battle against AI robots, interesting, Right?

Anyone that loves VR games will also enjoy this game. You will be tested and learn so much about the game of Tennis. 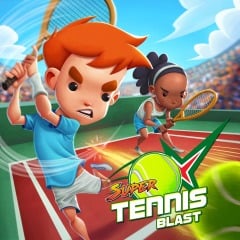 At first glance, the graphics of this game may make it look too childish or amateur because the characters are tiny adorable cartoons. Do not be fooled by the animations; this is genuinely a real tennis game. It has a multiplayer mode meaning that you can get playing with your friend. In addition to that. You can also play doubles. The game has tennis moves, which will make you feel like you are really in the field.

If you are into more challenging games, then this is yours. If you also love playing with friends and sharing the fun, Super Tennis Blast is the game for you. 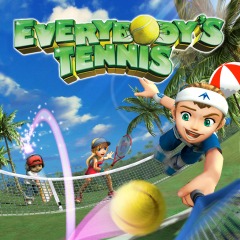 Everybody Tennis is a later version of the game; this is because the game was first available on the PS2 and later developed for PS4. That goes to say a lot about the game. People loved it so much that a more updated version had to be made. This game features a multiplayer game mode that allows you to play one on one with a friend and also take part in a thrilling doubles match. The graphics and animations in this game are also outstanding.

This game is a beloved one. That makes it full of new features because it was once a PS2 game. Because of this, the updates are logical and from research. 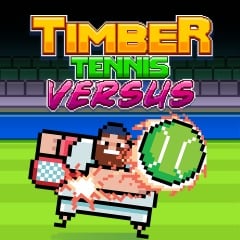 If you are a fan of fun games that are not conventional, then this is the kind of game you need. Timber Tennis is the game you start your kids in as they grow older and learn more.

Tennis In the Face 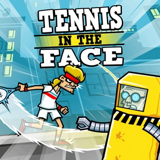 Okay, this is by far the furthest thing from the game of Tennis, but it still employs features of the great game. This game has a storyline to it. The character needs to destroy an energy drink company before it eliminates all humankind. The main character uses a racket and tennis ball to reduce the enemy.

It is a fun take on Tennis. It uses exciting characters to make the game more compelling. It is excellent for children.

Top Spin is a single-player game that was dropped in 2011. It has excellent graphics. The single-player mode is the only game mode. You compete with the technology behind the game.

Top Spin is a game that does not require a lot of effort to play. It is easy and fun to win a match. You can play against the technology that made it. 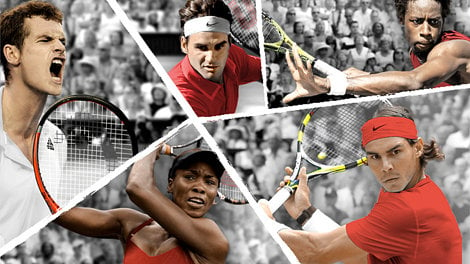 Though not available, this game is lastly available on PS3. A lot of people and gamers describe Virtua Tennis as the best tennis game. It has incredible graphics and teaches you about the game of Tennis. People are eagerly waiting for the release of Virtua Tennis 5.

From the previous versions of this game, you do understand the hype behind it. The earlier versions have excellent graphics and the feel of a real tennis match. 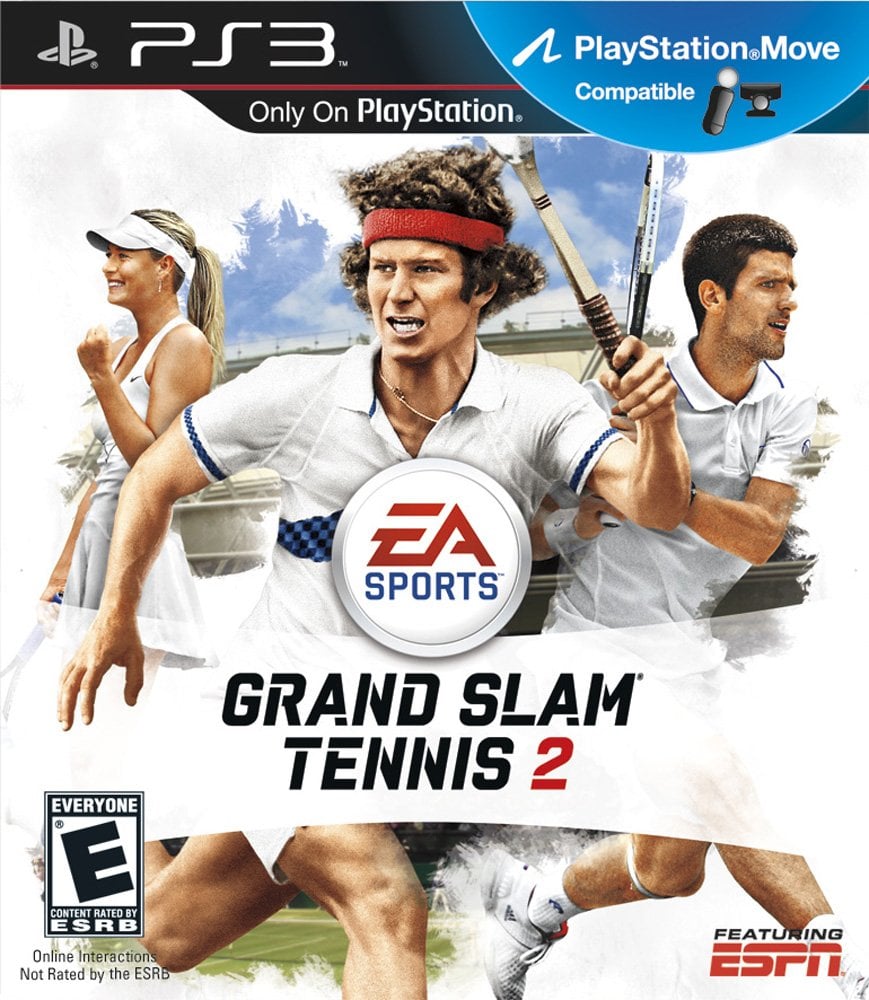 This series of tennis games is brought to us by EA games. EA games have one of the best sports games that include football. If Grand slam three will be anything like Grand slam two available on ps3, then it will be a decent game to play. 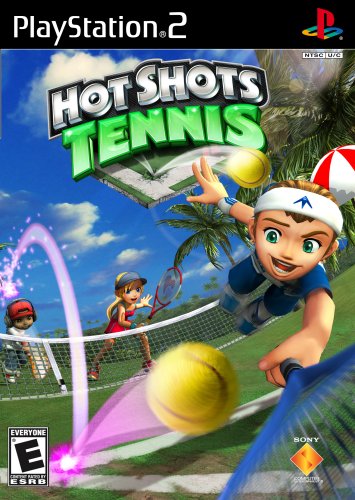 The developers of the Hotshot series have already developed a Hot Shot Golf that is compatible with the Ps4. It is only a matter of time until they roll out the Ps4 version of the much-awaited for the game.

The rolling out of the Ps4 version of the golf game gives tennis players hope that they will make a tennis game that is compatible with Ps4.

Top Spin is yet another game that is being eagerly waited for by a lot of gamers. The previous games were a hit, and the ps4 version of it is in the works. Based on the earlier games these are some of the features to look up to; 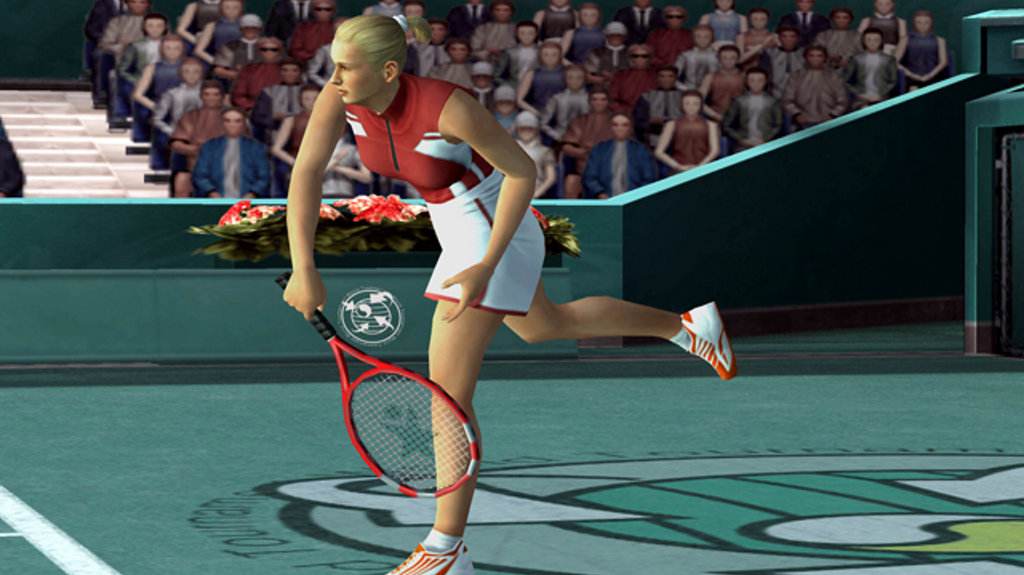 The last version of this game was for the PS2. The game was a hit back in the day. Fans all over the world are eagerly waiting for the release of the compatible PS4 version. From the previous version, this is what to expect: 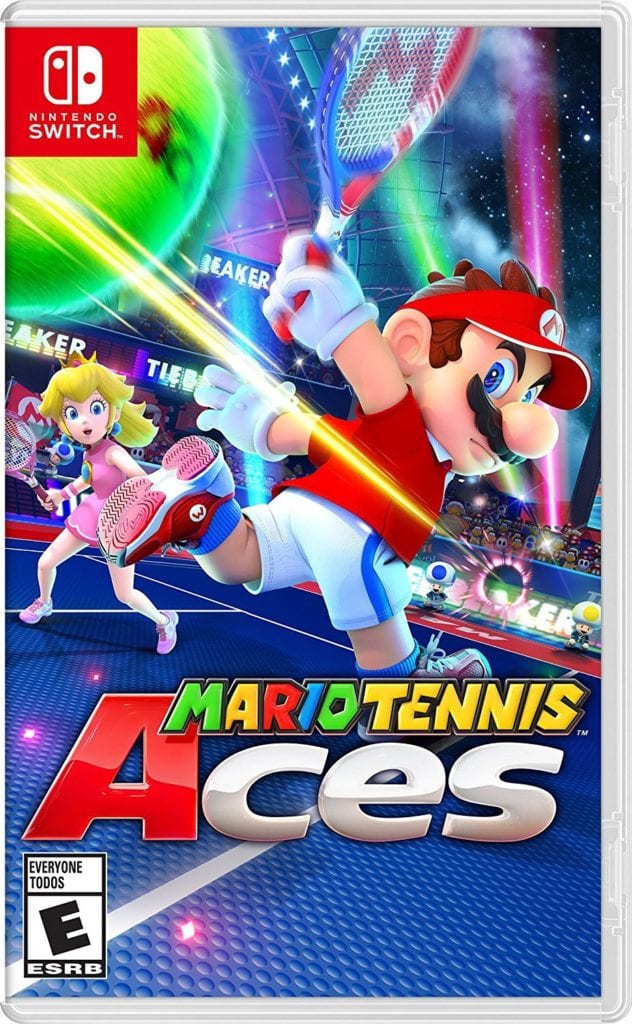 Mario is a beloved character in our childhood. A ps4 based on him is being expected. The game will be full of fun characters and excellent graphics.

If you enjoyed the game of Super Mario, then this tennis game will make you relive those times. 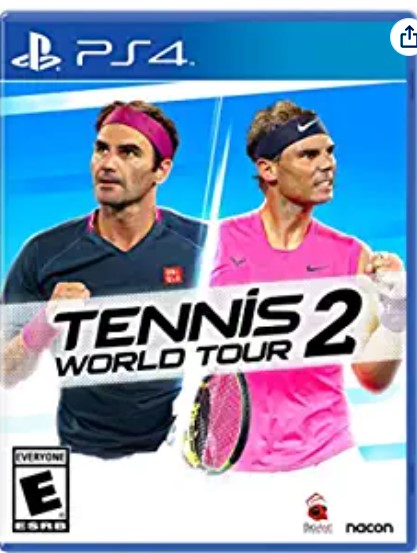 Maximum Games develop the game. This tennis game lets you compete with the world’s top tennis players. You are also free to create your player that can dominate the world rankings. Tennis world tour 2 is the sequence of tennis world tour 1, and It provides an opportunity to experience the original form of tennis where the fastest-paced gameplay matters. It also enhanced animation, creating the most realistic tennis stimulation among the same category of games. You have the choice to play tennis either in a single game or in double games. There is a multiple game mode by which you can challenge your friends or other people locally or online. The game is a great tennis video game, especially the characters to customize for a real ATP tour experience. Players also can get involved as they want, like the return velocity, taking out grunts players make etc. You do not need to be a tennis expert in playing this game. The game is developed for all ages.

Here are some highlighted features of the game that you should know. 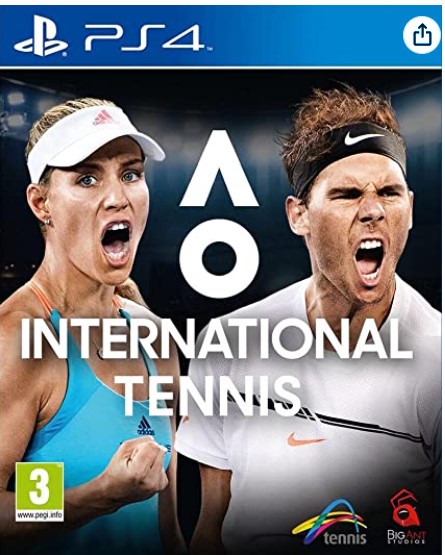 FunBox Media develops the game. The game is counted among the most advanced tennis games. The game contains fully licensed, photo-realistic players with historical data to enhance the AI in the game. So that the players can play the game with real-life counterparts, you can consider it the most in-depth game as it has comprehensive career, tournament and online play modes. The game has a license to include all the big stars of the Tennis universe. The game has real-life players like Rafel Nadal, Angelique Berber etc. The game has not only those superstars who are currently ranking at the top. But It has future icons like Naomi Osaka, Hyeon Chung etc. You can follow your heroes through the biggest tournaments. In the game, you will play glamorous and prestigious tournaments worldwide. The matches and tournaments are on all three surfaces: tennis court, grass and clay.

The game is undoubtedly full of features. So, some of its features are described here.

That is it for today, my friends!

The list of the best 17 tennis games is here. I am confident that you have come to some good games up to your expectations. So, do not wander here and there to find the best tennis game for you. Just click on the link given below and Purchase the game for yourself.

Till then, I am also going to write a new article.

See you soon in the next article…