Human beings have always had a penchant for interlaced things with fantasy and unrealistic imaginations, which gave rise to the concept of Science Fiction or Sci-Fi. Science fiction is anything that merges science and fiction to create a fantasy world usually based shortly.

Movies, books, television series are replete with stories having sci-Fi as the main plot. Likewise, games to science fiction have ruled over all other genres because of their enthralling graphics and interactive gameplay. Action and combat are some of the sub-genres of the most popular Sci-Fi games and have managed to capture the fickle attention span of the young mass.

Before you start with the harmful effects of video games on our brains, consider the fact that researchers have proved that playing video games stimulates our grey matter and helps us reinforce our learned skills. So what are you waiting for ?

Grab your PS4 now and have a look at the best Sci-Fi games PS4 has to offer. 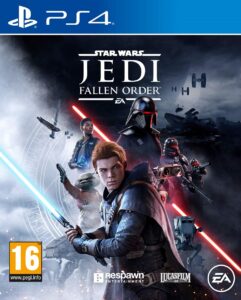 Developed by Respawn Entertainment, this game was released on PS4 by Electronic Arts on November 15, 2019.

You cannot speak about Sci-Fi games without considering this forever popular game. This game is based on the immensely popular TV series Star Wars and is set in the Star Wars Universe. There are many Star Wars games on PS4, but this one beats all of them with its modern graphics and stimulating gameplay. The plot revolves around Jedi Padawan, who is on a mission to re-establish the fallen Jedi order. The game mode follows the combat style, and you explore new worlds while fighting off enemies ranging from animals to complex aliens. A customizable lightsaber serves as your weapon and helps you defeat your enemies. As the game progresses, you earn new features which unlock more worlds. There are resting areas known as ‘Meditation Circles,’ which refill your health and energy. An interesting new feature includes fighting with custom-made enemies to attain invincibility. 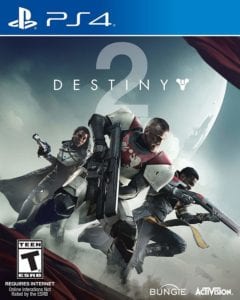 Developer giant Bungie created this game, and it was published by Activision on September 6, 2017.

Set in an imaginary Sci-Fi world, this is an online multiplayer first-person console shooting game boasting immersive gameplay. Unlike its predecessor, this sequel to ‘Destiny’ was lauded for its gripping storyline and satisfying animation. You take on the role of a guardian and save the last safe city on planet Earth from the hands of Warlord Dominus Ghaul, leader of a race known as Cabal. Ghaul bereaves your city from all the light, which is your only energy source, and throughout the game, you fight enemies to restore that light. It has two game modes, Player versus Environment and Player versus Player. You get to explore new worlds, unlocked after reaching a certain level and attaining various capabilities. There are three classes of characters, hunter, warlock, and titan. Each class has three sub-species and unique capabilities which will help you ward off your enemies. 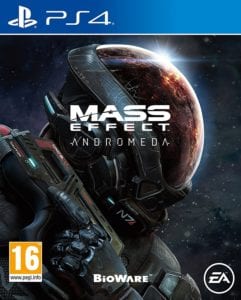 This game was created by BioWare and released by Electronic Arts on March 21, 2017.

The plot revolves around human civilization, establishing their population in the faraway Andromeda Galaxy where the game is set. Four races of humans deploy 20000 individuals each on a mission to Andromeda that lasts for 600 years. The purpose is to establish a new colony on Andromeda with Nexus as its headquarters. The main theme is exploration, during which you have to combat enemies who try to destroy your establishments. You’re given a choice between two protagonists, Scott and Sara Ryder, whose responsibility is to guard the Nexus against alien invasions. The enthralling combat mode has breath-taking details which add to the game’s credits. The various skills include attacking through gunfire, flamethrower, or a crowd attack on enemies. It also has a multiplayer mode having a wide range of creatures to choose from. 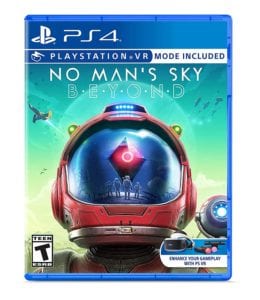 This game is the brainchild of video game company ‘Hello Games’ who released it on August 9, 2016.

If space exploration has always been your fantasy, then this game is made for you. Boasting around 18 quintillion worlds to explore, this game is sure to leave you breathless with its interactive gameplay and mesmerizing graphics. The sole purpose is to survive in unknown territories of the atmosphere after your spacecraft is destroyed. Your character is a humanoid with alien-like features and is equipped with a spacesuit and tools to help you find resources and progress through the world. You earn currency by exploring undiscovered planets, alien worlds, and unique flora and fauna, which you can use to upgrade your skills. You can pin your discoveries to the atlas, which are accessible to all the players around the world. 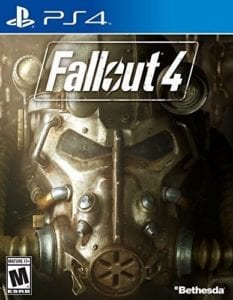 This was developed and released by Bethesda Softworks on November 10, 2015.

It’s a single-player, survival cum action game in which you play the character of a survivor of an apocalypse. It’s set in Boston city and its surrounding areas, and together they’re known as the Commonwealth. The gameplay is similar to the previous versions but is more effective in terms of interaction, new features like more looting objects, and better graphics. This game aims to survive in the post-apocalyptic world by exploring new worlds and unlocking more skills. You are attacked by a myriad of creatures ranging from rodents to complex mutants. This is a shooting-based game and has over 50 guns to choose from. You can even build new settlements from raw materials collected by breaking certain objects. 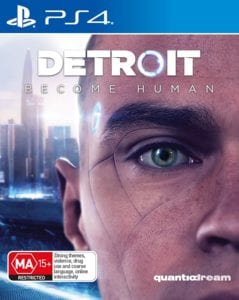 This game was developed by Quantic Dream and published by Sony Interactive Entertainment on May 25, 2018.

The story is narrated from a third-person viewpoint and offers multiple characters to choose from. The plot takes you to a futuristic world where androids are the caretakers of households. The rebellion of the protagonist android caretaker Markus who fights to free more androids like him of the slavery imposed on them by humans forms the main theme. The other main characters to choose from are Kara and Connor. The best thing about this game is the uncertainty and the multitude of possible endings that depend on the decisions you make while playing. 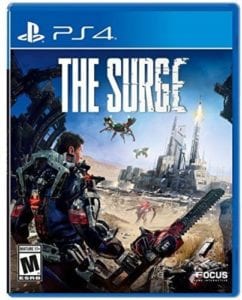 The surge was developed by Deck13 and released by Focus Home Interactive on May 6, 2017.

This is set in a fictional future Earth riddled with diseases and a rapidly ageing civilization. It proves true the speculations of recent times that technology will take over human jobs in a few years. The game mode is active and uses role-playing. The main character is of Warren, an employee in a tech-giant company CERO. You are equipped with an exoskeleton with which you fight off the enemies which are advanced robots and types of machinery that try to wipe off the human population. 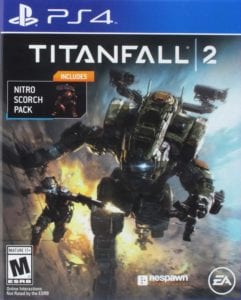 Developed by Respawn Entertainment, this game was released by Electronic Arts on October 28, 2016.

It has both single-player and multiplayer gaming modes. The narration is the first person involving the protagonist Jack Cooper who is handed over the responsibility to safeguard the planet Titan BT. His spacecraft wrecks on the planet Typhon and he has to wade through multiple levels fighting enemies and hostile environmental conditions. The gameplay is better than the previous version and uses immersive techniques. 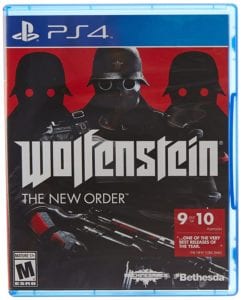 This game was developed by Machine Games and released by Bethesda Softworks in May 2014.

The protagonist is a war veteran named William B.J. Blazkowicz, whose main aim is to stop the Nazis from ruling over the world. It has a single-player mode and offers a variety of choices to test your morality. There are many small characters with subplots that also add to the overall experience. It’s a shooting game and requires you to shoot your enemies and safeguard yourself from them. It utilizes a health system that depletes when you’re hit by an enemy. The combat technique is applied throughout all the levels, and you’re provided with plenty of guns and rifles to choose from. 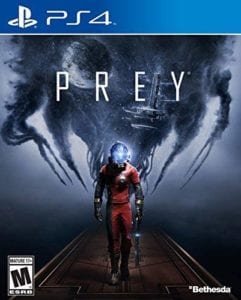 It starts with a failed attempt at assassinating John F. Kennedy, which leads to a boost in space research missions. A research centre to study outer galaxies is established in outer space to study newly discovered alien races. It’s a first-person shooting game that requires you to choose between certain options to progress further. 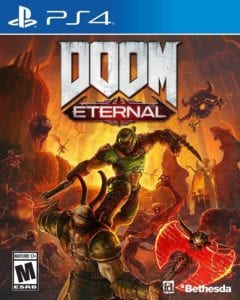 It was developed by id Software and released by Bethesda Softworks in 2020.

It’s a first-person shooting game and follows the original Doom video game. It’s the 5th game in the overall Doom series, and you take on the role of a Doom Slayer who has to fight evil forces from other worlds. The story is narrated from a first-person perspective. As you progress, you acquire health, new armour and various weapons. It has a multiplayer mode too. 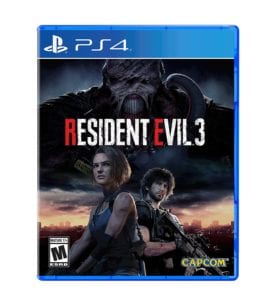 This game was developed and published by Capcom on April 3, 2020.

The plot is that of a zombie apocalypse, and you have to survive in the post-apocalyptic world by fighting off zombies. It has a first-person narration and also includes a multiplayer mode. 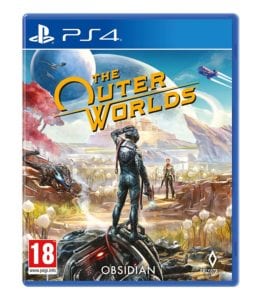 This game was developed by Obsidian Entertainment and released by Private Division in October 2019.

It includes an action-role playing mode and is set in an alternate future. It has political undertones too. You have to embark on a space mission to Hyalcon and colonize it using the equipment that you earn. 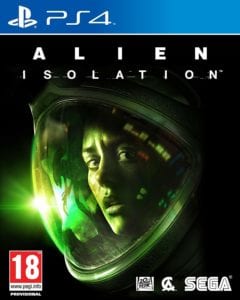 This game was developed by Creative Assembly and published by Sega on October 7, 2019.

It has a survival horror mode and is based on the 1979 movie, Alien in which the protagonist discovers alien worlds in search of her mother.

No Code developed this game. It is a game made for space buffs and is based on 2001: A Space Odyssey. The game is narrated from the ship’s point of view that has artificial intelligence. It’s an interesting game, and the environment includes a detailed depiction of the NASA space station. Players can closely follow the activities of an astronaut and fight with Alien enemies.

2 Different Ways to Turn Off Your Playstation 5 (PS5)