Video games are a vital source of entertainment and an important stress buster nowadays. Starting from the teenagers to the working class, men and women in their late forties depend on these video games either as a source of releasing stress or taking a break from their busy scheduled lives. Video games vary from one another based on their genres or say types. We’re here today to discuss a rare genre of games. Parkour games are a type of video game that involves military-based voluntary or involuntary movements or actions such as running, climbing, jumping, vaulting, rolling, and many more by the protagonist character along with the other involved co-characters. Let’s have a look at the top 15 PS4 Parkour games. 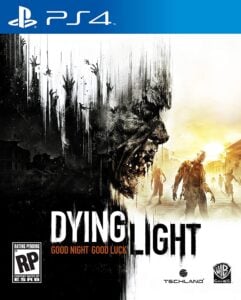 The action-adventure game “Dying Light: Bad blood” was launched on 13 September 2018. The survival game was developed and published by Techland. Hence, it is the most recent part of the dying light series and has been highly praised by critics. The player in the game has to be a free runner who runs throughout to break and destroy the zombie hives and fight with them to collect the blood samples and get rewarded by improving your character. 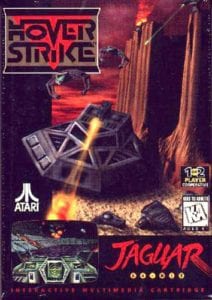 The single and multiplayer Parkour game “Hover” was launched on 6 April 2016. It was developed by Midgar Studio and Fusty games and was published by Midgar studio, Dear villagers, Plugin digital, PM studios, and Plugin digital S.A.R.L. The game is set in the futuristic world of the three-dimensional platform where Hover exists. It is more about the struggle of the dictator admin after the cut of communication with the Galactic Union. 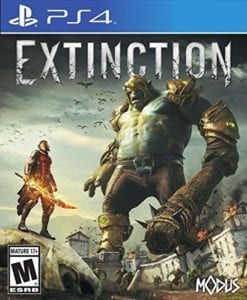 The action game “Extinction” was launched on 10 April 2018. It was developed by Iron Galaxy and was published by Maximum Games. The game is inspired halfway from the series Attack of the titan. The game received a mixed critical response from the critics and won numerous awards for the same. The gameplay is the game coincided with the gameplay of Shadow of the Colossus partially. 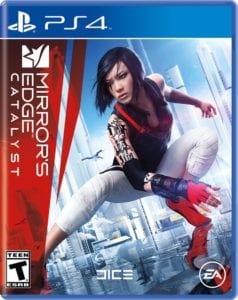 The first person platform action-adventure game was launched on 7th and 9th June 2016 for North America and Europe respectively. It was developed by EA Dice and was published by Electronic Arts. The plot of the game is set at Dystopian which is also a city of glass. The combat game received a great appreciation from the critics and been ranked as one of the best games so far. 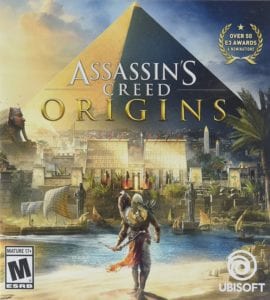 The action-adventure game “Assassin’s creed: origins” was launched on 27 October 2017. It was developed by Ubisoft Montreal and was published by Ubisoft. The ancient Egypt stealth game is the tenth major game of the Assassin’s Creed series which was highly appreciated and praised by the critics and been ranked as one of the best games of Assassin’s creed so far. In the game, the player is named as Bayek who’s a Medjay and saves the spreading of the upheaval, the Pharaoh along with his wife, Aya. 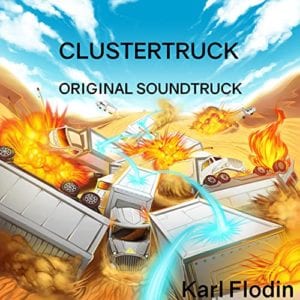 The indie platform game “Clustertruck” was released on 27 September 2016. The game was developed by Landfall Games and was published by tinyBuild. In the first-person perspective game, the player is released to jump into the lanes of trucks and dodging them without creating any pile-ups or crashes. The game was highly appreciated by the critics and been ranked as one of the best games so far. It was mostly played for entertainment purposes due to the presence of a fun element in the game. 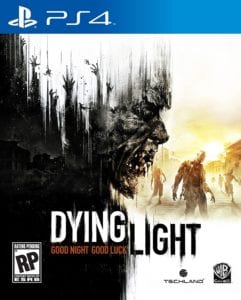 The survival horror game “Dying light” was released on 28 January 2015. It was developed by Techland and was published by Warner Bros. Interactive Entertainment in collaboration with Techland publishing. The action-adventure game can be played over both the single-player as well as multiplayer modes. The game revolves around the protagonist who’s an undercover agent been sent to a quarantine zone due to the zombie invasion. 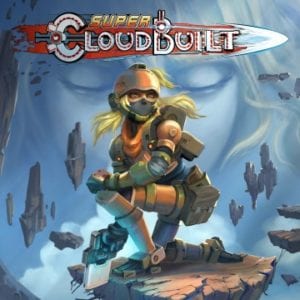 The action game “Super Cloudbuilt” was launched on 25 July 2017. It was developed by Coil works and Double eleven and was published by Double eleven. The three-dimensional rocket-powered game was highly appreciated by the critics. In this game, the player has to roam around in free hands so as to find the enemies, fight and defeat them to sideline all the obstacles to proceed in the game. One can compete with all other players internationally when the ranks of the players are displayed under the same list. 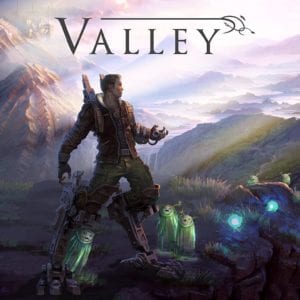 The action-adventure game “Valley” was launched on 23 August 2016 in the first-person perspective. The game was developed by Blue Isle Studios and was published by the same studio as well. The unity engine based game was a huge commercial success and won numerous awards. In the game, the player is given supernatural powers to explore the valleys and the animals out there. The plot of the game is set in the futuristic world between the rocky mountains. 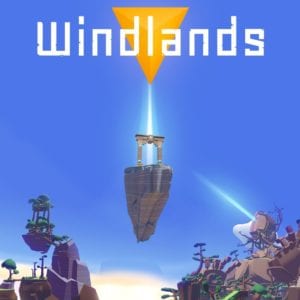 The adventure game “Windlands VR” was launched on 5 April 2016. It was developed and published by Psytec Games Ltd. In this indie game, the player has to explore the ruins of the fallen world by grappling hooks. The game gives an idea of the Marvel comic “Spiderman” who also travels and explores the city by grappling hooks in and around. The game received great appreciation from the critics. 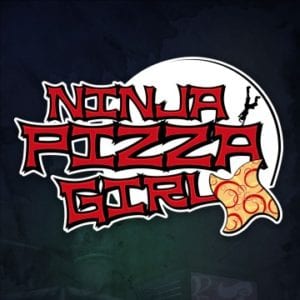 The action arcade game “Ninja pizza girl” was launched on 30 September 2015. It was developed and published by Disparity games. The story revolves around the protagonist who’s a girl working for the pizza delivery ninja so as to fetch her father independent pizzeria. The game with the sixteen years old is about self-esteem and bullying. This game was highly appreciated by the critics and had to go through a few controversies cause of its serious contents. 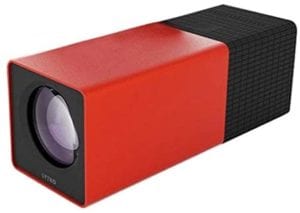 The racing genre game with the Parkour twist “Lightfield” was launched on 26 September 2017. The futuristic game was developed by Lost in the garden and was published by the Lost in the garden entertainment yet again. In this game, the player has to race with weird-looking vehicles with the co-players where you can drive anywhere you want. May it be a wall of a building. The game is also known to be a combination of science fiction as well as superfast racing. 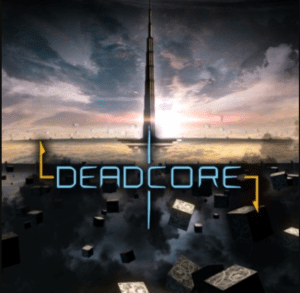 The platform game “DeadCore” was launched on 17 October 2014. It was developed by 5 bits games and was published by BANDAI NAMCO Entertainment. The entire game revolves around the protagonist, who speed runs, explores, and solves puzzles to fill the scoreboard. The game was highly appreciated by the critics and has been ranked as one of the best games so far. The game has also been one of the most award-winning games of 2014 and was recommended to all types of gamers. 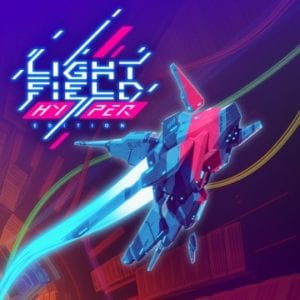 Yet again, another version of the futuristic game, “Lightfield Hyper edition,” was launched on 14 October 2017. This game is the sequel of the game “Lightfield.” It was developed and published by Lost in the garden and known to be better than the existing version of the game. The player races along with the other co-players in and around the futuristic city in a weirdly structured vehicle that can race through the walls and on the buildings. This game has similar gameplay as the existing version yet launched with more power and graphics added. 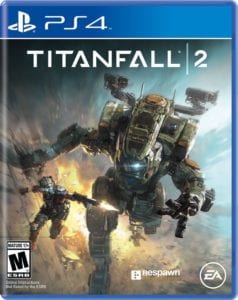 The first-person shooter game “Titanfall 2” is the sequel of the game “Titanfall.” It was launched on 28 October 2016. The game was developed by Respawn Entertainment and was published by Electronic Arts. In this game, the player plays the role of titan and follows the story of Jack Cooper. It is set in the futuristic world in which the protagonist threatens the universe to destroy harmony as revenge for his mentor’s death. It was developed over two whole years, starting from the middle of the year 2014. The game is also known to be inspired by the game “Half-life.” The game can be played both over the single-player as well as multiplayer modes. It was highly appreciated by the critics and ranked as one of the best Parkour games so far.

Parkour games are a type of genre that can be found in collaboration with other genres in most of the games. This genre is not preferred by most gamers and hence is rarely available in video games involving a gaming console such as PlayStation 4. Parkour games mostly contain free-hand moving of the protagonist or the main character to move or travel anywhere they want to. Such games are decisive only if the player sticks to the mission and doesn’t choose to roam around. But then, we must say that Parkour games, irrespective of the point that they aren’t preferred by many, are indeed a great choice.