You all love gaming, even I do. Video gaming or e-sport is somehow a sensation of our youth. We can say that your youth is incomplete if you don’t play video games. It may be the difference in interests, but video gaming is for all. It takes you to a world equally open to everyone.

There are so many options for playing video games; for example, you can play any sports games,  action,  and thrill games or some racing games.

There are unlimited genres in gaming. Among all these genres, A particular genre of Mystery games is liked by some exceptional gamers. If you do not know what the mystery gaming is; Read this-

What is mystery gaming?

If you wonder what game you should download, I have the solution. So, in today’s article, I, Shyami-the tech player, will tell you 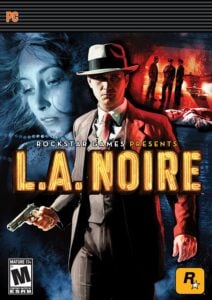 It was developed and published by Team Bondi and Rockstar games, respectively. The entire plot of the game is set in 1947 Los Angeles, where the player has to work as a cop who investigated and solves the crimes by following the leads. 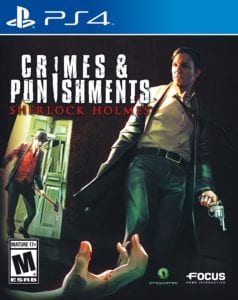 The adventure genre mysterious game “Sherlock Holmes: Crimes and Punishments” was launched on September 30 and October 3, 2014, depending on the place of release.

It was developed and published by Frogwares. This game is set in 1894-95 London, where the player has to solve six criminal cases involving thefts, murders, and disappearances and has to make the right moral decisions in for or against all of them.

The wolf among us 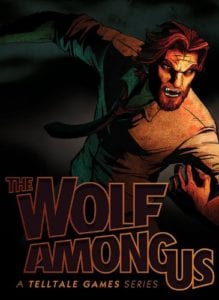 The mysterious graphic adventure game “The wolf among us” is among the very few episodic games. There were five episodes of the game, and all were released on different dates. October 14, 2013, being the marked day of the launch, was given a great set of appreciation by the critics.

The game was developed and published by Telltale Games and is considered the comic book’s prequel “A wolf among us.” The game can only be played in single-player mode. 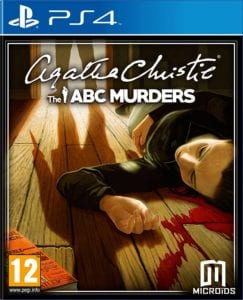 The mysterious adventure genre video game “Agatha Christie: The ABC Murders” was launched on 4th and 23rd February 2016 for PlayStation 4 platform depending on Europe and North America releases.

It was developed and published by Artefacts studios and Anuman/Kalypso respectively.

The plot of the game deals with the basics of a murder, and it’s an investigation to solve it. The game is a part of the Agatha Christie series and was highly praised by the critics after its release. 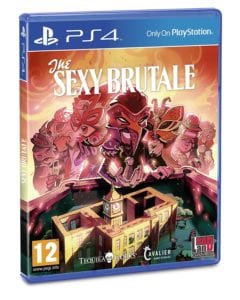 The adventure mysterious video game “The Sexy Brutale” was launched on April 12, 2017, for the PlayStation 4 platform.

It was developed and published by Tequila works in collaboration with Cavalier game studios for the development alone.

The story revolves around the protagonist Lafcardio Boone who’s a preacher. 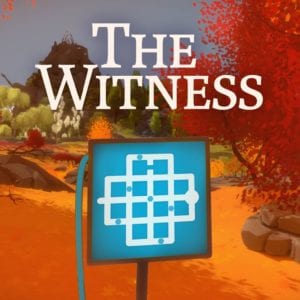 The mysterious puzzle game “The witness” was launched on January 26, 2016, for the PlayStation 4 platform. The game was developed and published by Thekla, Inc.

It received a great appreciation from the critics and was ranked among the best.

The single-player game works in a first-person perspective view where the protagonist visits and explores an unknown island. The game is about the struggle he/she faces in order to survive on that island. 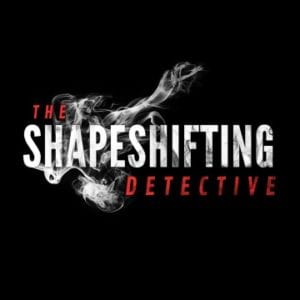 The supernatural mystery game “The shapeshifting detective” was launched on November 6 2018. It was developed and published by Wales interactive in collaboration with D’Avekki studios Limited and Wales interactive respectively.

In this murder mystery game, the protagonist or say, the player plays as a detective who’s investigating a murder.

The detective having supernatural powers can shapeshift into other characters so as to listen to private conversations. The game was highly appreciated by the critics. 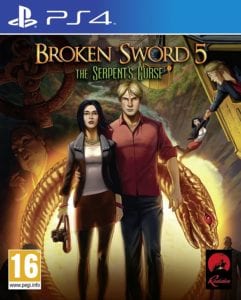 The point and click adventure mystery game “Broken sword 5: The serpent’s curse” was launched in two different dates that are December 4, 2013, and April 17, 2014, respectively.

The game was developed and published by Revolution software which received a great appreciation by the critics. The game sold millions of copies in just a few weeks after its release.

The plot of the story revolves around a theft investigation and the journey, along with the struggles associated.

The vanishing of Ethan Carter 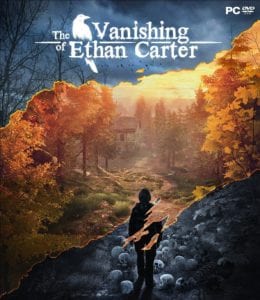 The horror mystery game “The vanishing of Ethan Carter” which has immense adventure associated was launched on July 15, 2015, for the PlayStation 4 platform.

This game was developed and published by The astronauts. The protagonist in the story acts as a detective who’s on duty to solve the mystery behind the murder of the Carter family.

The player can roam about anywhere he or she wants to yet be conclusive about the murder mystery. The game received a great appreciation from the critics and been ranked as one of the best among the few. 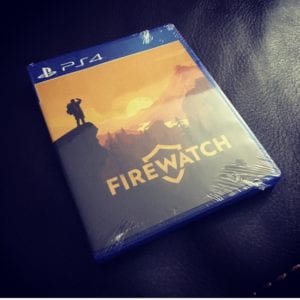 The adventure mystery game “Firewatch” was launched on February 9, 2016, for the PlayStation 4 platform. The game was developed and published by Campo Santo and panic, along with the collaboration of Campo Santo again. The game was too hyped and was highly appreciated by the critics. It is a single-player game.

The plot of the game was set a year after the Yellowstone fires of 1988. This game was awarded for the best 3D visual experience at the unity awards 2016 and the best indie game at the 2016 golden joystick awards. 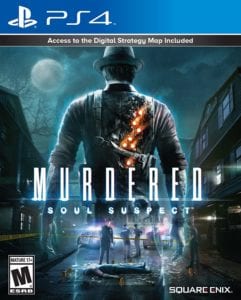 The adventure mystery game “Murdered- Soul suspect” was launched on June 3, 2014. It was developed and published by Airtight Games and Square Enix, respectively.

The third-person view game can be played only on the single-player mode. The entire game plot revolves around a detective named Ronan O’Connor, who investigates a serious crime like murder and tries to catch the guilty.

After a point in the game, the detective finds a series of suspects, and it’s the part of the game that the player has to find the guilty among the prime suspects. 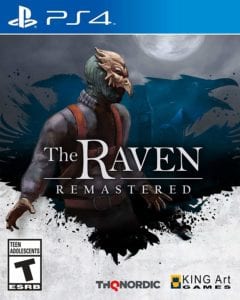 “The raven remastered” is one of the few episodic games existing so far. This game is considered the sequel of the game “The raven: the legacy of a master thief.” It was launched worldwide on July 23, 2013.

The game was developed and published by King art games and THQ Nordic, respectively. This adventure game can only be played in the single-player mode and has a plot that revolves around the protagonist,

who’s a thief and was impossible to catch. The game was highly appreciated by the critics and has been ranked as one of the best games. 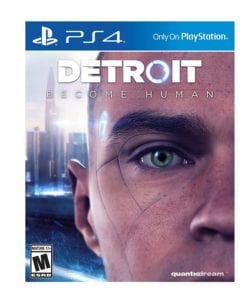 The adventure mystery game “Detroit: Become Human” was launched on May 25, 2018, for the PlayStation 4 platform worldwide. It was developed and published by Quantic Dream and Sony interactive Entertainment respectively.

The entire plot of the game revolves around three asteroids named Kara, Connor and Markus. The game looks more like a science-fiction game which received great appreciation from the critics. 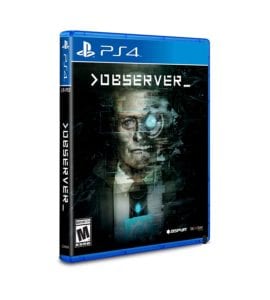 The psychological mystery game “Observer” was launched on August 15, 2017, for the PlayStation 4 platform worldwide. It was developed and published by Bloober Team and Aspyr, respectively.

The game follows the story of the detective Daniel Lazarski who was an expert in hacking people’s minds. The game received great appreciation from the critics and has been ranked as one of the best. 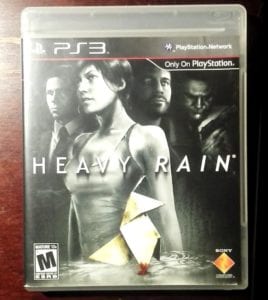 The action mystery game “Heavy Rain” was launched on February 23, 2010, worldwide. It was developed and published by Quantic Dream and Sony computer entertainment, respectively.

This game can only be played on the single-player mode. The interactive drama-based game revolves around the four protagonists who are directly and indirectly involved with the origami serial killer and his mystery. The serial murderer in the game uses heavy rain to drown the victims.

The game developer wrote a script of two thousand pages and utilized four years for the game’s development, one of the longest periods a game ever took for its development. The game was also a commercial success and won the BAFTA awards three times. The game was highly appreciated by critics and sold five million copies throughout the world. 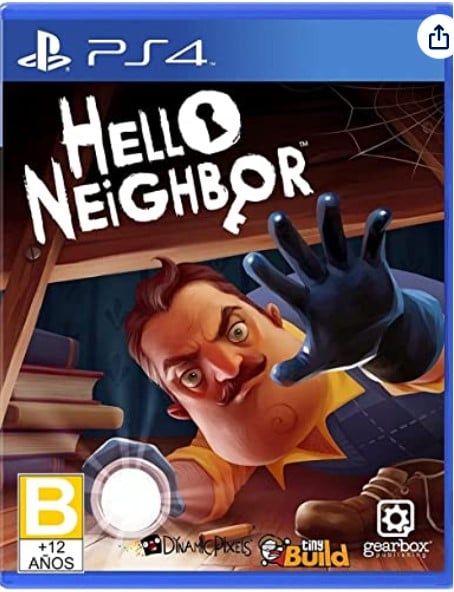 This game is developed by the Gearbox publishing house. The game is a horror mystery game. Here is the storyline of it.

Storyline- The player moves into a new place and meets his/her neighbor, who is slightly weird and mysterious. The Player feels that there is something unusual with his neighbor and he/she doubts if the neighbor is hiding something in his basement.

As the player can not ask directly to his weird neighbor, He decides to sneak into the neighbor’s house to get to know what is there in the basement.

Challenges- The neighbor is not only weird but he is also very strict about his property. You can not get inside his house until you lure him to come out.

The challenge is that he learns every trick you apply on him. For example, If you sneak into his house through the back door; there may be a trap for you.

And if you try to get in from somewhere else, keep the camera in your mind. The neighbor is very clever. It is not easy for you to get into his home.

In the game, You need to be very careful of your mysterious neighbor. He is always vigilant. You can be caught by him sometimes, but you have some option to run away immediately from the nearby door or window.

It is not easy to look into the house of your psychic neighbor.

The game is very interactive and family-friendly.

You can enjoy the emotions of fear and thrill through this game. If you are bored with your usual games, try it.

Here is some general knowledge about the games- 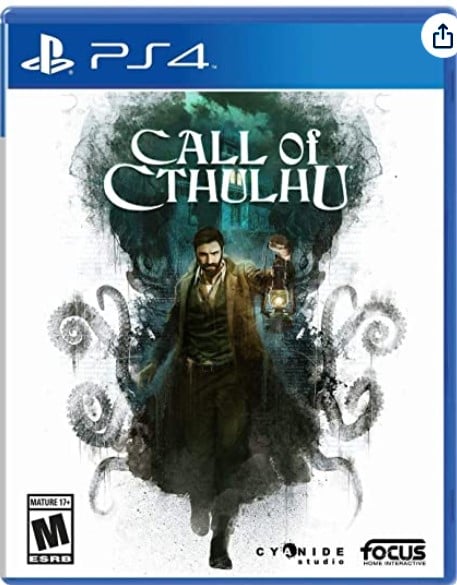 In this game you will experience a new kind of thrill on an island. Here is the storyline of the game.

Storyline- The game will take you to the 1924 era. You will play the role of Edward Prince, who is a private detective and is sent to a deserted island of dark water.

You are here to investigate the tragic death of the Hawkins family. After the start of the investigation, Edward feels like there are so many things in this case that are hidden and Case is not so simple.

He came to the contact of unfriendly local neighbours and friends and found the police report dubious. And all this strengthens the doubts of detective Edward.

But when you go to the mention of Hawkins family; You come across something unusual like the mysterious world of lovecraft, cosmic horror, hidden old God. After investing, Investigation goes into a new world of strange creatures, unusual science and mythological powers.

The game takes you in the world beyond imagination, You can not trust anything around you. These things can be different than they look. You will have to make a difference between reality and delusion.

Hence, friends, I told you the best 17 games in mystery genres. Choose the one you like most and start playing as it is one of the best ways to spend your time. I will start writing a new article as soon as you download it. But till then