The thrill of racing with the wind, speeding down rough terrain, racing on a world-class racing track, all these pleasures are well experienced by professional motorcycle racers. But you don’t have to own a bike to experience this thrill necessarily; all you need is your Play Station 4. There are thousands of Motorcycle games available for Play Station 4, which can be purchased online. These games have excellent techniques combined with realistic physics to give you a one-of-its-kind gaming experience. So you don’t have to risk losing your limbs (and life) to enjoy the thrills of Motorcycle racing. Here are some of the best motorcycle games that you can enjoy on your Play Station 4 consoles. 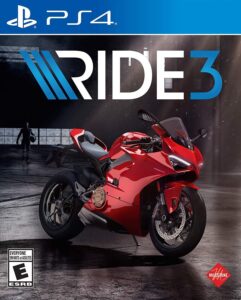 This is the third game in the Rider series and is superior to the last two versions of graphics and features. This power-packed version is replete with customizations that will almost make you feel like you’ve created a brand new motorcycle. You can race on a wide variety of tracks with day and night modes and collect various motorcycles having different power-ups and abilities. In this new version, you can customize every detail to the T, and the vast encyclopedia is a bonus.

TT Isle Of Man Ride On The Edge 2 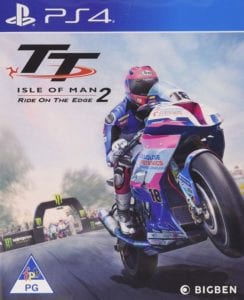 This game was created by KT Racing and released by BigBen Interactive on March 19, 2023.

The adrenaline rush, thrilling gameplay, super-smooth controls, and amazing gaming experience are stored for you in this sequel to the original TT Isle Of Man Ride On the Edge game. The race track is a comprehensive 60 KM long course featuring both winding and straight tacks. This newer version has 17 extra levels of challenges and 18 new motorbikes to collect. Your motive is to race on the Snaefell Mountain Course to emerge victoriously. Your movements are more fine-tuned than ever, and the application of physics is indeed commendable. 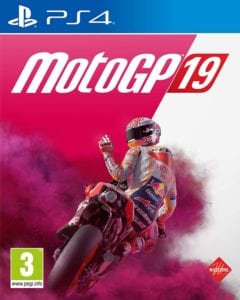 The king of motorcycle racing games has created a new version! This 2019 edition features 19 challenging tracks in which you can compete with the official riders of the previous MotoGP games. You can get creative with the multitude of customizable parts available and build your custom motorcycle. The brand of MotoGP never fails to please, and this version is no exception. You can either play solo and race with the computer or invite your friends to play multiplayer mode. You can control the traction system and work on the braking mechanics to create a motorcycle that’ll take on the world. 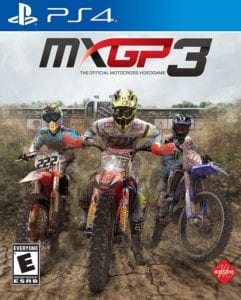 The official motocross game has just got better! This new edition has tons of customizations to enhance your overall experience. This is the video game adaptation of the Motocross Championship, and the realistic graphics make you feel like you’re actually competing on the race track. A total of 300 customizable parts are included so that you can fine-tune your motorcycle and become a pro. The enhanced unreal engine 4 makes it a pure pleasure to play, and the sounds and mechanics are top-notch. 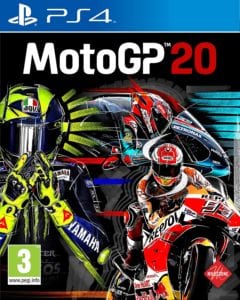 The MotoGP franchise is known for its breathtaking visuals and efficient gameplay, and this 2020 edition is no different. The new features include improved aerodynamics and a revamped power mapping system. Customize your motorcycle to your preferences and sail through the new racecourse in Finland at lightning speed! 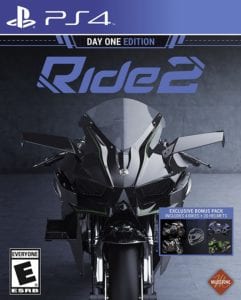 This game was developed and released by Milestone s.r.l. on October 7, 2016.

This second game in the Ride series is a paradise for bike lovers as it comprises of all the leading Motorcycle brands packed into a single thrilling game. The gameplay is sure to give you an adrenaline rush with its difficult and challenging tracks. You can now play with your friends or just compete with the online riders. This game boasts of around 170 bike models, including 22 of the most popular real-world brands. There are nearly 1200 customizable parts which you can adjust to your preferences for an ultimate gaming experience. 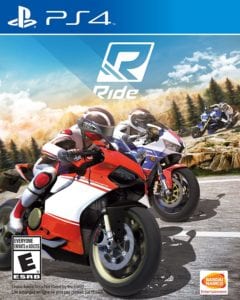 This is the first game in the Ride series and was widely acclaimed for its stunning graphics and endless customizable features. The tracks have some hairpin bends which are exciting, and they also have an extensive collection of over 170 motorcycles. Even if the second edition is more enhanced yet, you cannot miss out on the original. It has a virtual garage which can be used to test the capabilities of your vehicles. There are different tracks set in countrysides, cities and even formal GP tracks which you can race on. You can even customize your looks and change your clothing to look every bit the rider you are. 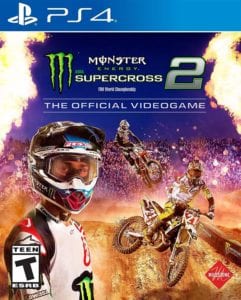 This game was developed and released by Milestone S.r.l. on April 2, 2023.

This game is based on the real-life Monster Energy Supercross AMA Championships and has one of the best tracks to race on. A new career mode enables you to play for yourself, i.e., to improve your racing skills in a track of your choice. The roughest of terrains will challenge you and test your riding skills. You get to choose from over 3000 customizable parts to bring into life your fantasy motorcycle and rider. You can even create a custom track and share it with all other players. 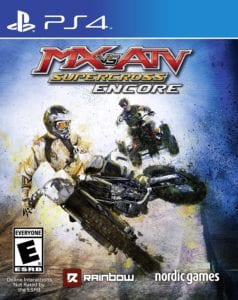 MX vs ATV Supercross: Encore Edition was developed by Rainbow Studios and released by Nordic Games on October 27, 2015.

The main theme of this game is to race supercross racing on ATV bikes or motocross bikes. You get an array of officially branded bikes to choose from. This is the fifth game in the MX Vs. Like the previous versions, ATV series has plenty of customizations in terms of bike parts and rider looks. The techniques and application of realistic physics are revamped to give you a thrilling racing experience. You get to choose from 80 vehicles and 40 riders to compete with over an expansive array of 30 racing tracks. 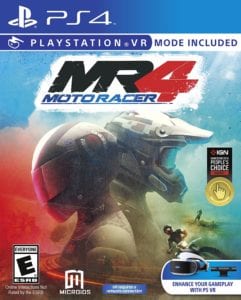 This is the fourth game in the popular Moto Racer series. You get two modes to race, Asphalt and Dirt mode. There are various customizations to create the gaming avatar you want and the motorcycle of your choice. This is a game where you mustn’t shy away from using some tricks (read: cheats) like nudging your opponents to make them veer off course or drifting. That is to say, the winning position is highly valued and proves that you have the relevant skills to become a professional racer. This has both single-player and multiplayer modes, and at a time, about ten players can play together. The VR glasses take your gaming to another level and give you the experience to remember. 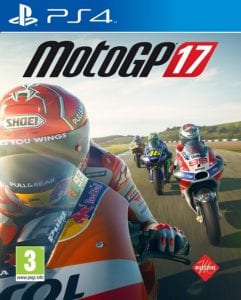 This 2017 edition of MotoGP series was popular among diehard fans of the MotoGP series. The new managerial mode allows you to become a team manager and guide your team to victory. A variety of new looks help you to customize your bike and rider looks. Even though the graphics are a tad bit disappointing, the enhanced physics and soundtracks more than makeup for it. 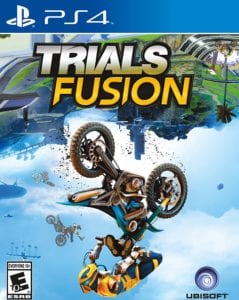 This game was created by RedLynx in collaboration with Ubisoft. It was released by Ubisoft on April 15, 2014.

It’s a platform based motorcycle racing game and is the fifth game in the Trials series. Initially, it lacked a multiplayer mode which was added in a separate update. This version lives up to the rich legacy set by the previous Trials games with its enhanced graphics, better game controls, and overall design. This is based on the ‘Observed Trials’ sport, and you have to control a realistic seeming bike and navigate through the racecourses. It’s a platform based so you can move either forward or backward. The game allows you to perform a number of freestyle stunts too. 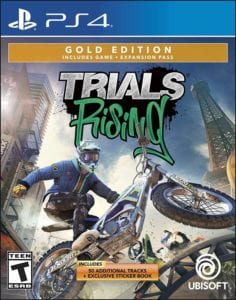 It was developed by RedLynx in collaboration with Ubisoft. It was released by Ubisoft on February 26, 2019.

This game is set in real-life locations and offers various beautiful and challenging tracks to race in. It has both single and multiplayer modes. An interesting new feature has been added to this version of the Trials series, known as ‘Tandem Bike.’ You can play with another local player in tandem bike mode, and both of you would be controlling the same bike. You can also set records and find out to see other players’ scores on the leaderboard.

TT Isle Of Man Ride On The Edge 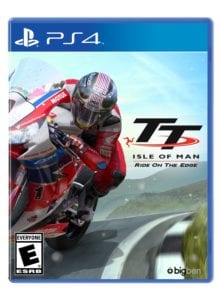 It was created by KT Racing and released by BigBen Interactive on March 27, 2018,

For ardent racing lovers, no game is as challenging and as realistic as the TT Isle Of Man series. The Stunning Snaefell Mountain Course has been painstakingly recreated, and each detail is a replica of the original. Challenge the original champions in this gruelling race and become the new racing legend. This has a multiplayer mode in which the maximum eight players can play. 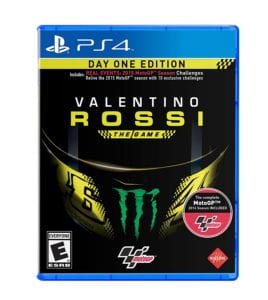 This game was created and released by Milestone s.r.l. on June 16, 2016.
This is the only game in this list that is devoted to a single Racing Champion, Valentino Rossi. You can track down Valentino Rossi in this simulated video game version of his racing life. The realistic tracks include the famous Monza Rally.

So, these were some of the best Motorcycle racing games that are sure to leave you breathless and wanting for more.