We are progressing ion this modern world where people look forward to a robot cop and robot professionals who serve us. The generation is very obsessed with mechs. Some people love to play or fight against robots in games. These games are widely popular for their futuristic graphics, good story, excellent presentation and easy controls. 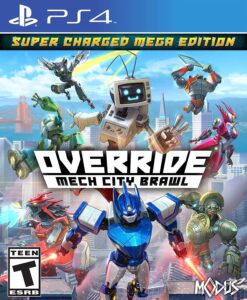 The game lets the player select from 12 giant mechs. Each mech has special qualities and unique skill sets. They have great finishers and special moves as well. There are four modes in the game which are campaign mode, local versus, online versus and co-op mode. There are four amazing arenas inspired by real cities and countries. More locations are added with every update. Currently, the best arenas are Tokyo, Egypt, Mexico and San Francisco. The game also has a garage for modifying the mechs according to your choice. You can customize the look of your mech as well as the accessories it has. 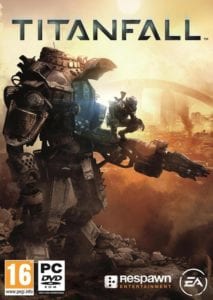 The game is a first-person shooting game, and the player controls a soldier of a group called the ‘Pilots’ who have the ability to control mech robots referred to as ‘titans’ in the game. This game is an online multiplayer game. The game is set on devastated colonies of the Frontier. Frontier is a space exploration zone and is also known as the Frontier Militia. There are two factions in each game which consists of five players each. The first faction is called Marauder Corps, also known as the ‘Militia’ and the Interstellar Manufacturing Corporation known as the ‘IMP’. The objective of each team is to defeat the other team in the deathmatch to capture a spaceship called ‘Redeye’. 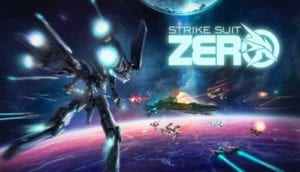 It is a spaceship battle game. The player can choose one of the four space ships. The ships are the primary strike ship, interceptor, bomber and fighter. The spaceships are equipped with great weapons like plasma cannons, lasers, guided missiles, semi-homing missiles, manual rockets, swarm missiles, homing missiles, Anti-captain ship missiles and machine guns. This game is a 3D version of space shooting arcade games and is the reason for their elimination from the market. It has energy-based weapons which limit the use of them. The game is a bit tricky as fighter mode, and strike mode is forms of any ship and through the fights; the player needs to shift from one form to another effectively. 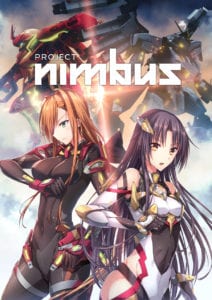 The game is a fast-paced action game from the third-person perspective. The game is set on the earth of the future which is utterly devastated and completely deserted. The player controls a humanoid with weapons which battles with enemies. The humanoid uses guns, cannon and missile, but the most important weapon it yields is bladed-sword which is its primary weapon. The game gives complete freedom to the players. The player can fly, shoot and do whatever is possible in the bounds of the game. The main objective of the game is to defeat bosses and its subordinates. 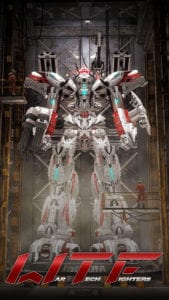 It is a great robot action game and is a very raw game. The fights are fleshy, and the controls are very easy to master. The narrative is very great, and the build-up for the plot was amazing. You control the mech of your choice and design it yourself. It has special moves, finishers and great weapons. The animations and the graphics are so detailed that they leave players spellbound. Everything in this game is neatly perfected, starting from the sounds to the action. 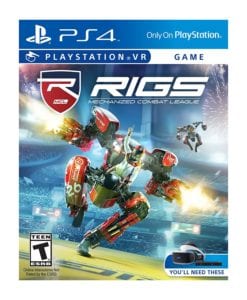 This one of the best mech-based first-person shooting games ever made for PS4 to be played with VR. The player controls ‘Rigs’. The game is mostly regarding five-minutes playing time for two competing teams consisting of three players each to dominate each other. Other than the classic deathmatch, there are other playing modes as well. The team takedown mode makes the players race against each other in terms of takedowns. There is a power slam mode which is like a landing aimer game. You jump into a ring but, to gain power for your jump, you will have to take down enemy robots. The last and the most innovative mode is the warzone which features a three-player American football match between mechs. 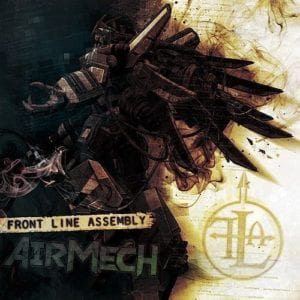 It is free to play the online multiplayer battle game. The player controls the giant robot which can fly in the air and walk on the land. It can attack from anywhere as well. The player can create small units and put them on the battlefield for them to fight. There are many special units to be picked up during a match. Pilots and mechs can be purchased by kudos which is earned by winning matches and completing challenges. There are many game modes like warzone, challenges, capture the flag, player vs player, survival, co-op and solo. All these games have different demands and winning criteria. 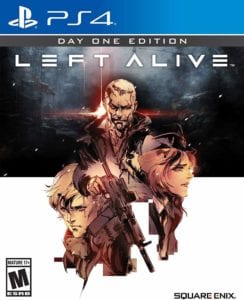 The game is a completely stealth driven game. The player controls as shooters who are involved in a great war fought between Ruthenia and Harmonia, which are two neighbouring countries. There are fourteen chapters in the game, and the player controls 3 characters in the game. You play through each character’s individual story. The first character is Mikhail, a pilot who survived a while his fellow soldiers died. The second character was Olga, a former soldier and police captain of a Ruthenian town when it was a part of Garmonia. The final character is Leonid, a former rebel leader who is accused of a murder. 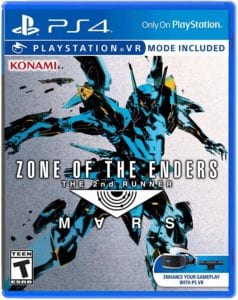 It is a great third-person shooting and hacks ‘n’ slash game. The player controls ‘Orbital Frame’ Jehuty, who is a master weapon-wielding mech robot. The game events turn up due to a character called Dingo who comes and hides inside the Jehuty suit to protect him from being attacked by Ken Marineris. The mechanical fights are quite astounding and stunning. The players would thoroughly enjoy playing this game. 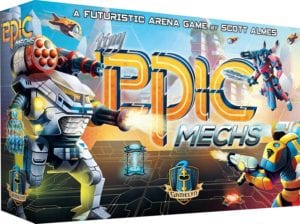 This is a quite funny yet interesting mech game. The game is more of a turn-based strategy game. The player starts the game by customizing a cute robot by changing each individual part and colouring it as they like it. Make sure to complete the tutorial properly. Every match has four movement directions for your robot and eight directions in which it can fire. It has emoticons, dance moves, and amazing weapons. Getting the most points by defeating your enemies helps you win. 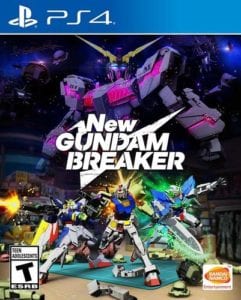 The game is a visual novel, and each chapter ends with an amazing 3-on-3 or 2-on-2 fight between mechs. The game doesn’t aim at a deathmatch. The main concern of the game is to earn scores by completing the messages. Many side missions also pop up while a mission is continuing. The reflexes of the player need to be impeccable so that they can seize any opportunity with both hands and save themselves from many enemies as they always outnumber you. The AI of the enemy mechs start slow but, gradually becomes stronger. 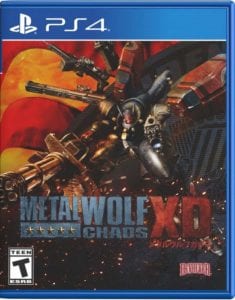 It is a great 3rd person shooting game. The player controls the fictional President of US named Michael Wilson who is controlling a mech to lead a fight against a military rebellion led by the VP named Richard Hawk. A large arsenal of weapons is at your dispense. The environment is destructible. You also have additional missions to save hostages and collect energy pods. These side missions provide you with special weapons and gain you a shield to protect you from enemy attacks. The enemies should be destroyed within the allotted time. 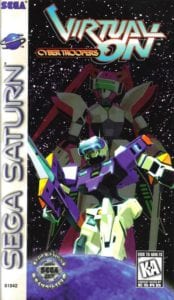 It is a great fighting game with versus mode. It is quite unlikely to see such an old game up the list but the quality and the things this game offers don’t deserve to be ignored. The earth is in a modern era where humans are migrating to other planets to set up colonies, and they leave behind a piece of technology. The technology is used to make robots for battle called ‘Virtuaroids’. The game is simple, defeat your enemy with the virtuaroid of your choice in two of the three rounds fought. There is also a large catalogue of weapons starting from guns to missiles. 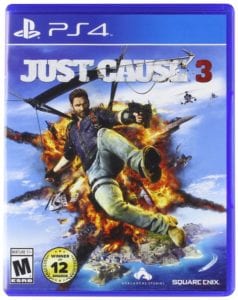 Just cause is one of the most popular games already. The player controls Rico Rodriguez in this open-world third-person shooting and stunt game. The entire map has 5 distinguishable zones with its unique features. The physics might be exaggerated but, it differs from the other Just Cause games as it has a special wingsuit. But, this game features many mechanical soldiers and the technology of the game is always top-notch, and there is no doubt about it. 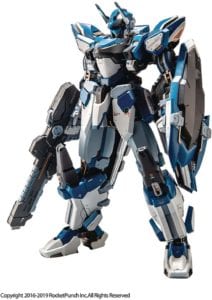 This game is one of the most interesting platform games in which the player controls the character of a super robot with the great weapon yielding capacity. The players can choose from a wide variety of mech suits including a macros-inspired suit which transforms and a completely American military-styled mech. It also features an advanced suite with super punches and lasers. Some levels demand a skyscraper-sized mech fighting for the player, and that’s quite interesting. There are also some space combats.

Upon observing this list carefully, there is a fair possibility that you would recall games from the list which your friend suggested you play but, you forgot to play it. Well, it is never late to play a game. Try now. Enjoy these games and tell your friends about them.