Welcome to TechiGem! I hope you all are doing fine. I am also good here, exploring new video games for my PlayStation 4. I have already come across many genres in video games, and I prefer playing video games according to my mood. There are many actions, adventure, racing, poker, puzzle and other genres in my game collection. But some games are always in my memory. Diablo is one of them. The mesmerizing interface, the sound of the slash of the sword and a great movie-like storyline always made me thrilled, and I still want to live in that kind of game world.

So, I explored the web and tried to find out if there were any other games like Diablo online. And guess what? I found similar games but unique in their styles with the storyline. And In this article, I will share these 17 best PS4 games like Diablo.

To make an intelligent decision, You need to read every game’s whole storyline and features listed here. 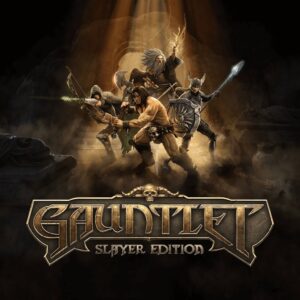 The top-down hack and slash dungeon crawler game “Gauntlet” was on every other gamer’s mind after its release on September 23, 2014, for the Microsoft Windows platform and August 11, 2015, for PlayStation 4 platform. The game was developed and published by Arrowhead Game Studios and Warner Bros. Interactive Entertainment, respectively. It is the first part of the “Gauntlet” series and can be played in single-player and multiplayer options. The player has to select one of the four available players and can avail the co-op mode up to four players. 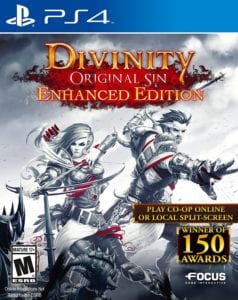 The role-playing video game “Divinity: Original sin” was developed and published by Larian Studios. Kickstarter contributed to funding the fantasy game, which was launched on June 30, 2014, for windows, and October 27, 2015, for the PlayStation 4 platform. This game can be played on both single-player as well as multiplayer modes. The game plot revolves around the protagonist, a source hunter and customizable, dealing with harmful magic named source. 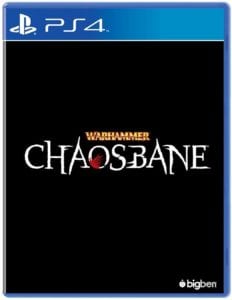 The game with a highly demanded dungeon crawler genre, “Warhammer: Chaosbane,” was developed by Eko Software and published by the Bigben interactive and games workshop with a collaboration. It was launched on May 31, 2019. Being a part of the Warhammer series, the critics were too excited and received awards. The game can be played on both single-player as well as online co-op platforms. The story revolves around the battles but the four heroes and the monsters. A player can certainly choose to play by choosing one of the four heroes to fight the battle. 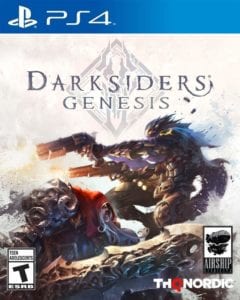 The top-down role-playing game “Darksiders Genesis” was developed and published by Airship Syndicate and THQ Nordic. The critics highly appreciated it, and it was launched on February 14, 2020, for the PlayStation 4 platform. This game being a hack and slash dungeon crawler game, can be played on both single-player and multiplayer modes. The game was an offshoot prequel of the game “Darksiders,” further achieving many awards. 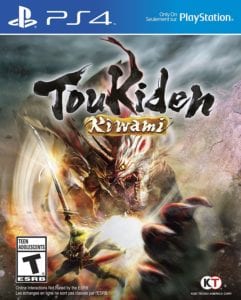 The action role-playing game “Toukiden: Kiwami” was developed and published by Omega Force and Tecmo Koei games respectively. This game can be played both over the single-player as well as multiplayer and was launched on August 28, 2014. This game is also recognized as a sequel of the game “Toukiden: The Age of Demons” and also known for being a part of the series “Toukiden”. 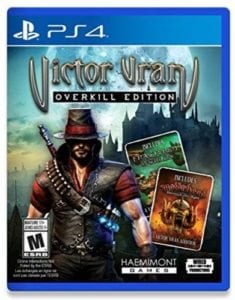 The role-playing video game “Victor Vran: Overkill Edition” gained a lot of popularity after its launch on June 6 2017. The action-based game was developed by the Haemimont Games and published by EuroVideo Medien wired productions. The plot of the game revolves around the protagonist Victor Vran who’s a demon hunter and his journey of fighting with the demons. The game can be played over both single-player and multiplayer modes. It was also highly rated and had amazing reviews for the same by high-end developers and gamers. 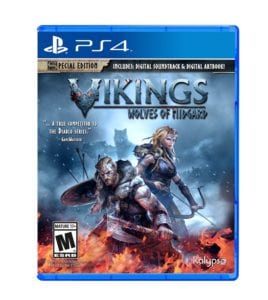 The action role-playing video game “Vikings- Wolves of Midgard” was developed and published by Games Farm and Kalypso Media respectively. It is compatible with both single-player as well as multiplayer modes. This popular game is inspired from the time of Norse Mythology and was launched on March 24, 2017. This game has always been more suitable to this category of games as the gameplay is so much like Diablo in which one can make and customize their own character and their appearance. 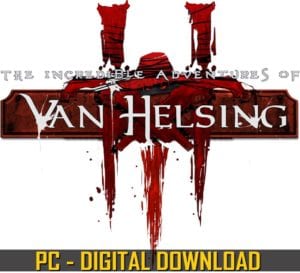 The 19th-century gothic-noir game “The incredible adventures of Van Helsing II” was released on March 1, 2017, for PlayStation 4 platform. The action role-playing genre was developed as well as published by Neocore games. The “Dracula” novel based game was penned down by Bram stoker. The story revolves around the trial of young Van Helsing, the son of the great hunter Abraham Van Helsing from the book. 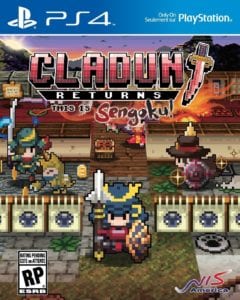 The classic Dungeon: Fuyoku no Masōjin being one of the best Dungeon crawler games of Japan was released on February 18 2010. It was developed by System Prisma and further published worldwide by NIS America. This can only be played on a single-player mode. The story revolves around a boy named Soma and a girl named Pudding and their struggles in the journey. 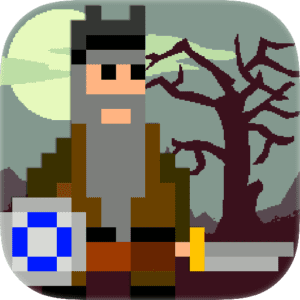 The roguelike role-playing game “Pixel Heroes: Byte and Magic” was developed and published by The bit father and Headup games. The dungeon crawler game was released on February 6, 2015, for the PlayStation 4 platform and received a lot of appreciation from the critics along with amazing reviews. 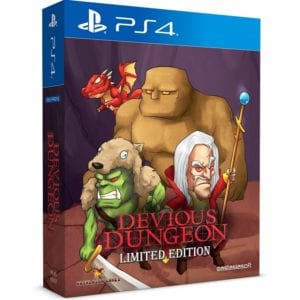 The Dungeon crawler game “Devious Dungeon” was developed by Ravenous Games inc., Woblyware, Woblyware oy, and Ratalaika Games in collaboration. It was further published by Ratalaika Games, GramTheGames, and Electronicsgames LLC in a collaboration. This game is a part of the devious Dungeon series that was released on March 5, 2014, for the PlayStation 4 platform and received a lot of appreciation for the same by the critics. It was also reviewed and rated with good stats. 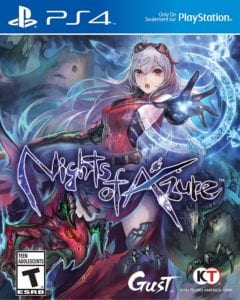 The action role-playing video game “Nights of Azure” was released on October 1, 2015, for the PlayStation 4 platform. The dungeon crawler was developed and published by Gust and Koei techno, respectively. The game was followed by a sequel named Nights of Azure 2. The plot of the game revolves around two girls and their journey on land known as Ruswal island. 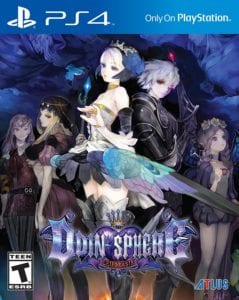 The hyped dungeon crawler game “Odin sphere Leifthrasir” was developed by Vanillaware and was further published by Atlus, Atlus USA, Square Enix NIS America, and Sega publisher Korea the place of the release. The role-playing action game was launched on April 28, 2016, for the PlayStation 4 platform and received an amazing review. It sold millions of copies in just the first couple of weeks after the release. 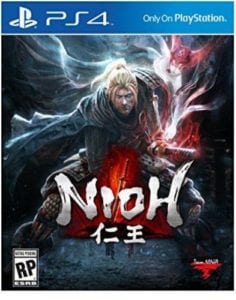 Yet again another action role-playing dungeon crawler game, “Nioh” was developed and published by Team ninja and Sony interactive Entertainment respectively. The game can be played both over the single-player as well as multiplayer modes and was released on March 13, 2020, for the PlayStation 4 platform. The game is followed by a sequel named “Nioh 2” and received a great appreciation by the critics and a good rating by the well-to-do game makers. 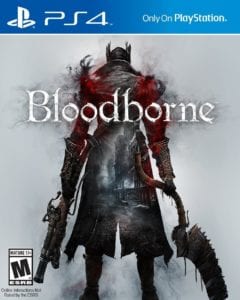 Last but not least, the action role-playing game dungeon crawler “Bloodborne” was developed and published by FromSoftware and Sony computer entertainment, respectively. It was launched between 24th to March 27, 2015, depending on the place of release. The game had an amazing review and ratings from the critics. The game can be played both over the single-player and multiplayer modes. The entire plot of the story revolves around a customizable character having a blood-borne disease. The protagonist gets weapons and fights with different enemies, including the bosses, making it look like a weapon-based combat game. The whole game is played in third-person perspectives. 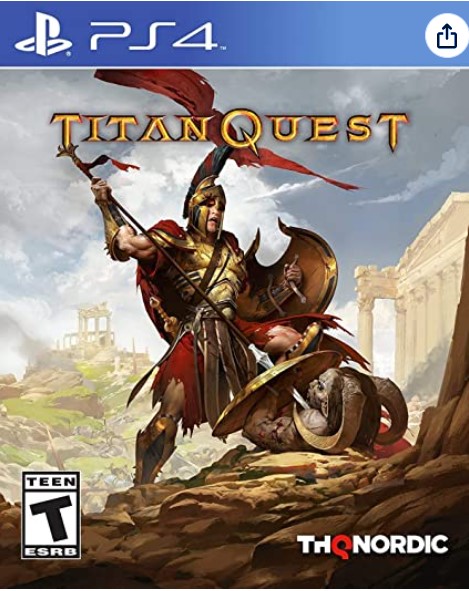 The game was developed by THQ Nordic and specially designed for teenagers. Read the storyline of the game here-

Storyline- The story was written by Randall Wallace, who already wrote the story of the movie Braveheart. Randall Wallace and co-creator Brian Sullivan have already worked on Age of empires. The story of the game plays around the land of Greece, Egypt and Asia. The titans ( denizens of Saturn’s moon Titan) have somehow escaped from the prison, and now they are wreaking havoc upon the earth. They have spread everywhere, primarily in mainland Asia, Greece and Egypt. The titans are challenging God as well as humanity. In this scenario, God needs a braveheart hero; who can destroy all titans and protect the earth and the humans and God. 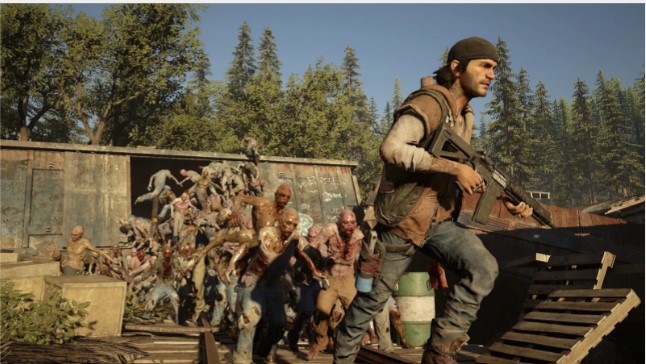 Sony Interactive Entertainment LLC develops the game. The game is an action-adventurous game suitable for those who love violence and exploring new worlds in the video game. Here is the storyline of the game.

Storyline- The story of this game runs around the horror of a broken world. You play the character of former outlaw biker Deacon St. John. Who is a bounty hunter and finding a reason to live surrounded by death? You need to scavenge the equipment and weapons from the abandoned settlement. John tries to survive with other members on this war land, where humanity is devastated by a global pandemic and controlled by some feral creatures called “freakery”. If you make any mistake in your attempt to carve out a new life, you will find your life in the hostile pacific Northwest high desert.

There are countless games like Diablo available online. But the best games I have experienced are listed above. Hoping you choose the perfect game for you and Not miss Diablo and believe each game will take you to a new world with a thrilling experience of another world.

Now, I am going to prepare another article for you.