For all of you who have grown up watching popular anime like Dragon Ball Z, anime games are like an extended version of the anime universe. Anime games are fun to play and are one of the best-selling genres of video games. Anime is an art form that originated in Japan and has been incorporated in thousands of movies, series, and games. So, if you’re an anime fan, the following list of games will hit you with nostalgia and keep you hooked to your consoles. 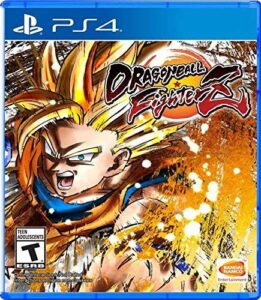 Dragon Ball Fighter Z was created by Arc System Networks and released by Bandai Namco on January 26, 2018.
This game is based on the hugely popular anime series: Dragon Ball Z. the game’s events happen in the universe of Dragon Ball Super, and your main aim is to defeat the evil Android 21. There are 21 playable characters, and some of them are unlocked only by paying for them. You can form a team of three characters of your choice to combat and defeat the enemies. You can shift through the characters according to your wish. The most played characters are Goku, Frieza, and Android 18, which are played separately in different modes known as Arcs. You can use various modes of attack like the Vanish Attack, Dragon rush, Super Dash, etc. the original design of the anime series has been kept intact, and the excellent combat techniques make it one of the best fighting games on PS4. 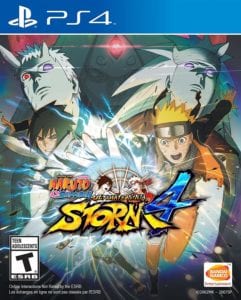 This game was created by CyberConnect2 and released by Bandai Namco Entertainment on February 4, 2016.
The main character in this game is Naruto, a Ninja who fights the evil Obito Uchiha. Some of the prominent characters are Naruto, Sasuke, Sakura, and Kakashi. You aim to defeat the other players and also battle on the wall. You would be automatically shifted from the ground to the wall, so you have to be attentive at all times. A newly added ability is to switch characters during a battle. You have to build your meter by defeating the enemy and breaking weapons and artillery. The game also has some realistic elements like getting burned by fire. The animation is good, and the soundtrack and storyline add to the game’s credits. 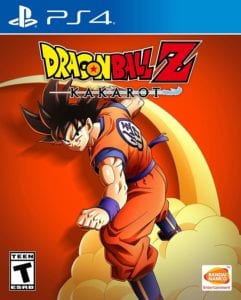 This game was created by CyberConnect2 and released by Bandai Namco Entertainment on January 16, 2022.
Fans of Dragon Ball Z had been waiting for the release of this game since the dawn of this decade. The wait was worth it because Dragon Ball Z: Kakarot promises much more than battles and conquests. The best feature of this game is that you get to live in an extension of the Dragon Ball Z universe and even converse with the other players. The game allows you to do simple jobs like fishing, eating, and training your characters which are all a part of the storyline. There are many side missions you can accomplish to progress through the levels. Currently, there are nine characters to choose from. You can also choose two extra characters that would support you in your battles. 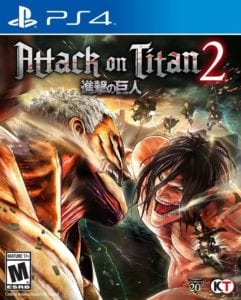 This game was developed by Omega Force and released by Koei Tecmo on March 15, 2018.

This game is an adaptation of the manga and anime series of the same name. You have to fight against the humanoid titans and defeat them to protect your clan. The exciting feature of this game is that you can create your own character, which would be different from the original anime characters. Your battle with the titans takes place in an open environment and has a genuine storyline. The graphics are cellular, and the soundtrack is of good quality. The ending of the game is different than the original series, which makes it unpredictable and exciting to play. 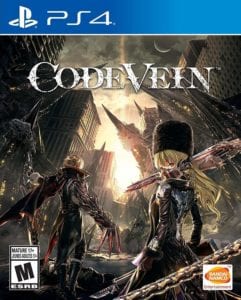 The gameplay is adapted from the Dark Soul series and is action-based. Your character begins from the city of Vein, which is under threat from the bloodthirsty, human-eating dead corpses who have lost control over their minds. The storyline is thrilling to the point of horror, and the graphics do justice to the theme. You have to engage in battle with the Lost to re-establish the city of Vein. You will have other characters assisting you who are the successors to the throne of Vein. 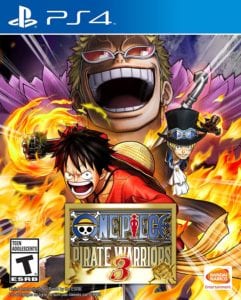 This game was created by Omega Force and released by Bandai Namco Entertainment on August 25, 2015.

This is the third game in the One Piece: Pirate Warriors series. The base storyline is the same as that of the previous editions, and this version also has a multiplayer mode. You have to fight against evil pirates and their head, Doflamingo. You can even bring in more characters to support you. There are 37 characters to choose from. 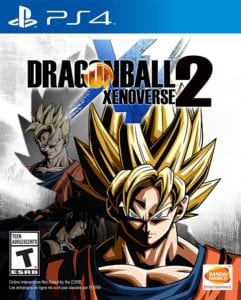 This game was created by Dimps and released by Bandai Namco Entertainment on October 25, 2016.

This game is set in the Dragon Ball universe and consists of a series of battles. All the graphics are 3D, and this version contains an additional world. You start from the Toki-Toki region and then progress to other levels by enhancing your abilities. Multiplayer mode is available along with the single-player mode. You can get trained by the skilled masters to improve your credits and move forward. The storyline is interesting and also requires you to play mini-games and go on quests.

Arslan: The Warriors Of Legend 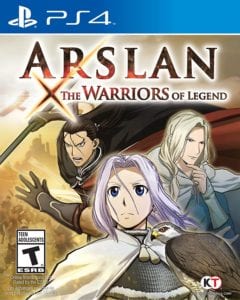 This was e is based on two anime series, the Arslan anime and the Warrior anime. The core themes of both franchisecreated by Koei Tecmo and released on February 9, 2016.

This gams have been retained, and you can experience the thrilling wars and powerful gameplay. The narration flows singularly and doesn’t feel forced. Power your armies to take on enemies in this thrilling power-packed game.

Persona 5 was created by P-Studio and released by Altus on September 15, 2016.

This game is set in Tokyo like the previous four versions, and you play the character of Joker who has been charged with assault. Joker tries to prove his innocence by fighting with the evil forces known as Shadows. The story has exploration themes too in which you discover an imaginary realm in your mind. You and your friends use your superpowers to engage in battles and defeat the enemy. 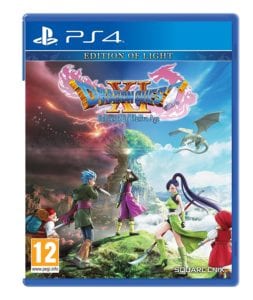 This game was created and released by Square Enix on July 29, 2017.

The game is based on role-playing, and you play the role of an abandoned child brought up in a village known as Cobblestone. You have to fight against ferocious monsters in a series of battles. This has an only single-player mode, and you can choose whether you want 2D or 3D graphics. There’s a camera view to guide you through the levels.

Atelier Lydie And Suelle: The Alchemists

You play the roles of Lydie and Suelle and battle against monsters to save their clan. Up to six characters can battle in a single fight, and it is turn-based. You can explore new locations and also play various mini-games. You have to create essentials like food and magical syrups for the people of your town by buying the raw ingredients. 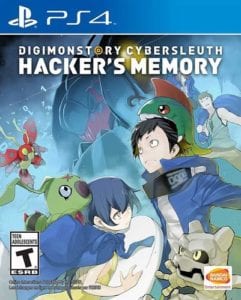 This game was created by Media Vision and released by Bandai Namco Entertainment on December 14, 2017.

This is an action-based role-playing game, and you play the role of Keisuke Amawasa. You have to defeat the Digimon, a digital demon who takes control of people’s minds making them really dangerous. You can explore the cyberspace and engage in mind-numbing battles either in the single-player mode or the multiplayer mode. 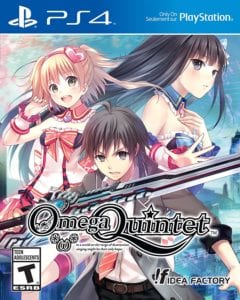 This game was created by Galapagos RPG and released by Compile Heart on October 2, 2014.

This is a hugely popular role-playing game in which you play one of the members of a group known as the Verse Maidens. You are entrusted with the powers to defeat a force known as Bleep which enters human minds and makes them cause destruction. You can also take part in tournaments, concerts and also create some dance moves. The mode of the game is single player. 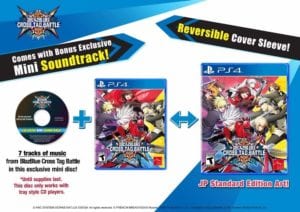 This game was created by Arc System Works and released by them on June 5, 2018.

The game has both single-player and multiplayer modes and is fighting based. The game is set in the BlazBlue universe where you are lost and you, along with three other players, must protect the Keystone. The Keystone, if misused, can lead to the elimination of the universe as a whole and you must fight to save it. 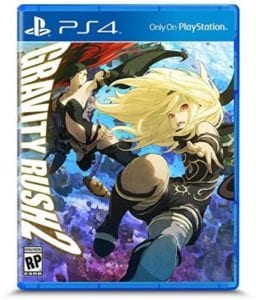 This sequel to Gravity Rush was created by SIE Japan Studio and released by Sony Interactive Entertainment on January 18, 2017.

You play the role of either Kat or Syd who embarks on a mission to protect the province of Neu from mysterious androids who disturb its floating mechanics and threaten to destruct it. The gameplay is physics-based and used interesting gravity-based techniques to give you an immersive experience. You can jump and perform stunts while interacting with other players and exploring new realms. This game has an only single-player mode.

So these were some of the best anime games which you’ll surely enjoy. PS4 has a vast number of such games, but these are the most popular ones.