Casino games are not usually the preferred genre for console gaming because of their casual gameplay style yet, and they continue to be popular among people of all generations who miss the Poker nights. Who doesn’t love Texas Hold’em? It has been the most popular among casino games. The thrill of gambling while maintaining a poker face has been my favorite party game of all time. Although gambling with real money is prohibited in the Play Station, you can still use virtual in-game currencies to simulate a real-life casino game, all replete with the visuals of a Las Vegas Casino Club.

Here is a list of the 15 best casino games available on PS4. 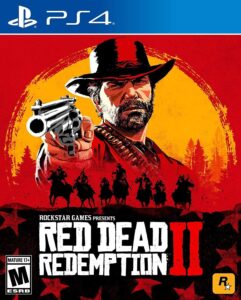 This game was created and released by Rockstar games on October 26, 2018.
This sequel to the original Red Dead Redemption has even more exciting power-packed features, all set in the virtual mid-western parts of The United States. This is an action-based game, but gambling plays a major role in the gameplay. You can take part in plenty of casino games like Poker, dominoes, or Blackjack. Five-finger fillet is another interesting game which you can play in. 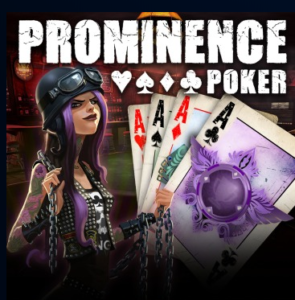 Prominence Poker was developed by Pipeworks Studio and released by 505 Games on December 12, 2016.
This is a Poker based casino game and follows a storyline. The games take place in various locations like abandoned offices where you can either play solo with the AI or compete with other players in multiplayer mode. The game will nudge you to take risks, and that’s what makes it a thrilling experience. The narration is in a storytelling format and adds to the charm of the game. There are many in-game challenges and tournaments in which you can take part. 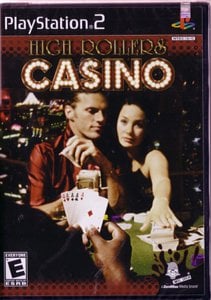 High Rollers Casino was developed by Stern and released by FarSight Technologies on November 15, 2016.
This game is set in the real locales of a Las Vegas Casino, and you can almost visualize every aspect of a real Vegas Casino. The audio and graphics are top-notch and will stimulate your senses. The game even offers some classic casino games like Roulette, Blackjack, Craps, etc. The biggest attraction of this game is the multi-ball pinball board which has a multiplayer mode too. This game also has a slot machine. Hence, it covers all the aspects of a real casino. 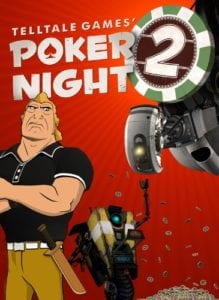 Poker Night 2 was developed and published by Telltale Games on April 30, 2013.

This is a sequel to the original Poker Night game which was really popular among the players. This game focuses entirely on Poker and has a multiplayer mode too. You can earn virtual in-game money by playing cards. You start with a basic amount of money which you can use to gamble as you play on. Your aim is to empty the cash reserves of other players and emerge as the one with the highest amount of money. A chat-box type of storytelling helps you with the narration. This version has four new characters which weren’t there in the original Poker Night game. 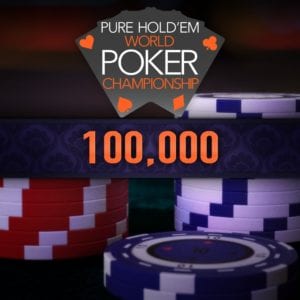 Pure Hold’Em was created by VooFoo Studios and released by Ripstone Ltd. on August 18, 2015.

This is a treat for all the poker lovers. This game has tons of features to simulate a real poker experience. You can either play offline with the AI or online with other players in the multiplayer mode. The graphics are really good and gives an immersive experience. There are different tables to play in; joker, ace, queen, etc. you can gable using the virtual currency you’re provided with. There are floating tabs for other players which you can click on to view their thoughts. 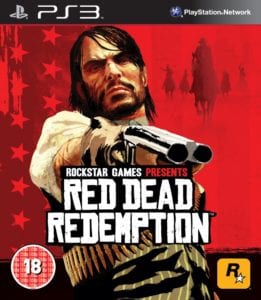 This game was created and released by Rockstar Games on May 18, 2010.

This game has the best graphics and audio on this list. Realistic characters and an enthralling narration will leave you spellbound. Though originally not created as a casino game, you can still give it a shot for its classic casino games like Texas Hold’Em and Blackjack. You’re given a starting sum to gamble. This game has both single and multiplayer modes. 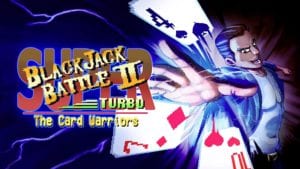 This was created by Stage Clear Studios and released by Headup games on March 3, 2017.

This is a traditional card game and is a combination of a card and fighting game. That being said, the experience is sure to leave you breathless as you indulge in an amazing card game or a combat game. The soundtrack is of good quality, and the graphics are stunning. You can either compete with the AI or play with three other friends in the party mode. Your main objective is to win the highest amount of money after a span of 10 rounds. If you lose all your money before the 10th round, you lose the game. 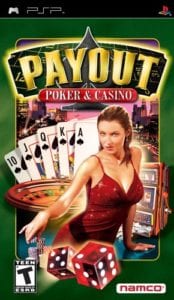 This was developed by Bits Studios and released by Namco on August 15, 2006.

This game is based on Texas Hold’em and offers other games too like Tahoe and Omaha. There are multiple casinos to which you can gain access and play with other players. You earn stars in this game with which you can access the other casino worlds. You can also play Blackjack, roulette and wheel of fortune. 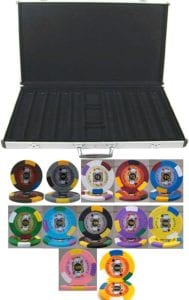 This game was created and published by Digital Leisure Inc. on June 1, 2015.
When you talk about Casino games on Play Station, you cannot miss this name. The four Kings and Casino Slots game has been unanimously declared as the best casino game on PS4. The realistic casino simulation is the best among all the other games of this genre, and this game is a collection of some of your favorite casino games. Classic Texas Hold’em Poker game and Blackjack are some of the most prominent games included in this. The other games include Bingo, Roulette, Slots, Instant Keno, etc. You get to play different games under this single title which is a good thing if you get bored easily. The variety of options available will always hold your attention. 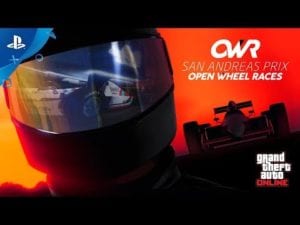 This was created and released by Rockstar games on July 23, 2019.

This is an update and extension added to the existing Grand Theft Auto Online game. The aim was to combine an AAA game with the casino format, and the result was amazing. The game found immense popularity and was one of the most played casino games in 2019. You get to play with online chip currencies that you can use for gambling. You get to play different casino-based games like Roulette, Blackjack, Slots, Fortune wheels, Three card Poker, etc. 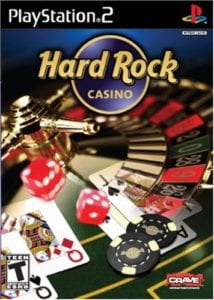 This game was created by FarSight Studios and released by Crave Entertainment on November 28, 2008.
You play the role of a gambler who goes from one casino to another to win many money. The game progresses in the storytelling format, and you move across different casinos while trying your hand at games like Roulette, Craps, The classic Blackjack, Baccarat, Poker, slot machines, etc. in the beginning, you’re given an amount of 5000$, and you can increase it by winning the games. The character you play can be customized according to your preferences.

World Series of Poker 2008: Battle for the 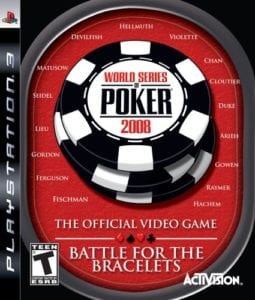 This game was developed by Left Field Productions and released by Activision on September 25, 2007.
This is derived from the famous World Series of Poker tournament and is a multiplayer game. This game includes several well-known poker games like Razz, Seven Card Studd, Texas Hold’em, etc. Activision never fails to produce a game that’ll hook you to your gaming consoles, and this one is no different. The best feature of this game is that you can create your custom tournaments and levels and invite your friends to play with you. This game’s career mode will help you enhance your skills and become a better poker player. The graphics and audio are better than the previous versions, and adequate attention has been given to the AI. 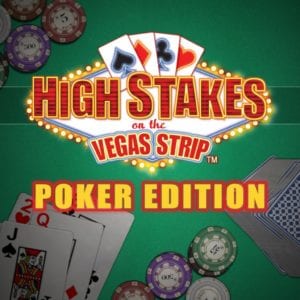 This game was developed by Coresoft and released by Sony Online Entertainment on September 13, 2017.

This game is a collection of five poker games which are: Texas Hold’em, Super Hold’em, Shanghai, Billabong and Tahoe. You can customize your characters and can also play with your friends in the online multiplayer mode. The new webcam feature has been appreciated widely, and the voice chat system is also an added advantage which lets you communicate with your fellow players. There’s an online leaderboard where you can view your game statistics and that of others as well. 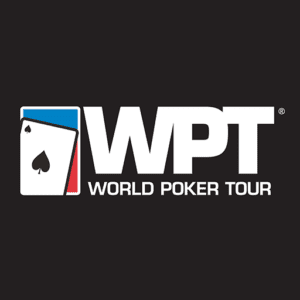 This game was created by TBC and released by 2K games on June 15, 2006.
This game is based on the real World Poker Tour tournament and features a simulation of the authentic venues. It has a tutorial section where you can play with the AI to improve your poker play. You can compete with your friends in multiplayer mode while chatting with them. Your game statistics would be automatically recorded so you can track your development as you progress. Texas Hold’em, Tahoe, Shanghai, Omaha are some of the most prominent games found in this collection. 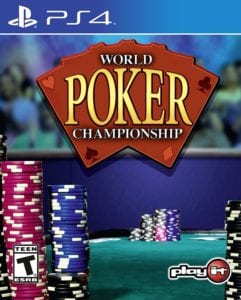 This game was created and released by Ripstone Ltd. on March 28, 2018.
This is a game that’s entirely based on Pure Hold’em and has a virtual currency system. There are many exciting tournaments for you to compete in. You can play in both solo and multiplayer modes. The Pure Hold’em championship experience is completely recreated in this game as it is worth a try.
So these were some of the Casino games on PS4 that will test your gambling skills and make sure you’re never bored again.