Gaming is fun, and it helps one divert their mind out of the mundane hassle and rejuvenate their energies. However, an uneven internet connection that keeps breaking between can ultimately disappoint one and take the fun away, especially if you are facing the trouble of a limited data plan or do not have a Wi-Fi or hotspot connection. This is when offline games come as a rescue. They not only help in keeping us entertained but also take away the worry of running out of data. If you are also among those, who are constantly hindered by internet connection, here we bring you the best offline games for 2022. These can be downloaded on your Android and iPhone, along with playing it even without an internet connection. So here we go: 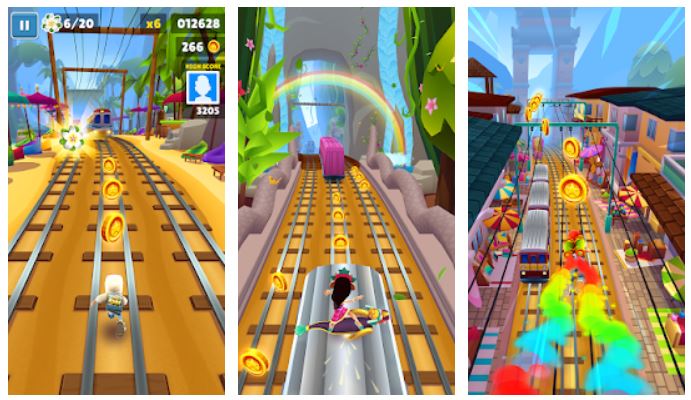 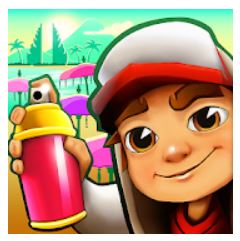 Counted among the best offline games available in Android/iPhone and listed at the top in 2022, Subway Surfers is one game to explore if you are a gamer. This game is designed and developed by Kiloo that leaves a wide area to experience some tricky leaps and adventure. To play this game, you require shrewdness and utmost vigilance to emerge as the winner. In this game, you are the player don the hat of jake, who needs to escape the grip of a grumpy inspector and his dog by tricking them with your intellect. This is also required to grind trains for which you can take the assistance of the crew.
Furthermore, it would be best to dodge the incoming trains as fast as possible to win the game. The USP of the game lies in its originality that is filled with color and HD graphics. The player is also presented with additional power-ups that include a paint-powered jetpack in addition to trying hands-on experiencing of hoverboard surfing. From trying out acrobatics and challenging your opponents, Subway Surfers is a complete package of fun and excitement. 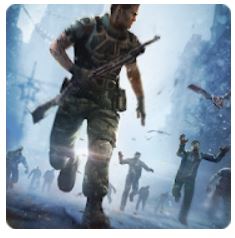 Developed by VNG GAME Studios, Dead Target is one of the best offline games available on Android that tops the list in 2022. This game is a shooting game also one of the best zombie games. This game is played in the first person, and the crux is figuring out how to figure out to survive the zombie attack. The game begins with you as the player is on a mission. You have signed a contract with the corporation to carry out the Dead target mission with modern warfare advancing one to a whole new era. The prisoners herein are injected with a virus that turns them into evil combat killers. They further threaten the president to trigger a zombie attack if they fail to follow the orders. Besides, in this game, you are hired by a special sniper team to carry out the task through the frontline and collect information before the army begins the strike. This is a complete action game, where you can shoot as many zombies and win the game. The game includes 3D weapons, upgrade guns and get ready to face the zombie attack. 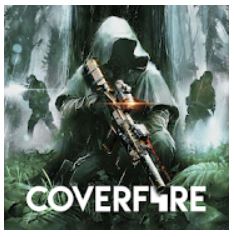 Developed and designed by Genera Games, Cover Fire gives you as a player the opportunity to take the guns and lead the battlefield warring the terrorists who have arrived at Tetracorp. The game is available offline on Android. Here in this game, the player gets to indulge in zombie battles and shoot the zombies alive along with hitting them using a modern 3D FPS shooter to bring you much fun and entertainment. With its HD graphics and excellent current, user-friendly controls, the game makes it an addictive game from shooting on the trains and getting on shooting missions on the helicopters and controlling drones. So hunt for criminals and hostages and gain the ultimate experience of frontline commando through this action-filled adventure game. 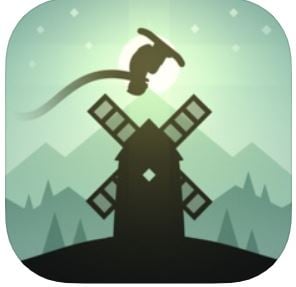 Alto’s Adventure, as the name suggests, gears the player for some mind-blowing actions and Adventure. Featured as one of the best offline games available on the Android/iPhone in 2022. There is a lot of running, skiing that guarantees a wave of Adventure. As a player, you get the chance to control the alto and ski when taking it down the slopes of Andes. Not only this, while moving down the slopes, you are required to gather coins and avoid any obstacles that are laid in your path. 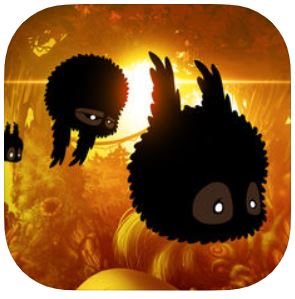 Badland is one of the finest offline games of the Android/iPhone in 2022. Herein you get to play the role of goey black ball that wants to escape the trouble of dying. This game is a challenging puzzle that sends the player’s character through a world of hazards and traps that you must run efficiently. To win the game, you must keep the ball afloat. This includes spinning blades, pointy spikes, and other dangers you will be facing on the way. The game has other USPs, too, which include excellent ideation, conceptualization, user-friendly controls with a kick of adrenaline that will keep you hooked to your screens. 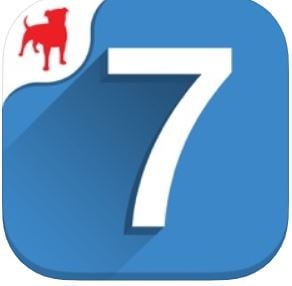 Suppose you are a fan of sudoku and Tetris type of games. Drop 7 is one of the best games to download on your android/ iPhone in 2022. The rules are simple and present many challenges. Players get the opportunity to solve the 7*7 grid that is filled with balls. Some of the balls are while, and few will have numbers on them. Whenever you come across a numbered ball in any row or column, the number will get cleared immediately. So, get set into an adventure by downloading it on your iPhone to experience ultimate fun and entertainment. 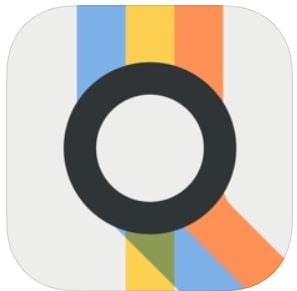 If you are a fan of puzzles, you have the best pick for an offline game. This game comes with a beautiful interface that takes the game to the next level. You, as the player, are required to build your transit system. Besides, you are also given additional power-ups of drawing your lines that can be further connected to different stations for which you can take the assistance of maps of the real-world cities. Excellent graphics and user-friendly controls make Mini metro one of the finest games to download on your android/ iPhone and play offline. 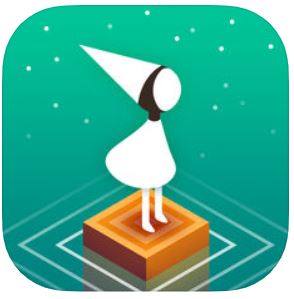 Looking for some adventure and puzzle indulgence? Then Monument valley is one of the games you must not miss out on. Available on Android/iPhone, you as the player get to don the hats of Ro, a little girl who loves solving puzzles. She wanders around through colorful buildings in the quest to solve puzzles. As a player, you are supposed to transform the perspectives of the screen to unlock different paths. Want to have fun mixed with some brainstorming? Download this game now and have the ultimate experience of entertainment. Get it on your iPhone and exercise your brain to some exciting puzzles that will leave you stunned and amazed. 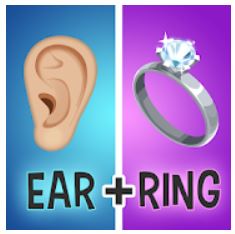 Puzzles have always allured people for ages. Pictoword is one of the best offline games available on Android/iPhone. In this promising game, players rack their brains and challenge more puzzles related to words. Play it with friends or individually, developed by Kooapps; this game will render the ultimate challenge and brainstorming experience. It can be played in single-player and multiplayer mode. You, as the player, are put forth with many challenging packs with over 300-word puzzles to master your prowess in language. This fun word game is filled with a lot of working with the brain and increasing your hold with new vocabulary. 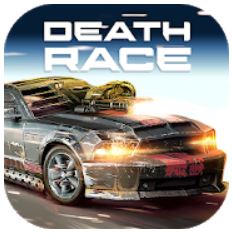 Death race: Killer Car is a shooting game developed by Genera games that offers an ultimate offline experience and allows one to showcase their prowess in getting ahead of the opponents. You, as the player, have to maneuver through roads and drive through the twisted roads to emerge as the winner. Filled with mind-blowing actions, you get to ride your cars in addition to burning asphalt, wheel combined with the extensive shooting. If you are someone fond of actions, then get set to indulge in some skid, traffic, and destructions rushing your adrenaline up. So, if you are on the lookout for some beautiful actions and adventure, racing through roads and destroying cars, then this is the best offline game to download on your Android system. 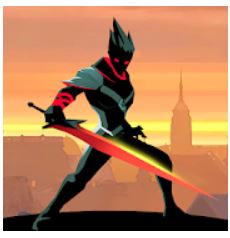 Shadow Fighter Android is developed by TOH Games, is one of the top listed offline fighting games that make for the best action game genres. In this game, the player goes through different levels presenting varied experiences to go through various levels wherein you get to battle with zombies and monsters. Blend with excellent role-playing, rendering you the opportunity to shoot as many zombies as possible. The player gets to use a 3D FPS shooter combined with modern controls that makes this game even more addictive. Backed by excellent graphics and conceptualization with destructible battlegrounds makes this game the best pick to play offline. 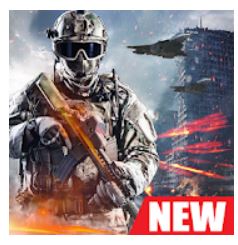 This is a first-person shooting game filled with massive action and developed by STJ Games. Available offline on iPhone, you get to carry out some fantastic shooting with guns on the battleground. Using your 3D FPS shooter and backed by user-friendly controls, Battle of Bullet is one of the most addictive combat games. This game includes amazing HD Graphics and creativity. It will surely leave the level of adrenaline spiking up more and more. Download this game and turn into the hero of the war. Battle yourself to victory and win over your opponents, killing zombies with your impeccable knack of shooting with this beautiful offline shooting game. 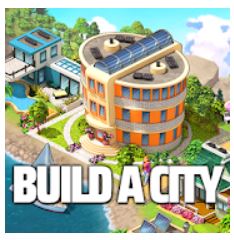 Developed by sparkling society, City Island 5: Tycoon Building is a free simulation game available offline. As the name goes, herein, the players must transform the town into a city spread over multiple islands. You must also collect, design, upgrade, and explore the construction through this simulation game. For playing it offline, you need to earn more chests. So, download this game and build your fantastic city. 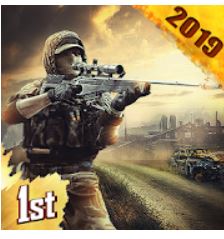 Modern Critical Warfare is yet another amazing action game filled with adventure brought forth by STJ games. This FPS shooting game brings in the ultimate experience of joy and fun combined with wonderful controls. You as the player are allowed to create your own rules and shoot the opponents with ease.

Developed by Big Alpha games, Farm Day Village Farming is one of the best offline games available on Android. This game is suitable for players to build and construct their lush farmlands and go on to harvest crops. Furthermore, you get to cultivate crops of your choice and feed the animals. Not only this, but you can also meet newer visitors and carry on exciting challenges. Moreover, you can go on to decorate your farmland and transport the finished products to gain profits. Download this fantastic game on your Android system and have a fun time building farms and setting it up.

As mentioned, gaming can be alluring and fun, offering you the ultimate opportunity for recreation. It is the best time to rejuvenate yourself out of everyday stress. It has become even easier to try out newer games with smartphones by downloading them directly on your phone. Moreover, now you can even enjoy these video games without an internet connection. If you are on the lookout for offline games for your Android and iPhone, then yo0u are in the right place. Check out the above-listed best offline games and set yourself on a fun journey of entertainment and fun.