Can you imagine your life without any internet connections or Wi-Fi network? The truth of our situation is that we are highly dependent on the internet facility to entertain ourselves and to do our work. Within a couple of decades, technology has developed in too many folds.

There are still certain places around the world where people are living with no Wi-Fi facility. Well, it is also true that there are a lot of exciting games which you can still play on your device without worrying about the availability of Wi-Fi or internet connections.

Even if you are living in metropolitan cities, then also you will find that due to network congestion, there are a few times in a day or some places in the city where the network is relatively insufficient to play heavy games. If it is true, then it is the right time for you to look for the best no Wi-Fi games to get rid of the boredom.

Now, you don’t have to spend a lot of time searching for the perfect no Wi-Fi games. Let’s go through the list of the top 15 best no Wi-Fi games 2023. 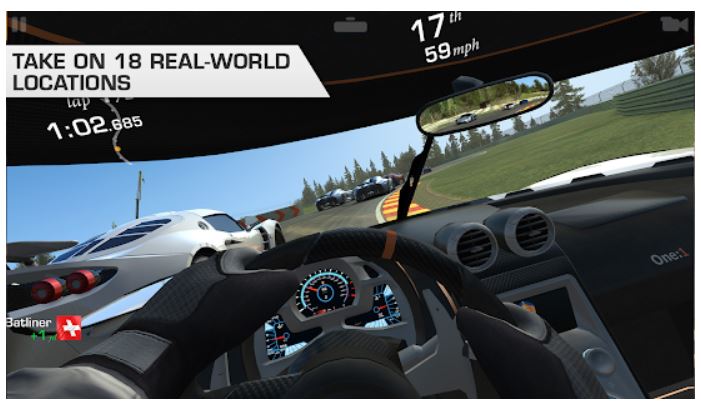 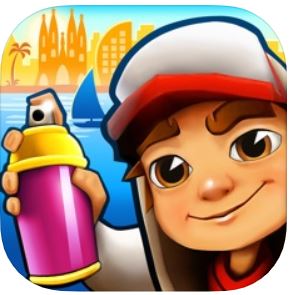 Subway Surfers is among the most talked-about game in the games market. The game has been created by the much-known application developing company called Sybo Games ApS. The game’s instructions are displayed in three major languages, which are spoken by the majority of the population of the world, i.e., Portuguese, English, and Spanish.

It is an endless game where the player will be playing the role of a runner who would have to escape from the hands of a cop and collect all the available coins along with power-ups that come in his way. 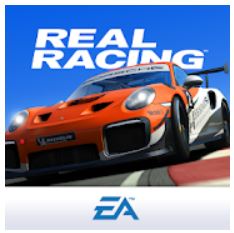 The virtual racing three by Electronic Arts is a fun racing game where you get to ride in unique cars. The player gets the opportunity to select the favorite car among the variety of vehicles in the game. Before you choose a car for your race, you need to check whether the car is compatible with the racing track or not. All the cars are ultimate and have great power to compete with the opponent players. One exciting feature about the game is that the players can play with the fantastic and powerful formula racing cars. Indus game, you are going to be competing with real people and real players. Not only just that, but you can also visit 19 unique locations and landscapes of the globe. 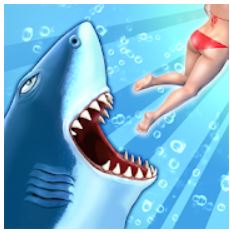 Predators are known for hunting and feeding on different living organisms, but humans are their favorite. Now that you are getting into this dangerously interesting Hungry Shark Evolution game, you have to be much focused and cautious about your moves. This is because a considerable shark is just behind you to catch you. The game is entirely three-dimensional, and the sound effects are excellent, which gives you the feel as if a real shark is going to prey on you. There is not only just one shark in the ocean. There are a variety of sharks and other dangerous creatures that you need to stay away from. 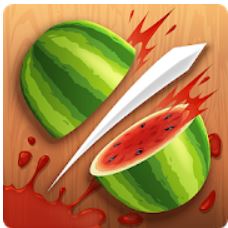 The fruit ninja is an ultimate ninja game where the player has to slice down different varieties of fruits appearing randomly on the screen. The fruits are arranged in some specific order on the net. You have the sharpest ninja weapon to cut fruits into several pieces while moving within a particular pattern. The player will get the option to select from three different types of modes in a game. In the arcade mode, you get to double your score option and freeze the bananas option. The second mode is Zen mode, where you can relieve all your stress by slicing the fruits randomly and scoring high on the leader board. The last one is the classic model. The challenge and the traditional mode are to prevent the fruits from dropping and not to slice the bombs. 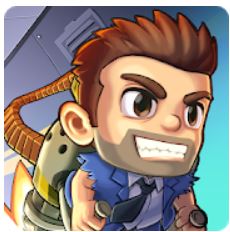 This is another game from the creator of the ultimate Fruit Ninja game. You have the opportunity to run as much as you want in this endless running game. The control of the game is so simple that it can be played in just a single touch. The game has got a considerable number of players from all around the world, with approximately 750 million downloads. You get to enjoy a glorious ride on the wave-rider. While you are running, you will get the opportunity to collect as many coins and cash as you can. Not only just that, but you can also launch guided missiles. You can make maximum use of the ultra high-tech equipment. 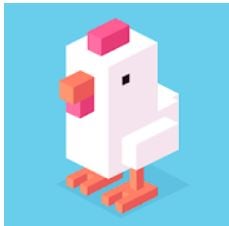 With the best ratings of 4.6, this no Wi-Fi game is considered among the best offline games. It is to be played by one player at a time. All you need to do is to cross the railway lines, heavy traffic roads, and deep rivers by hopping across them. If you have an Android TV at your home, you can always switch it on and play on the big screen. The players will get the opportunity to win new characters for the game by watching the promotional videos that pop up while playing the game, but it is entirely optional. 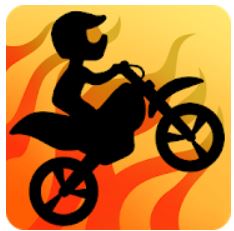 Several tournaments take place regularly. You can always take part in these tournaments and play against multiple players if you are new to this type of game when you can always start by playing the training mode to get yourself well acquainted with the controls of the game. There are almost a hundred unique racing tracks ready to give you the ultimate joy of the ride. In addition to this, you can always perform several stunts while racing on your motorcycle. 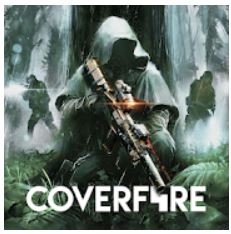 In the past few years, the shooting and sniper games have been recognized because people are attending to play these kinds of fun now and then. By playing games, you get to explore your shooting skills and concentration power to target your enemy. Suppose you are also one of them who enjoys the power of having a gun in your hand when you can very efficiently clear all the obstacles and reach the following levels of the game. The entire story of the game is covered in 12 different chapters. Enter into the battle against your enemy and use all the sniper tools and drive vehicles to reach the mission’s goal. 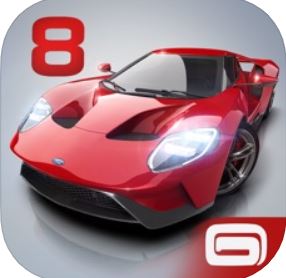 Suppose you have ever dreamt of driving luxurious sports cars such as Lamborghini, Ferrari, Bugatti, Mercedes, Audi, and vehicles like Chevrolet and Ford. You will definitely like this game because it has all of them ready for you to be played. The game has six different modes to select from, and there are 1500 challenges for the players plus more than 400 events where you can race. 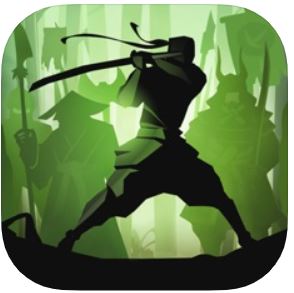 The game is compatible with all Apple devices with iOS 9 and above. The player will get the world’s best sword to defeat their enemy. There are a variety of sharp weapons which you can choose to play with. Some of the fighting weapons are deadly swords, magical powers, nunchaku, and many other types of equipment to harm your opponent players. In addition to this, y you will also get to wear armor suits so that you can protect your body from the intense strikes of the enemy. The players need to keep in mind that to win the ultimate challenge against all the evil demons, they need to focus on the target and get them ready to defeat them in all six worlds of the game. All the six worlds of the game are packed with unique and complicated features that might be hard to win. 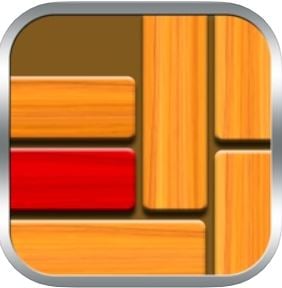 To check your reasoning and problem-solving skills, you get to enter into the world of the blocks of the Unblock Me game. All you need to do is move the blocks so that you can complete the goal of the level. It is not that easy as it appears to be. It would be best if you keep your mind constantly working on getting the exact pattern of the blocks. You will never get bored of this game. The reason the game is so fascinating is because of the unique and challenging levels. There are more than 18 thousand levels for the players to enjoy. 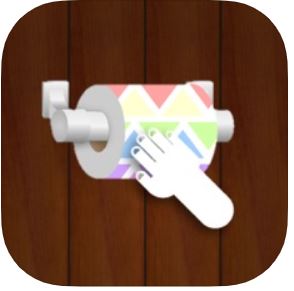 The Toilet paper Swipes: Unroll the TP is the top-notch no Wi-Fi game that has been designed to be played by people from all age groups. The game is created to be played on the iPhone, iPad as well as touch iPod. With several million users from all corners of the world, the game has turned out to be the sensation of the global games market. The game has the best possible controls and features. You can test your toilet paper unrolling skills to meet the goal of each level. 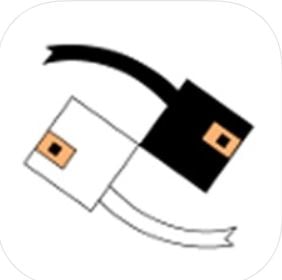 Here comes another wonderful Ninja game for all the Apple users. This is a kind of game which will keep you entertained for a long time. The game is so very addictive that you will not even realize that you have been playing this all day and night. On the off chance that you are looking for a game where you can enjoy the nostalgia of the old ninja game then you need to play this game. 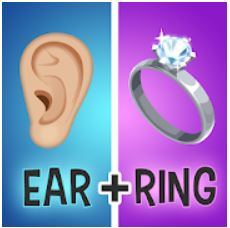 Are you looking for a no wifi game where you can drill your mind to form new words? Well, `this kind of game you need. You have to create a new comment from the given pictures or words. On the off chance that you are traveling with no wifi connections, it might become inconvenient for you to play certain games on your mobile phone or laptop. All you need to do is to download the Pictoword game on your device to entertain yourself in the entire journey.

Brain it one!- Physics Puzzles 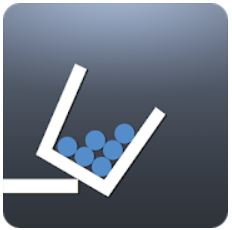 The game has gained popularity in recent years because of some unique features and exciting game controls. The game is considered the top-of-the-mark brain game available for all Android users to be played offline—getting the Brain it one! – Physics Puzzles will help you to get yourself entertained anytime during the day and night. Also, you don’t have to worry about the Wi-Fi speed and its charges. Play these games anytime and anywhere in this world when you are on the go or when you are in the basement of your office.

These games are very entertaining. Each of the games that have been mentioned in this list has its unique features and different game plot. You can pick up the one which goes along with your preference and play style. These games do not require any Wi-Fi connections and are free to play offline. You can play them while you are in the middle of your travel journey or when there is no stable Wi-Fi connection in your area. These listed Wi-Fi games are trouble-free and stress-free games to keep you entertained all the time round the clock.