Games that fall under the mystery genre have something strange in their plot. The craze for such games has started to rise in the last decade. Many mystery games have been developed for people to entertain them with adventure and thrill.

The most exciting aspect of these games that attracts many people is that the games are pretty successful in swirling your intellectual ability to its maximum limit. Have you exhausted all your time in looking for the game which can keep you intrigued by it for a very long time without getting bored from it? You have read the right place now; this article will give many exciting details about mystery games.

You need not have to stroll around the room at night to pass your time when you are not feeling sleepy, and you have nothing to do. You can take charge of the case and investigate the details of the crime scene and find out who could be so brutal to kill the victim in such a cruel and unusual manner.

You will get the essence of adrenalin rush inside your body, making it hard for you to leave the crime scene or mysterious world of disappearing people. Now, without waiting any further- 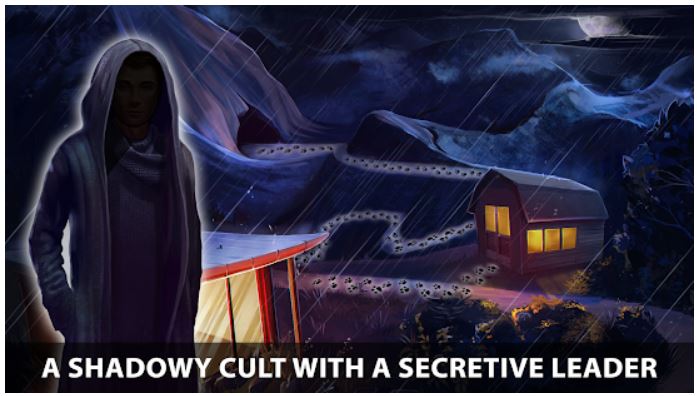 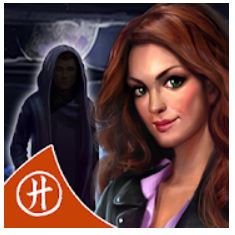 Are you ready to test your skills to fetch the answers to an unsolved riddle? You need to get the Adventure Escape: Cult Mystery game from the Play Store of any android phone. In the game, you will have to play the role of a very efficient investigator named Kate Grey.

Now that your best buddy Melissa got to vanish after she went to meet a guy for a date. Who could be responsible for her mysterious disappearance? You have to go through a tough time to solve the puzzles that can provide you with some hints behind the crime.

Criminal case: Mysteries of the past 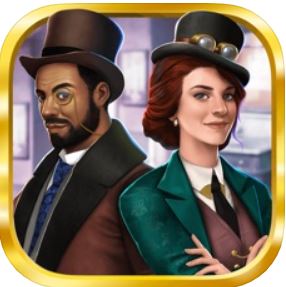 The crime has taken place in the 19thcentury. You will be deported back to solve this age-old puzzle. The puzzles will not be an easy nut to crack. As a player, you will have to find some interesting hidden objects in the game.

Several clues are lying under the dust. It can be cleared by someone who loves to visit mysterious places. It has been an excellent initiative by the creator to design the Criminal case: Mysteries of the past game for Android devices users and the Apple phone and iPad. 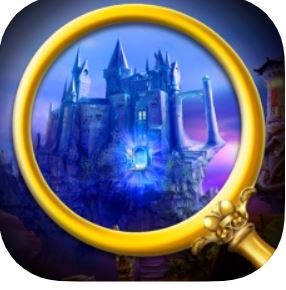 The world is too dark and creepy for any individual in the Mid Night Castle- Mystery game. There are a variety of characters that look not only difficult but also act weird. It is your job to dig into their lives so that you can get to know how dangerous they are. Uncover the mystery behind every object during your quest to unravel the secrets of the Mid Night Castle- Mystery game.

The game is exclusively available in the game store for all iPhone and iPad users. Get yourself involved in this haunted task to experience the euphoria of mystery. You can travel through several territories all around the world, but for that, you are required to spend a part of your wealth which is in the form of gold coins and diamonds. 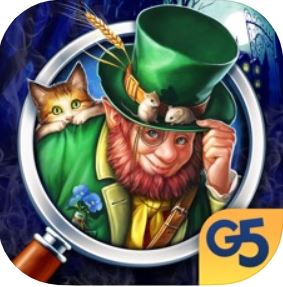 The people who are spending their lives inside the secret society are eagerly waiting for you. You are the one who is capable of finding the answers to all their 6500 hidden objects puzzles. Pack your bags with all the items that can help you in your mysterious venture to all the 85 distinct regions around the globe.

To keep the players glued to the game for an extended period, the game has been incorporated with some mini-games. By playing these small game puzzles, the player would be able to get one step further towards the end goal of the mission. 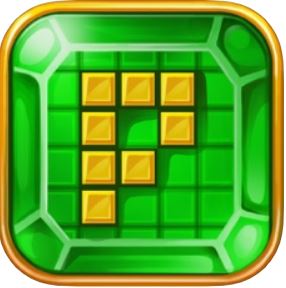 A lot of people play the game due to the200 puzzles that the game has. These puzzles tend to blow away the mind of users with near to impossible tasks. In addition to this, you can also try to solve the enormous puzzles of 30 x 30 grid size. 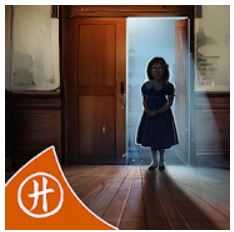 Have you ever thought about a situation where you have lost all the memories of your life? Well, this is going to happen while you play the Adventure Escape: Asylum mystery game. As the plot of the game, you will be playing the role of an individual who has lost memory and cannot recall it again. This would be a very challenging task to get out of the Asylum without the help of your memory.

You are supposed to finish all the chapters of the game. In total, you will be getting a pack of 10 challenging chapters. Each level is of unique nature and puzzle of its kind. It would be best if you uncovered the mystery of all the chapters to excel in your mission and get out of the weird and horrific location. 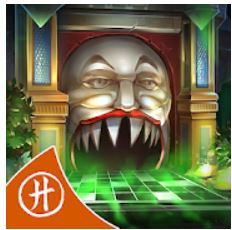 All you are supposed to do is clear the doubts behind the mysterious happenings around the adventurous places, and also so you need to utilize your skills to solve all the clues and puzzles of the game.

The plot of the game revolves around a crown of a princess whose name is Nimue. Some evil souls or power have cursed the crown. All you need to do is save the people of the fantasy Kingdom from the effects of these harmful and cruel powers. As a player, you will be playing the role of a princess who is very kind towards her people, and she has some hidden powers she can save her people and her crown. 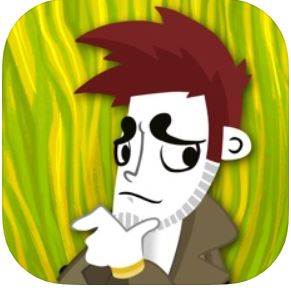 You will be e playing thus game as detective Grimoire. You are the only person whom the town people can trust upon. Now there has been a new case for you to investigate and find out the mystery behind it. The game is based on a crime scene at the location which is very popular visited by several tourists. A person who is the owner of a tourist agency has been found in a very brutally murdered condition. 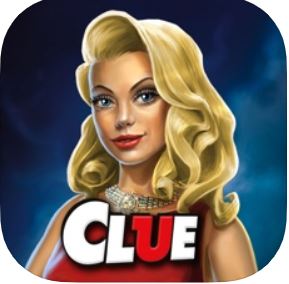 The Clue: The classic Mystery game is a classic mystery game. There is a mystery behind a murder that has happened in the very known and quite richHasbro family. Dig into the life of each character and family members to find out what is going on.

Someone is out there who is hiding a big secret or maybe everyone has their little secret. Else and investigator you need to find out the murder weapon which can give you certain very big clues to the mystery. There were 6 individuals who were present at the time of the crime. 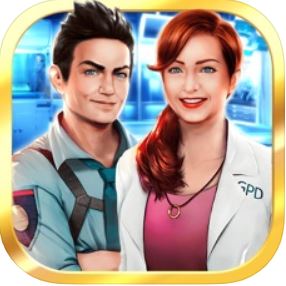 This game is considered to be as one of the best and the most played games in the genre of mystery games. Every scene included in this game is very interesting. There are several locations where you need to drive through and investigate the crime.

Prepare your team to find out and gather the proof of the crime. You need to run a thorough procedure and question a lot of probable people who could have some contribution to the murder.

every person in the town is waiting for you to join the case as you are the only trustworthy investigator who has the ability to work really hard for justice. 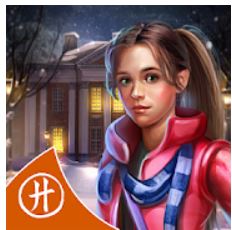 It has been known to all the people that libraries are specifically meant to read books but having said that there is something very wrong with this time library in the game. What could that be? Alice is living in a snow-covered town named Littleton.

She went to the library to fetch some valuable information from the books. However, she is now trapped inside the library along with Hiro.

Both of them will have to unveil the mystery behind the happenings. 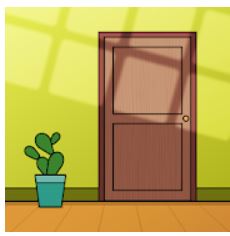 The Escape Room: Mystery Word game has been created by the much known Worzzel team. The game has been designing in such a way that kids, as well as teens, will have a perfect experience of adventure with the game.

The player will be challenged by being locked inside rooms to find out clues and solve the puzzles. This is an amazing mystery game to drill your brain and get the maximum out of its capacity. 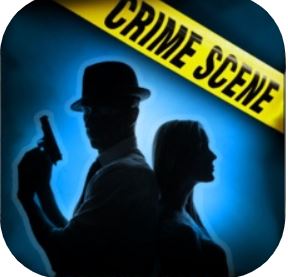 Have you ever dreamt of becoming a successful detective and take part in various unique investigation cases to help the people of your nation to get justice? By playing the Murder Mystery- Detective investigation story you would be able to live the life of a detective. 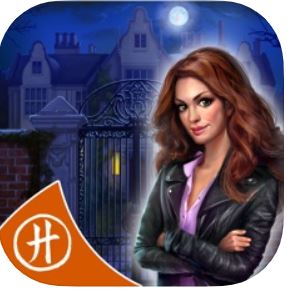 The graphics, as well as the visual effects of the adventure Escape: Murder Manor Android/ iPhone, are top of the quality.

When you get to gear the background noise, you will relate it with the natural world sounds such as creaking doors, opening boxes, falling objects, footsteps and likewise. The images and characters are of high quality.

Will you be able to connect all the clues present in the game to find the real culprit behind the crime? The plot of the game is set up in London and places around the country. 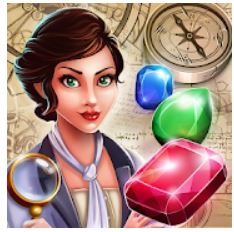 In the Adventure Escape: Murder Manor mystery game, you will be the main lead of the game is detective Kate Grey.

As a detective, you will be entering the infamous house, Wickham Manor. Get into the world of complete adventure. It is not only an excellent source of entertainment, but it will also help you to improve the focusing power as well as the reasoning ability of your brain.

The only way to get out of the mystery manor is by unraveling the mystery puzzles without failing.

These days you will find many different games where you have to solve mysteries that are almost impossible to answer.

How thrilling would it be to visit a crime scene or encounter a murder right in front of you? Well, all these happen in the virtual world of mystery games. You are required to drill your brain up to its capacity to get hold of the murderer.

If that’s not enough for you, then it’s time for you to involve yourself in a murder case.