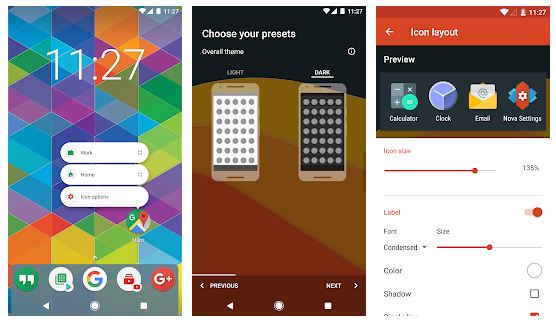 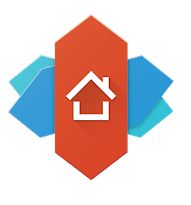 Nova Launcher truly is best Android launcher app Android 2021. This app is a buttery smooth launcher app which has been used by millions of users and being rated best. This app is efficient, fast, and lightweight and it also supports dock personalization, notification badges, an option to show frequently used apps on the top row in the app drawer, folder and icon personalization, and dozens of gestures and many others. This app also has support for app shortcuts which are found in Android Nougat. This application also has prime version which unlocks a ton of useful features and is definitely worth a try. 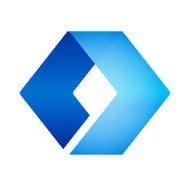 Microsoft Launcher( earlier known as Arrow Launcher) is an amazing, elegant and fast Android launcher app with a tons of personalization from Microsoft. This can update new wallpapers from Bing daily. One home screen is decorated with Microsoft Timeline feature which resembles “Google Cards”. It also possess recent panel which shows all recently opened media or recently used contact. The best feature of Microsoft Launcher app is that it gets synced on the entire Microsoft account. In other words, you can get customized feed, and can see your search results and much more. The only demerit of using Microsoft launcher is that it doesn’t let much customization as in the other best launchers for Android here. 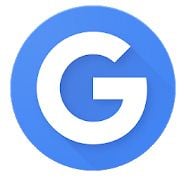 Google Now launcher is like in-house launcher app which is developed by Google itself. This Android app is focused for non-pixel device users who doesn’t satisfy with their pre-installed launcher, and instead, prefer a actual Android experience. Unlike other contenders, this popular Android launcher adds Google Now cards only by swiping right on the home screen. Also, the Google search bar design can be personalized, right from the home screen itself. 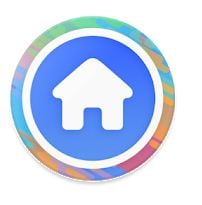 With it, you can call, email, message, and facebook the people whom you contact the most. In this app, you can get the directions to home and can also search for nearby restaurants, coffee shops, or whatever for which you’re looking for at your current location. Here you can fastly access to your favourite web sites and can perform actions within many apps. In this app, you can look current weather conditions and forecasts, and also Uber time estimates, driving or transit time estimates, world clocks, and network, disk, and battery status with dynamically updating magic launchers! This app also offers you to play your favourite music quickly with music launchers. 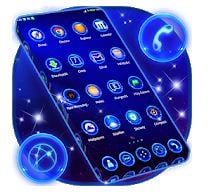 This app boost up everyday tasks with easy shortcuts and It is similar to speed dial for apps. This app gives shortcuts to thousands of apps and also has notification Center support. This app possesses dark and light themes and also Dropbox backups. This app has feature of 3D Touch support with personalizable quick actions and it is simple launch creation tool. It has self settings for launching at specific times or locations and it supports IFTTT and organizational groups. 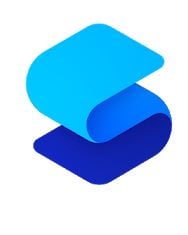 Smart Launcher 5 is also one of the lightweight and fast Android launcher app for 2019 and it consists of a sidebar which divides the apps according to a category. This Android launcher possesses an ultra-immersive mode in which you can hide the navigation bar in order to get more space on the screen. Also, the ambient theme of the launcher app can change the theme colour according to the wallpaper. 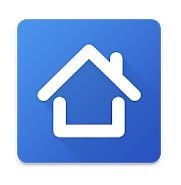 Apex launcher is a visually mind blowing launcher app which comes with thousands of themes and icon packs which you can download from Play Store. This application is a lightweight launcher for Android which is optimized for both, smart phones and Tablets. In this app, you can add up to 9 personalizable home screens and can also hide apps in your app drawer which you don’t need. The launcher categorizes apps in the app drawer according to the title, installation date or how frequently you use them. 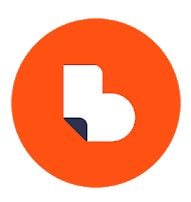 Buzz Launcher App for Android is the epitome of personalization. Its only and unique feature called “Homepack Buzz” which is a home screen personalization service with over 700,000 home screens uploaded and shared by thousands of users. This app has an inbuilt app-locker and RAM cleaner, thus you don’t need to install any additional apps for that. It also possess lots of gestures with which you can access many shortcuts with just a swipe of your finger on the home screen. Additionally, it also has “Screen Effects” feature which is similar to live wallpaper, which overlays the wallpapers with animation effect such as snowfall or autumn leaves instead of replacing your wallpaper. 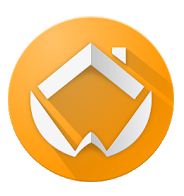 This Android launcher app is fast, stable, easy to use and it offer hundreds of personalizable options. This app supports a great feature to change interface colour according to wallpaper dynamically. Further it has icon badges, launcher shortcuts, app indexing on app drawer, transition animations and tons of other useful features. 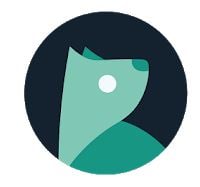 Evie launcher is developed for performance and is fastest Android launchers. It is famous for its smoothness. This app has universal Search feature which allows you to search within your apps from one place. This has a wide range of home screen shortcuts and personalization. Further, you can personalize your app drawer and folder grid.

So these are best Android Launcher apps 2021 with which you can customize your home screen, notification bar and much more. Hope you find this page useful. Please do like and share and also share your views for above apps.
Thank you