In this day and age there are games for almost all types of sports this includes horse racing games as well and here we will rank from the 1st to the 15th. here we picked best horse racing games android/iphone 2023 for you. let’s download and enjoy these games on your smartphone. let’s set play- 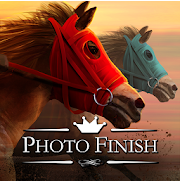 This is one of the best horse racing games out on the market today. It boasts of high-quality graphics and

Stellar animation throughout its entire gameplay. The game is fluid and runs on almost all devices having the capability of running on both Android and iOS devices. It has really easy controls in steering the Horse and with the correct timing, the horse is able to sprint across the finish line. You get the full ability to manage every single aspect of the game from hiring the jockey (whichever has the best statistics) you get to train your horse and make it one of the most feared opponents in the track. Win races to climb up the rank of the leaderboard and play with your friends online. 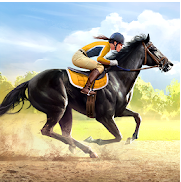 This game is available for both Android and iOS users. It is one of the best and latest games to be out on the market as of now. It’s stunning graphics are incomparable to most horse racing games right now. The game responds well on most devices and has fluid gameplay with minimum lag and few bug reports. This game is totally immersive and will engage you throughout the entire gameplay. You get to take charge of all areas in horse racing starting from managing the stable that includes buying of a biggest able to accommodate more horses training your horses on a daily to keep it in tip-top condition for racing. You even get to breed your own horse to compete favourably with other top dogs. You get to race all over the world experiencing different things with different players for an all-round gaming experience that you fully manage. You also have the ability to customize your player from how he looks, to the level of skill he has.

From the name, this game is well thought out and manufactured by one of the biggest gaming companies around, Glu Games inc. The game is available on both Android and iOS platforms. The game has fluid gameplay and lifelike graphics which you’ll rarely see on a mobile game. You get to fully control the Horse and Jockey alike, the power is in your hands. Customize both your horse and character to whatever you wish. You can the whip to boost your horse’s speed to dash to Victory and get to earn trophies and titles. From every race, we get to earn coins and even participate in illegal racing against other characters, assert dominance, and best the rest. The app is free but contains in-app purchases. 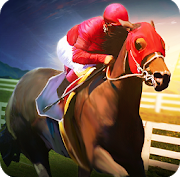 This is one of the most popular games on the mobile market as of now, with over 10 million downloads. You get to own a horse and fully take care of it. Its graphics are acceptable and would entice any gamer. You get to be the jockey riding the horse and with the camera placed at your back, the game is totally immersive. In the gameplay you have to take of balance, there are hurdles to jump monitor the horse’s stamina and speed while trying to beat other participants. The game features a lot of challenges to keep you entertained and glued to it. It is available on both Android and iOS platforms. 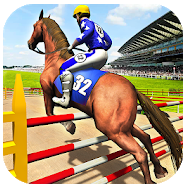 This game is manufactured by Frenzy games studio and is an online game in which you get to compete against your friends anywhere in the world. In this game, you choose your horse and jockey to tackle different challenges and obstacles that come in your way. You jump hurdles and maneuver around the track to dash to the finish line while picking up boosters along the track. It has nice gameplay with graphics that are easy on the eyes and is easy to control. The game is available on Android devices. 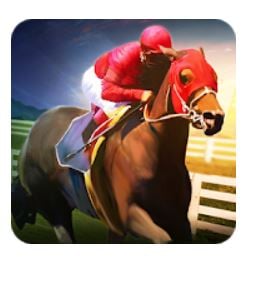 This game can be played on both Android and iOS devices. It is one of the latest released games as it was released in 2020. You get to choose from a wide array of jockeys and Horses do whatever suits your desires and style of racing. It has realistic graphics with good background soundtracks that enrich the gameplay, as well as slow-motion capture which makes the game fun to play. It is easy to play the game as the controls are not complicated and you get to raise around a variety of race tracks. 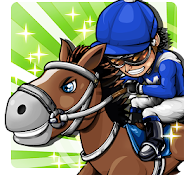 This game has a large number of different types of gameplay to choose from and is available on both Android and iOS devices. In this game, you get to manage everything about it from the stables to the horses and you get credits to grow your game. You also train your horses to be better on the racetrack or buy and sell them at auctions to make you gain credits for other expenditures. The gameplay is simple but of great quality.

Off and pacing: Horse Racing

The game was created by The Farm and can run on either iOS or Android devices. The game boasts of realistic gameplay and graphics that are state-of-the-art. In the game, you get to be the manager of a stable which brings about the task of buying Horses selling them and also breeding horses for better results on the race track. The game has an online mode that allows you to play with your friends anywhere across the globe and with it well-made racetrack you’ll be sure to stay glued on your mobile phone. 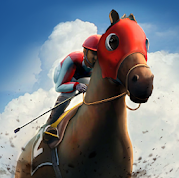 This also is a really good and well planned out game from the manufacturers’ tilting point. Be the best manager you can be as you can not only raise the Horse at Great stakes online but also be a trainer and morph the horse into a champion. You can also breed the horses to create a full stable of really fast steads which will propel you to the title of Ultimate champion. You get to prove yourself against everyone else that you can do it. The game is available on both iOS and Android devices and with the stunning 3D graphics and fully customizable jockey outfits and Horses, it makes it one of the best games out there. The game is free with in-app purchases. 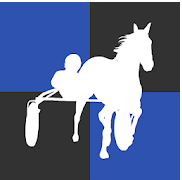 This is a simple game which is hosted in both the Android and iOS app market. It is online and you can race against your friends anywhere and climb the leaderboards. Win In-game championship trophies and tournaments by controlling the rein which controls the horse’s speed and direction. You have to direct the horse accurately across the racetrack while keeping a close eye on the horse’s stamina making sure it’s not depleted. Pulling back on the rein makes the horse stop while pulling down the left rein makes the horse turn left and pulling down on the right rein the horse moves right. 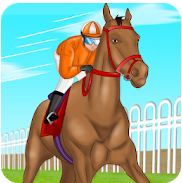 The game has acceptable graphics which no one would complain about. It is available on Android devices. In this fun and interactive game, you get to racehorses on a racetrack and take total charge of the full stable. Win races back-to-back to get a chance to win trophies and cups and the game. The game has simplistic controls that any amateur can play. Timing in controls is very essential to make you turn the house to the left or right and jump any obstacles on the way. Clear barriers overcome obstacles and become a better Rider compared to all your allies. If you’d also watch out that the stamina of the horse is not depleted. 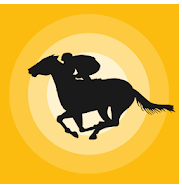 This game has captivating graphics as this is the first thing that you will notice. It is an online multiplayer game in which you can race against your friends anywhere across the world. It is available on both Android and iOS devices. The scenery in the game is quite immersive and will make you appreciate the work put into it. In the game, you get to be a manager and build and take care of your own stable. You also get to buy and sell horses that will race for you and even get to breed them. The aim is to win as many trophies as you can while staying on top of the leaderboard. you get to watch your horse race and not necessarily race it yourself. 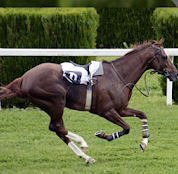 This is really fun to play the game from Brain Vault, available on both Android and iOS platforms. You get to become the manager of your old stable and have to take care of it in every aspect. The game has great graphics and fluid gameplay that does not lag. It is a strategy and arcade game meaning you’ll have to think of ways to beat other opponents. In the game, you have the chance to feed the horse by choosing its diet and time of feeding. You get to train the horse through a series of mini-games which improves the horse’s general performance. It gets to breed the horse for maximum performance. And most important of all you get to race your own horse as you climb up the ranks and clear classes to qualify to the top.

The graphics on this game are quite surreal and will make you appreciate how the game was made. The game is made from Hasssh Limited. The game is well created and you get full responsibility for taking care of your own stable and Horses alike you get to train your own jockey improving on his various skills and also train the horse to make it perform better on the race track. In this game, it is possible to trade your horse to get a horse which is better than yours. The game is online and you can race with other opponents in real-time across anywhere in the world. The game host regular tournaments to make sure you stay in top condition and with its great sceneries and numerous worldwide tracks you won’t soon be leaving your mobile phone. The game is available on both Android and iOS platforms. 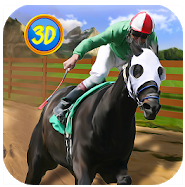 This is one of the easiest games to play with the easiest of controls. You are given the head position of the stable which puts you add a task of training your horse to upgrade it to do better on the racetrack. It is an online game where you can play with anyone you wish in real-time. The more you play the more accolades you win and get to upgrade your jockey and horse as well. The game has daily bonuses to keep you immersed in it and get you up the ranks faster.