Are you getting bored? Do you want to play a game where you can take a break from the regular stress of your work? If it is the same situation with you then it would be best for you to pick up any of the hidden objects games. These games are not only designed to provide the player with the ultimate joy of finding the hidden objects but you will also get to learn a lot about focusing on the mission. The games of the same genres are experiencing a tremendous amount of success in a small span of time. Millions of people are playing the games which have been developed around the plot to find the hidden objects. The hidden objects games allow you to create a new sense of spirit and make you think beyond your own personal imagination. Are you excited to know more about the hidden objects games? Let’s check out the top 15 best-hidden objects games in the rundown mentioned below. 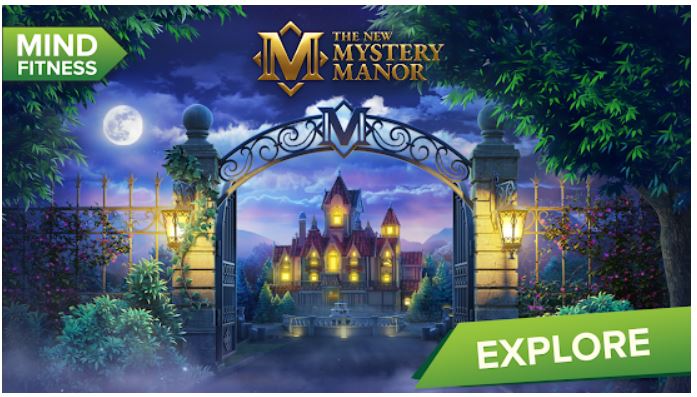 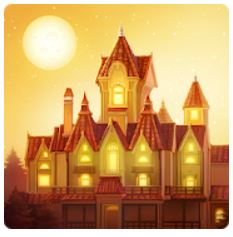 This app is best Hidden object game Android 2021. The manor needs you to solve the crime that happened there. You will be playing the role of an investigating detective. Get ready to look for the hidden objects to fetch the explanations of the crime. You are the best detective who is available to the people living in the manor. The plot revolves around the disappearance of Mr. X who is the owner of the mystery manor. He has also left some of the unknown clues which tend to reveal a lot about his disappearance. Move from one room to another and run your mind to dig the truth by utilizing your reasoning abilities. 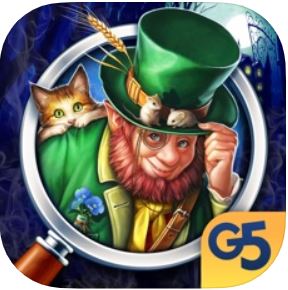 With more than 6500 mysteries to be solved, the secret society hidden objects game is considered to be one of the best games in the genres. It would not be a surprise to know that this game has already been downloaded by a huge number of people who are using the iPhone and iPod. It would be your responsibility to get hold of the property of your Uncle Richard who adores you a lot more than others. Now that he has suddenly vanished, you have to bring out your hidden talent to solve the enchanting mystery behind his disappearance. The secret society is waiting for the answers. 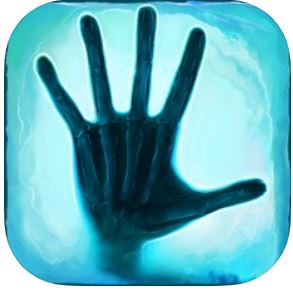 The CRISP APP STUDIO LLC is highly known in the games app market for creating fabulous games on the detective genre. With the launch of this hidden object game for all the Apple users, the developer has once again shown its amazing creativity. By designing a successful game like this, they have created a new level of competition among the market for this type of hidden object game. One of the journalists has all of a sudden got vanished after a natural disaster. How can this be possible? Who could be responsible for the disappearance of a very good journalist? To get the answers to these questions and more is your job. 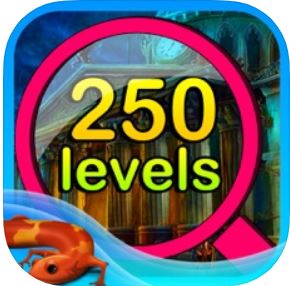 The Hidden Object Games Free is a very different hidden challenge in its own way. You will have to successfully complete all the 250 levels of the game to come up as a winner. The game has been loved by a lot of users due to its easy availability at no charge at all.  The entire game is free for iPhone users. On the off chance that you are for any reason not able to locate the target objects in the pile of other objects; you can any time make the use of the available zoom option. This can be done by a pinch of your fingers. 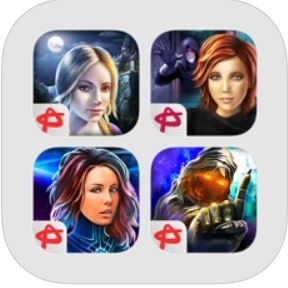 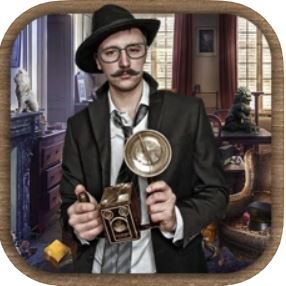 You would get a number of items in the scene but you need to be extremely careful to pick the right item for your goal. On the off chance, you touch the wrong object then your score will be deducted by 1 point. For this reason, you cannot afford to lose your focus during the time you are solving the puzzle of the game. Do not get stressed if in case you are stuck at any point during the game. It is very straightforward to get any hint when it is required. You need to give it a try so that you can get the experience of very unique puzzles and hidden scenes. The diversified concept of the Find the Hidden Object games tend to make it very entertaining and enjoyable for the players. You will never get bored with the game; no matter how long have you been looking for the hidden things 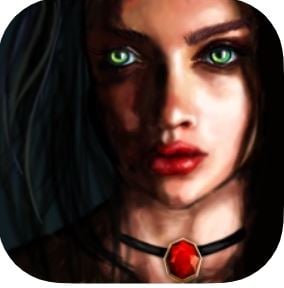 Have you ever given it a thought about how the vampires live and what all secrets they might be hiding from the world? Well, if not then to is the time to uncover certain mysteries of the vampire world by playing the Hidden objects: Coastal Hill Mystery. As a player, you will have to open the doors to the dark kingdom of evils. No one is out there to protect you from their trap. On the off chance that you lose the game, it is very much possible that you become the dinned of the vampires. You will be the main lead of the plot where vampires have set a trap for you to amuse them. There is only one way to do that, by solving the puzzles given by them and succeeding in each one of them. If you fail to solve the puzzles in Hidden objects: Coastal Hill Mystery, you are much aware of what’s going to happen to you in the next step.

The people of the magical twilight town of Hidden objects: Coastal Hill The mystery is waiting for you to solve the mysteries happening in their town. As a player, you will come across several puzzles to be solved and look for the hidden objects. You would have to get ready to handle the challenges from the evilest characters of the twilight town. They are trying to demean you and your reputation among the people of this magical town but you will not let this happen to you. Fight back and show your hidden skills in this hidden object game. 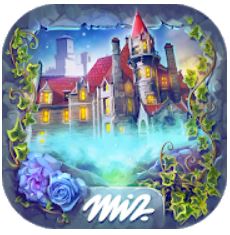 The castle in the Hidden object enchanted Castle- Hidden games looks really enchanting. It can trap you in its beauty without much if any effort. But all you need to do is to be focused on your task of unravelling the secrets of the castle. This can be done by finding out the hidden objects. The Hidden object enchanted Castle- The hidden game is a complete package of excitement and fun. You will get more than 2000 items to look for in the imaginary and very mysterious castle. The game has a very high quality of sound in the background as well as great visual effects 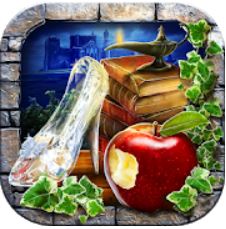 The Webelinxhidden object games have been ultimately very successful in presenting their flagship game in the market of hidden object games. The entire concept of the game Hidden objects: Coastal Hill Mystery is 3 D. You will get to see the real life-like elements in the game. With more than 1000 items to look for, you are required to be really patient while finding the objects. It would be necessary to keep this in mind that there is no challenge in this game that you can treat as a child’s play. 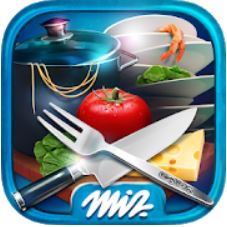 You have got a job for yourself. Roll your sleeves up and get ready to put your hand into the mess of this messy kitchen. Your goal would be to get as many hidden objects from the pile of a mess of the kitchen to clean up the kitchen. The players will have to dig into the trash of the kitchen which is known to be the most chaotic kitchen in the entire globe. There are 1000s of items spread across the kitchen floor, cabinets, shelves, fridge, baskets, dishwasher and everywhere. The idea of the Hidden object messy kitchen- Cleaning game is highly praised since it has been launched. 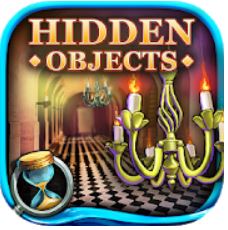 As a player, you would have to enter inside a mysterious house that has a lot of secrete buried behind the objects. There is a huge amount of investigation that is needed to remove the dust from the top of the hidden objects to bring them in front of the world to let them know what is the secrete of the house in the House of secrets Hidden objects game. Every item that you are required to find from its hidden place has its own story. It is a very engaging game that will keep you busy throughout the day and night. 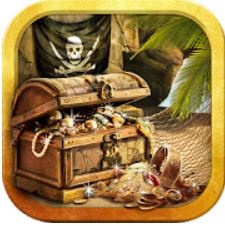 The time has come when you will be deported to an unknown island in the middle of the deep ocean. There are a number of mysteries scattered all around the area which you need to find out in the hidden objects game called the Treasure Island Hidden object mystery game. The shutter island has more than 1000 hidden items. All these islands are waiting for you a very good player to decipher the mysteries around it. You will be accompanied by captain Flint in your journey which is going to be full of adventure and thrilling activities. There is a lost treasure box somewhere on the shutter island. You are the one who can find that box that has gold inside it. 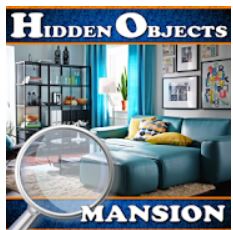 The Hidden object Mansion game is considered to be one of the most played games in this genre because the idea of this game is quite different and unique from the rest of the games in this rundown. This is an ultimate game of 2021 which has fantastic graphics in HD quality. The levels of the game are integrated with the mini-games such as the room clean up tasks, jigsaw puzzle, and many more. Not only just that but the players can also get to play this game where there is no internet access available. 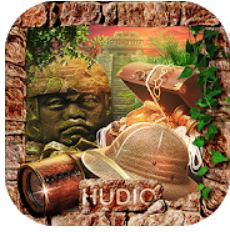 The game is really wonderful and full of suspense. On the off chance that you are getting really bored in your long holidays then you need to play. The Lost City Hidden Object Adventure Games Free is a tough nut to crack. You would get to experience the overwhelming emotions within the game once you start to go through the puzzles. It is for sure that once you enter the world of the lost city, you cannot return back until you complete all the wicked quests.

The hidden objects games that are readily available to the public under the tip of their finger is an outstanding means to question the mind as well as to keep you active for a long time. Check your ability to find the objects by being very quick and observe each of the objects that are present in the scene so that you go not miss the points of the goal.