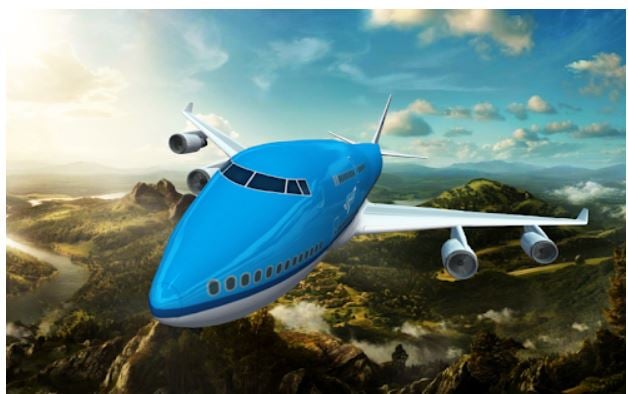 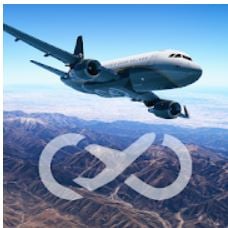 The game by Infinite Fight LLC has been launched for all the type of players. It does not matter if the user is an amateur player or if the player has already acquired the experience of flying a helicopter in real life. You can easily operate this virtual military helicopter because of the user-friendly and helpful game controls. If you are not sure how to make your helicopter land at the targeted location, then, in that case, you can select the autopilot mode of the aircraft. This is how you can ensure a safe landing on some of the selected helicopter models. The background view from the helicopter has been efficiently captured from the real scenarios of the real locations in the Infinite flight simulator game. 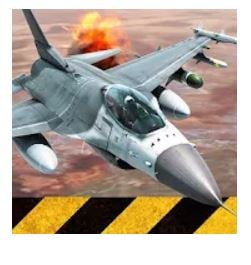 The Air Navy Fighters game is a sophisticated version of any helicopter simulator game. On the off chance that you are somehow not very confident about the flight with the F/A-18 Super Hornet or the F-14 Tomcat type of then, you need not have to worry about it. In such a case, you can get help from the thorough manual provided by the creator of the Air Navy Fighters game for all the new players. The ground views from the helicopter us beyond amazing. Show your fighting skills to the world by indulging in all the six voyages available to you by the game. Take part in the rescue expedition to save the lives of your virtual people. 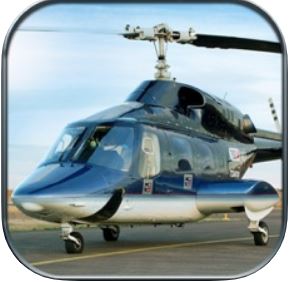 By playing this helicopter simulator game, you get the privilege of flying over the cities. You can explore the entire city in your helicopter and then land at your dedicated helipad. It is a real adventure to fly above the huge towers and tall buildings. Getting your way through them, you can easily view the entire city and keep an eye on what the citizens are doing in and around the city. To take full advantage of the flight, you have git 20 exciting Flight helicopter simulator game levels. This game is dedicated to all iPhone users who love to fly high in the sky. 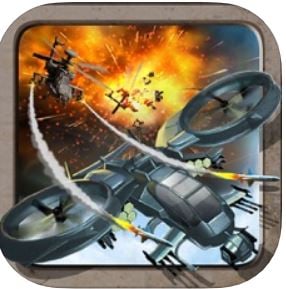 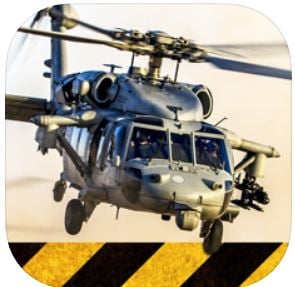 The game is compatible with all the Apple gadgets which are built on iOS 7 or above. One of the most interesting aspects of the game is that it keeps the player engaged with its elevated fighting scenarios. You get to buy them while playing the Helicopter sim hellfire game. The ultimate helicopter scenarios are the submarine scenarios, railway scenarios as well as the refinery scenarios. This helicopter simulator game is an absolute satisfaction to play anytime. On the off chance that it is raining outside and you wish to know how it feels to fly a helicopter while it’s already raining cats and dogs, in that case, it would be a great choice to play helicopter sim hellfire on your iPhone. Here, you get to alter the weather conditions of the game while you are playing. Isn’t it amazing? 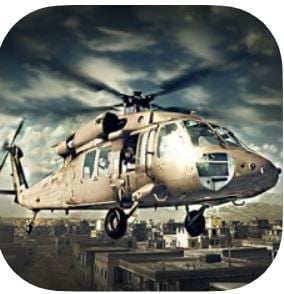 People are crazy for this high-end Gunship battle: Helicopter simulator game. It lets the player experience the ultimate battle by the military helicopter. The player of the game will be the leading pilot who would be taking part in several wars and battles against the enemies. The power is in the hands of the player. The Gunship Battle: Helicopter simulator has been designed according to the military theme as its concept. How would you feel if you are on the military helicopter looking for your enemy? The feel would precisely be the equivalent to as if you are encountering a real situation. 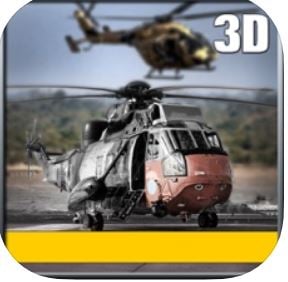 The Army helicopter simulator 3d Games is the result of an absolute piece of hard work and dedication by the creator of the game. You will not be able to accurately distinguish between the elements of the game with the things of the real world except that the game elements are of smaller size comparatively. Why would you not like the Army helicopter simulator 3d game with such a practical approach? You will have to fly your helicopter across the city which is densely populated with high raised buildings and towers touching the sky. To make sure that your helicopter does not end up crashing through any high raised building or tower, you need to check the level of your flight and adjust it according to the actual scenarios. 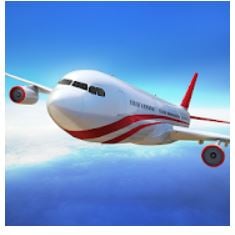 It would be quite hard for you to look for any helicopter simulator games where the controls are so steady. As a matter of fact, the Flight Pilot Simulator 3D provides android users with flawless and extreme flight experience. If in your real life you have failed to fly in the helicopter, then this game is for the players like you. The Flight Pilot Simulator 3D is designed in such a way that it renders a true 3-dimensional features. Be it the ground level effect or the view of the city from 800 meters above, in any situation the player will never miss the thrill of the most popular helicopter simulator game. 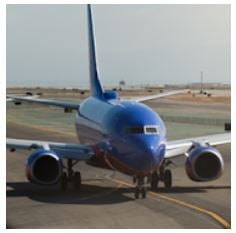 This simulation flight game is developed by a very popular enterprise named the i6 Games. The Airplane flight simulator 2017 is best known for the electrifying life-like situations such as thunderstorms, clear sky. Not only just that but the game also lets the player get the experience of a very long journey with the day and night situations. As a player, you will be the pilot of the game who would have to handle the flight with utmost sincerity. You need to know how to control the turbulence in the flight and maintain a steady journey of the airplane. 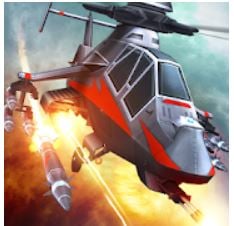 This is an epic fight game where the player has to undergo several tough fighting situations. It would not be wrong to say that the Battle Copters game is not meant for casual players. When 8 aggressive players show all their fierce side during the fight at the same time, it becomes a fairly brutal challenge to deal with. The players have to be equipped with the best possible counter weapons with them. This can be done by gaining more points in the game and successfully defeating each enemy troop. Get indulged with the Battle Copters simulator game with full power. 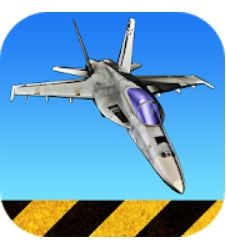 It would be a real task for all the players who try to land the F 18 carrier without any hurdle. To help the pilot a smooth landing, the design of the flight is kept very minimal with a length of only 180 meters. The players will come across a lot of such circumstances where they will be able to relate themselves with real-life designs. The F18 Carrier Landing tends to give an opportunity to all the android players to learn and understand more about the handling of huge aircraft and the mindset of the pilot in those aircraft. 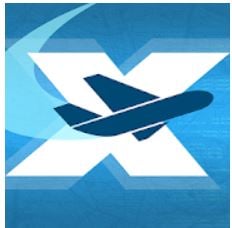 Most people have dreams to fly in through the clouds and get the feel of gravity pulling towards the ground. As a matter of fact, it is also true to a certain extent that as a child most of you might have to get excited to see any aircraft flying in the sky. If you have also cherished those moments of excitement in your life then to play the X-Plane flight simulator would most likely be an ultimate pleasure for you.  Isn’t it an electrifying feeling to fly on an aircraft? This is how you will feel when you will take off from your Sikorsky S76 Helicoptertowards the virtual sky. 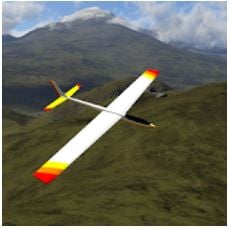 The Rowlhouse has successfully launched its flagship helicopter simulator games app called the PicaSim for a huge group of android users. They are continuously improving and lunching the newer version of the game every few years. By far, it is the best option to go for in this rundown. The game is rich with highly accurate graphics and controls. There are several wings options to choose from. This ensures the flawless operation of the flight. As a pilot, the game lets you control the very sophisticated aircraft which is for the most time controlled by the radio frequency. To provide the player with an added 3-dimensional effect; it allows the player to launch the glider manually. 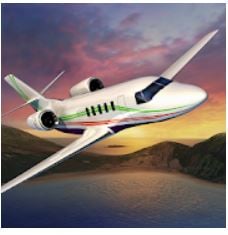 Have you ever been to any exotic holiday destination? If given a chance would you like to explore the beautiful island of Hawaii? Well, it is true. The entire concept of this helicopter simulator game is based on a place named Hawaii. It is not limited to this only; the pilot will be capable of controlling 42 varieties of the aircraft to land on several different locations on Hawaii Island. There are about 15 virtual runways to land those flights. By playing this game, to will learn the pros and cons of landing on different types of runways. 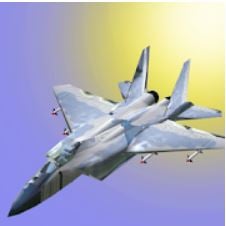 The Absolute RC plane sim is similar to the PicaSim simulator game in one aspect. Both of them have aircraft which are specifically designed to be controlled by the radio frequency. If you want to be a pilot someday, then this game needs to be on your smartphone. It is also advisable to play the Absolute RC plane sim before you build your aircraft project. This is so that you get acquainted with the controls and features of a virtual aircraft. By playing Absolute RC plane sim, you will learn a lot more about flights and prevent your actual model from crashing onto the field.

After all that has been discussed, it might be clear to you that there are many options to choose from when you intended to get the top helicopter simulator games. These games are not just for fun and getting rid of boredom, but they also help you gain valuable knowledge about the latest technologies and the program implemented on the aircraft. The concept behind such a game is to provide a thrilling experience of riding in the sky and dealing with the virtual world scenarios and obstruction. This is the kind of game you will never get bored of.