Playing games is one of the best ways of entertaining ourselves with our gadgets during free times. Some of us have a sentimental attachment to the older consoles that we used to play back in our childhood times. Good news is that you can still play the consoles with on your android device. All you need is to have the perfect emulator for the game that you want to play. This article describes the top 15 best emulators that you can download or purchase to play the originals in your android phone. Some of the emulators are sold while others are available for free. 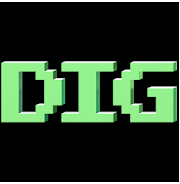 Digdug is an emulator that does not play any game by itself, but it allows you to organize the games you want in one spot. The application scan games automatically and adds them into different categories. Then you can view the games at a glance. Dig dug supports eighty-three systems including DS, and it also supports various files and themes. With this emulator, you can launch the game by simply tapping it, or Dig will take you to find one from the Play Store. This front end emulator is a perfect choice for individuals who have extensive game collections.

Dolphin emulator is a fantastic browser that has been there for some time now. It is among the best decent DS and GameCube emulator on Android. It allows you to play an array of games with competence from the two systems. Since it is still undergoing some development, it has some bugs. The emulator does not provide ROMs, and so you will need one of your own. Dolphin emulators have some of the common features, such as load and save states. Currently, it is free though it may change as the application gets more improvements and gains more stability. 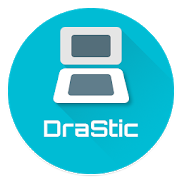 This is one of the best Nintendo emulators as it has most of the standard features such as load and save states. It is also featured with virtual controls. You can personalize the bottom and top of the emulator’s screen. Game ROMs work excellently with Drastic DS emulator and with few flaws. When you purchase this emulator, ensure that you test it before the expiry of the refund period. Drastic Ds emulator does not have a free version. Its price is fixed at $4.99. You can download this emulator from the Google play store.

EmuBox is a classic Ds emulator that supports an array of systems. It supports PSX, Nintendo DS, NES, Color, and Game Boy Advanced system. It is designed to ensure that you play easily and comes with the typical features like load and save states. Besides, it is also equipped with external controller support and fast forward function, among many other features. If you want to get perfect performance, you can do so by tweaking the settings. You can download the app from Google play store; it is free though it contains some ads which you might find them disturbing.

These emulators are one of the two famous PlayStation emulators. However, this one is known for focusing on simplicity and can also work best with DS sytem. It works most of the time, and using it is simple. All you need is to load ROM, which in this case, will be yours, and you are ready to start playing. It features a customizable virtual keyboard. The emulator also has hardware controller support and the standard stuff like load and save states. The price of ePSXe is $3.75, and it has no in-app purchases. There are no free versions that you can use for trial or demo.

As stated earlier that one of the famous PlayStation emulators is ePSXe, here comes the second one, which can also play DS android games. FPse mainly focuses on customization. The app contains a ton of plug-ins, settings, and much other stuff. It is an emulator that can help you in adjusting frame mates, making graphics look biter, and improve various other things. It is also equipped with the common stuff and the hardware controller support. Its price is not far from that of ePSXe as it goes for $3.63 without in-app purchases. Same as the previous emulator, it does not have a free demo version. FPse is a more complex emulator, while ePSXe is a simpler version. 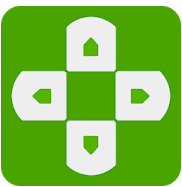 John emulators are a reputable developer on Google Play, and he has developed various excellent emulator apps. Some of the emulators include apps for DS, NES, SNES, Game Boy Color, and Game Boy Advance. The two emulators are solid ones with excellent ROM support, the standard basic features, and extra fun features such as fast forward mode and cheat codes. Both John GBAC and John NESS applications have free versions and pro versions. The pro versions of both of them cost 4.49 dollars each. These two emulators are among the best emulators for android devices. 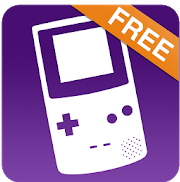 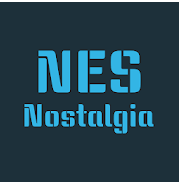 Nostalgia emulators are also a reputable emulator developer on Google Play. This emulator does well in the following three categories: Game Gear, Game Boy Color, and NDS. It is equipped with excellent features that can help you to customize the app. Some of the features include save/load states, virtual controllers. Hardware gamepad support and many other features. If you own an extra android phone, there is also a WIFI controller mode. Nostalgia emulators are relatively cheap, with its price ranging from $1.5-$4. Free versions of the app are available for demo but are not equipped with all the features. 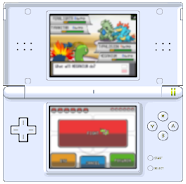 This emulator is among the newest Nintendo DS emulators in the market. It contains all the basic features such as save states, external controller support, load states, and customizable gamepads. It is a perfect emulator to have though it has bugs but it can also play most of the games. Downloading it is free, and you can get it from Google play store. However, I should give you a disclaimer that there are ads that will be annoying after downloading the app. 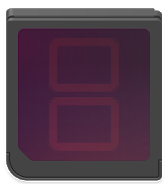 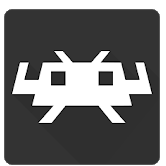 This DS emulator can also support other game systems, and that is why it is referred to as an all in one emulator. It can support systems such as SNES, Game Boy, and Game Boy Advance, among many other Non-I Nintendo game systems. If you want to play a Nintendo game with this emulator, then you will have to download it first then get DS core. It works individually with various systems. All the basic features are available in Retroarch Emulator. You can download it from the play store for free. Its advantage is that it does not contain ads and in-app purchases. 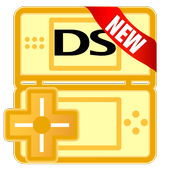 Mega NDS is the best DS android emulator that you can have on your phone. This is because it is rich in features and the speediest ds emulator. It is the perfect one to play your Nintendo DS games. Mega NDS works best on Android version 4.0 and above, so ensure that your android device falls within that bracket. Installing the app is free, but it contains some ads which might be annoying. The advantage of the emulator is that it can run all the NDS games. However, the app does not have any game, so after downloading, it searches for the games and starts running them via the emulator.

If you are a passionate android game, then this emulator is the best option for playing Nintendo DS games. It is a superior app that functions smoothly with Ds games and also other game types. Another incredible advantage of this app is the fact that it is speedy hence enabling you to enjoy gaming. Equipped with most of the features, the emulator provides you with excellent graphics. Surprisingly, downloading the app is free. However, it contains bugs and advertisements which might annoy you while playing your favorite games. 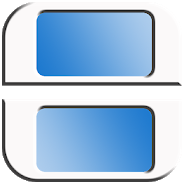 This classic NDS emulator is designed to allow avid android gamers to enjoy their NDS games on their phones. With the emulator, you can use uncompressed ROM to increase the speed of the emulator and enjoy your play. The emulator has features like graphics and sound that improve its performance. You can use the controllers of this SuperNDS emulator because they are designed to be customizable. In case the emulator crashes because of a lack of RAM, then you can free up the RAM by closing all applications that are running.

The mentioned above are some of the best DS emulators that you can have on your phone to help you enjoy playing the old console. Some of them work effectively while others don’t. As you have seen in the article, there are some that offer you free versions for trials before purchasing, and others don’t. For the emulators which provide you with trial versions, it is crucial to give them a try and see how they work before buying one. This will help you make a wise decision before paying some cash for an emulator.

On the other hand, the emulators which do not have trial versions, you can try them before the refunding period lapses. Do not buy an emulator, and they stay with it without trying it first. The refunding period has been placed by the developers to ensure that you get for yourself the best emulator that will satisfy your gaming needs.