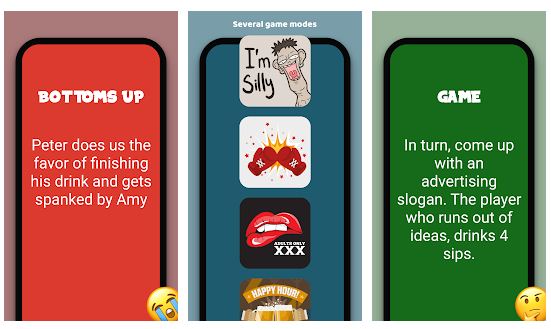 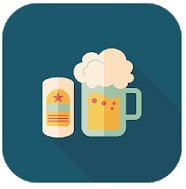 Piccolo is the best Drinking game app Android 2023 and is a nice little drinking game app for Android. The coolest fact about this game is its simplicity. At the starting of the game, you need to enter the names of players (3 or more), and then all you need is just read what is written on the blue screen.

After that, there will be lots of hilarious challenges which you will definitely like. If you want to make the game more thrilling, you also have the option to add your challenges. This app is an excellent choice for minimalists and has no complicated details, no sounds, just the challenges. The only mode that is available for all is called ‘Getting Started.’ The other four modes, such as ‘Getting Crazy’ or ‘Caliente,’ need to be paid for. Try this superb game now! 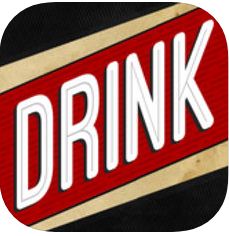 Drink-O-Tron is also one of the best drinking game app iPhone 2023 and is another more drinking game with cards. This app includes several decks of cards to select from, but only two of them are available for free of cost. This app also includes couple of small games written on the cards, but mostly all the cards will tell you to drink a certain amount of alcohol. 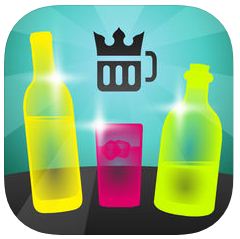 The King’s Cup is another more app with cards and challenges. The rules are the as usual in which players, one after another, select a card and do whatever is written on it. The challenges are not very casual. The only speciality of this app is that a player picks a card from a circle of cards, which develop a nice impression. 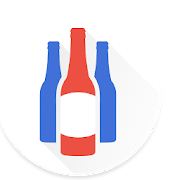 Seven is also great game with cards and crazy dares.

This app possesses 3 levels of complexity in which only 1 is available free of cost and also includes lots of cool cards with mad requests. This is just a bunch of cards which is connected either with drinking or with doing crazy stuff. There are also two additional decks to purchase, but even the standard one will be enough to have fun. 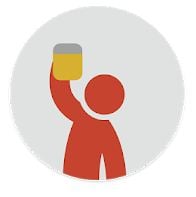 iPoker is one of the coolest and amazing drinking game apps ever! It is just a simple game app with cards, which will tell players what to do. However, the most bizarre requests of this game will certainly break the ice even if you open the app and see a bunch of decks of cards to choose from. All of the cards except one are not free, so you have to choose the free one. Then you need to choose several players, and this number is not limited.

Thus you can play with more than a hundred people at once! After this, the game starts, and each player is offered two options either to drink a certain amount of alcohol or do something crazy. The person with the maximum score is the winner. 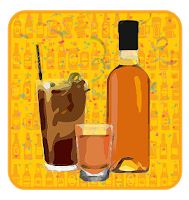 Game of shots is a game for Android, which includes seventeen cool drinking games, which includes Truth or Dare, I Never have, The Bottle, Guess or Drink and so on. All these games are pretty simple, but they can get real spice if used appropriately.

This game comes in two languages, and that is English and Spanish. The interface design and the sounds are far from being extraordinary, but everything is clear and understandable. So, if you want to possess all the possible drinking games in one app, you have the option to go for this one!

The game itself is quite simple, but there are so many twists and confusing challenges that we strongly recommend you play at the beginning of the party. At the starting of the game, you need to add several players and choose their looks. Everyone can choose their look for themselves, which can be quite funny because you never know which picture will show up next.

As the game starts, you will see a deck of cards, and each player has to guess what card will be next. Whether the guess is true or false, the app gives a challenge to a player or everyone.
These challenges can be quite tricky. The person with the maximum score is the winner. 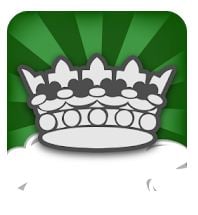 Kings is one more drinking game app for Android users with a deck of cards. Every card is assigned with a small game or a challenge. One of the players needs to tap a deck and do whatever is written in the card as instructions. As the time passes, everyone begins to remember the meanings of cards, so the game becomes more energetic and fun. 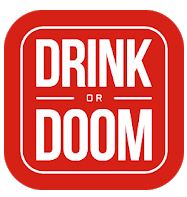 Drink or Doom is also hilarious drinking game app. In this game you don’t have to deal with cards instead the app will offer you an alternative game play, in which all players roll the dice and move their characters to the next challenge. The challenges are from the list ‘drink or dare’, Truth or Dare, I have Never, The Bottle, Guess or Drink and so on. etc. 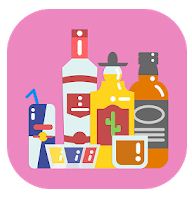 This app is perfect for parties. It will combine all your favourite game in single app. This game includes four main special game modes which includes Tipsy, Ridiculous, Sexy and Macho. This app is special from other as it allows you to make your own rules. Try this game! 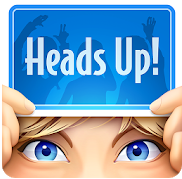 Built for Android/ios-powered devices, Heads Up Android is an entertaining drinking app game worth playing with your friends while drinking. The game is all about guessing words and answering questions on a wide range of topics; including, blockbusters and superstar movies and so on.

Notably, the app records videos of stupid mistakes made by you or your drunk buddies during the game so that you and your friends can watch them later for fun and laughter. The rules are pretty simple; the cellphone screen is held to a pal’s head so that everybody can see the game, which requires players one at a time, to guess a missing word even as time counts down.

If you can’t figure out the missing word in time, you have to take a shot of liquor before someone else takes up the challenge. 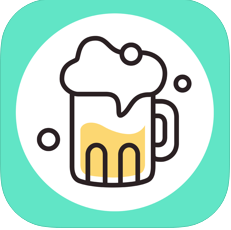 Built for  iOS platforms, Drink and Tell is a fairly new drinking game app that seems to be gaining huge traction as we speak. The game entails a variety of questions that are grouped into 7 categories; life & death, personality, sex, love, ethics as well as user-generated.

The 7th category; in-app purchases, isn’t free though. The questions under it must first be paid for in order to be accessed. All in all, it’s an exciting game that will keep you and your buddies having a lot of fun and entertainment drinking and playing at the same time.

Never Have I Ever 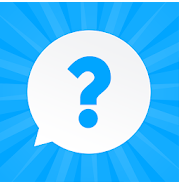 Designed for android/ iOS devices, Never Have I Ever is a broad drinking game app that comes with up to five different games, including card games and so on, to select from. With that freedom of choice, you can choose what you think best suits you and your buddies at the moment. Plus, the game’s unique festive and bright design is sure to light up the happy and excited mood even further. 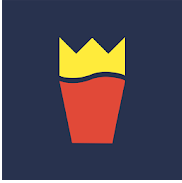 The King’s Cup drinking game has got a variety of challenging and/or crazy yet exciting tasks for players. Players are expected to select a card and carry out whatever is written on it! Once again, if you aren’t able to execute a task because it is too embarrassing, you are compelled by your friends to drink! 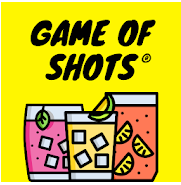 Drink! consists of a cocktail of different drinking games, including a quiz game, card game, reaction game, and a tug-of-war game. The game is free though it includes advertising, which can be disabled after playing seven games. 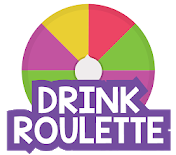 Drink Roulette Android drinking game app is not only interesting, but it is also full of humor thanks to the wide array of humorous tasks it comes with.

The game entails 4 different categories; Classic, WTF challenge, Team Fight, as well as Hardcore or Dirty. Each category has its own hilarious and crazy tasks, which include answering questions, doing daring stuff and so on, for all of you, making the experience quite fun. 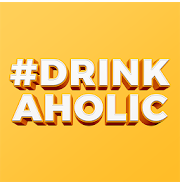 The Drinkaholic Android drinking game entails three modes to select from. The first mode is “Sober,” which is the right option when the party is just getting started, and both you and your buddies are still sober.

The second mode is “Tipsy,” which is ideal when folks are starting to get drunk. The final mode is ” Drunk,” which makes total sense when you all have gotten drunk and aren’t embarrassed to answer any embarrassing questions. Remember, questions become more embarrassing with each subsequent mode.

Those who cannot answer a question due to one reason or another are forced to drink, which makes the game quite fun. 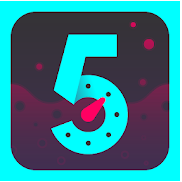 5 Second Rule is an entertaining drinking game that best suits those who know how to handle pressure. The rules of this Android-oriented drinking game for up to 12 players are pretty easy. Each player gets asked a question and has got 5 seconds to answer it.

If they provide a wrong answer or fail to provide an answer within time, they are forced to take a shot of liquor! 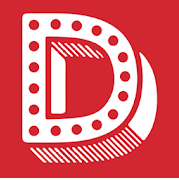 Designed for the Android platform, Drinkly Android is an exciting drinking game app that can be played by a number of players ranging from 2 or 12. It goes without saying that the game offers so many different types of playing cards that players will not get tired or bored!

They can choose from paired cards, interactive cards or companion cards. Each card played will not open again until players complete all the remaining available cards.

So these are the best Drinking game apps Android/ iPhone 2023, allowing you to arrange unique and amazing games for your drinking party. I hope you like this article. Please do like and share and also share your views and experience with the above games.
Thank you