Have you ever given it a thought that how amazing it would be to have your race car? You can take it out in the streets to show it off to the people around the town. What an amazing experience it would be to ride your race car at full speed? The thrill of driving on the empty streets at speed more than 200 km per hour is beyond measure. Taking a park in a place can drive you crazy. It is the best way to raise your adrenaline level and feel the ecstasy of the elated situation. Get your race car an ultra look and speed it up to the level where it becomes impossible for the opponents to catch you. Well, all this can be felt in real life when you play the drag racing games. The feel and level of excitement are the same. There is an assortment of the best drag racing games app in the market. There are so many features in these games that you can get yourself entertained from day and night by just playing on your device. Now, let’s not wait any longer, to keep the excitement going on let’s check out the rundown of the top 15 best drag racing games 2021 mentioned in the article. 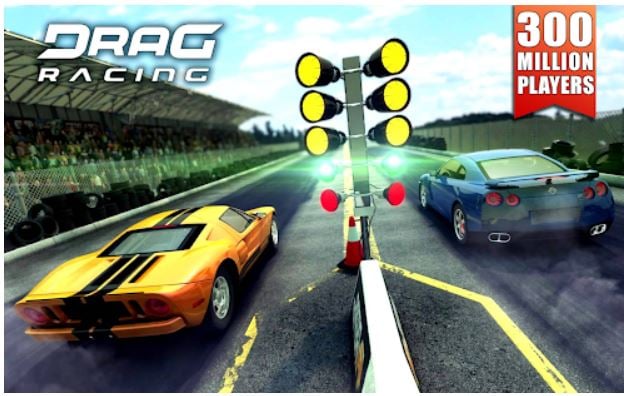 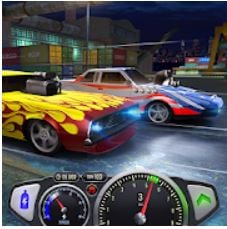 The Top Speed: Drag & Fast Racing4.7 is an ultimate drag racing game where you have to prove yourself superior to all the criminals out there in the city. You have got your best car among all the 69 pieces of cars that are available out there in the game zone. What more could you want? You can also bring changes to the theme and certain details of the game. Let your racing car roam around the best 5 cities in the country. All of these cities are different in every respect. The theme of the cities is entirely varied and unique. With remarkable graphics and sound quality, you have got the ultimate power to show it to the world. 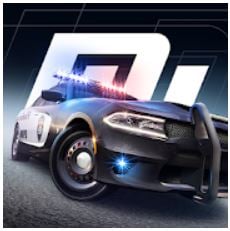 How about getting the chance to get into the fiercest race of your life? These drag racing games cars have been powered by nitro. You can now swerve and swirl all racing tracks with a trace of yours. The excitement rises to the next level when the racer encounters realistic game modes. There are ample of real cars with their license. All the vehicles in the Ni Nation Drag & Drift drag racing game is designed with high-end technology. You need to hand the force of the nitro-powered engine with full efficiency while you take your car off the roads. 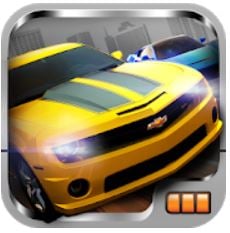 The Drag racing classic is a supreme electronic racing app that has been designed by the Creative Mobile Games developer for all iPhone users. There is a huge variety of cars which have been imported from different locations. Not only just that but these vehicles also comprised of features and styles that have been adapted from the United States of America, Europe as well as JDM. With all the high-tech features that this drag racing game consists of, it would not be surprising to know that it has more than 100, 000, 000 lovers throughout the world. Get yourself indulge in the supreme ecstasy of the Drag racing classic game. 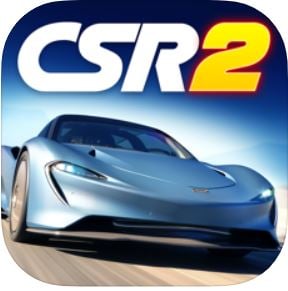 When the top drag racing games are talking about, it would not be fair to not mention the ultimate CSR Racing 2. This is an enhanced version of the previously launched CSR Racing game. If truth be told then you need to know that this game is considered to be the number one game from all the others drag racing games. To keep the players engaged throughout the game, the developers have introduced a very special feature which includes the players get to alter the features of the cars as per their choice of accessories. The players also get to ride several supercars like Koenigsegg One, McLaren P1 as well as LA Ferrari. 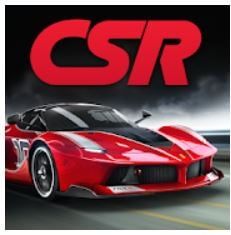 The game needs no introduction at all. If you are crazy about speed, you will fall in love with this drag racing game within a few moments of your engagement with this sport game. The virtual cars are of top-notch built. There are about 100 cars in the game which are designed by renowned leagues namely, Hennessey, McLaren, Koenigsegg, Aston Martin as well as the Bugatti. As a drag racer, you will not only rule the streets of your city but you will also get the opportunity to ride around the world by crossing all the international borders. This game is the best way to keep a check on your adrenaline rush. 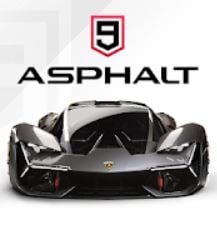 The Asphalt 9: Legends has been developed by Gameloft SE. The racecourse is indeed designed for the legends. The game can be installed by any android user without paying a penny but if you are looking for some more exhilarating features then it can be unveiled by utilizing the in-game purchase offers. With the current update of the game, the players will get to participate in the Porsche season. The excitement does not stop here, the new season of the Asphalt 9: Legends – 2019’s Action Car Racing Game4.5also brings in 5 exotic Porsche cars for all the racers out there in the streets. 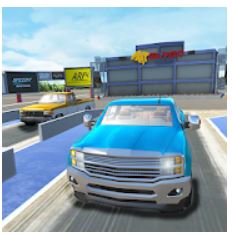 The Drag Racing Pro has been created by the Slyon Studios LLC. This drag racing game is unique in its way. The player will be the driver of the heavy diesel trucks.  The trucks are ready to steer on the roads in a single touch. If the control of the game is concerned, you will find it very smooth and easy to navigate. If you have ever had a ride on a truck, you would understand how challenging it would be to maintain its balance when it is moving at the top of its speed. On the off chance that it is your first time in the race then you must set a goal to be the 1st in the race. Let the world of racers know that the champion has arrived. 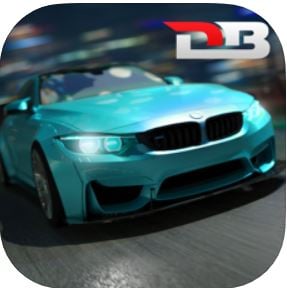 The cars, as well as the race track of this report, are meant for those who are looking for the best real-life experience while riding the car. The Drag Battle racing game is compatible with any of the android as well as the Apple phones. There are no bugs or glitches to be found in this game. You get to enjoy the extreme level of graphics here as the game gives you an option to look at the street with the “inside view” of the car. Paint your car with your favourite color. Do you want the headlight of your car to be more focused and brighter when you take it out at night? Well, this wish can be fulfilled by changing the accessories and style of cars. 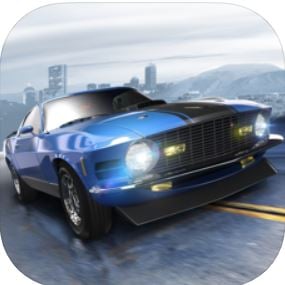 It is great news for all the iPhone uses that now they can customize the racing cars until perfection. The Drag Racing streets game provides the opportunity to all the users to enhance the power of their engine up to endless times. Start your absolute racing experience with JDM, Combat Classics, Stance, and many more other game modes. Get yourself ready for the long races as the tracks are as long as 0.5 miles. The game conducts tournaments every week to keep up the game spirit. Real players will be competing against each other to win the ultimate reward. Do not let yourself drag down in this race otherwise; you will fail to get the reward point and the added benefits that come along with the winning trophy. 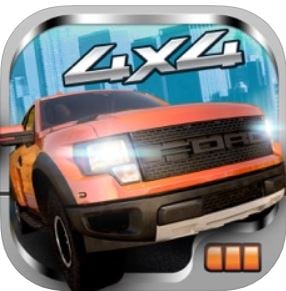 Are you not happy with the drag racing game you are playing? Has it become boring for you now? Well, if it is the case with you, then you need to switch to the Drag racing 4*4. The game will let you drive bigger trucks and SUVs of 4×4 sizes. You would never get bored of the game as the creators are determined to render their users with varieties and features which you will never get in any other game. Be prepared to handle trucks of the monstrous build. 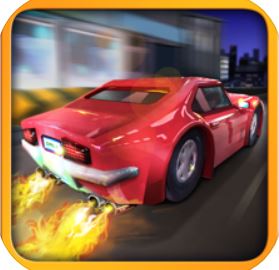 The 505 Games (U. S.) Inc is an incredible game developing company. The company is known for their excellent creations. With the launch of their flagship product which has been named the Drag racing live, they are now ruling the games market. This drag racing game has been created for every apple user. It runs with complete perfection on all the iPhones (from and above iOS 4.3). Not only just that, but you can also play the game on your iPad as well as iPod touch. The execution of the game is so perfect that you will fail to catch any sort of glitch or delay while your car is hovering around the world. 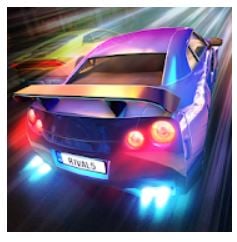 The perfect way to kill the boredom around you is to get yourself engaged in some thrilling activity. What could be better than playing the world’s best drag racing game? The Drag Racing: Club Wars is such an interesting game that it has come out of its virtual steer to the real one where a huge number of players are getting themselves immersed in the game’s race track. If the truth is told, this giant racing game has become the talk of the town. This is because of the collection of 15 unique and special cars from all around the globe. 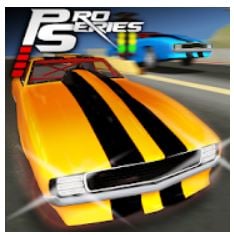 The race tracks of the Pro Series Drag Racing game are known by the majority of car racers for its dirt and dangers. This racing game has the best grades of engines available for the players. If you enjoy the bumps and holes in your race track then this game is specifically designed for the player like you. Show your aggression and the rough side of the world. Let them know that the master has arrived in the town. You cannot afford to not be at the top. The game offers cars for professional players, street, racers. There is also a car’s variety available for those who are in search of some fun in the race as well as for disastrous players. 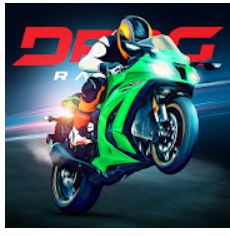 Are you tired of looking for the best bike drag racing game? If it is true then this game is for you. The Drag Racing: Bike Edition is all about bikes. When you press the control of your bike to increase the acceleration to get the maximum possible speed, you will feel the adrenalin rush through your bloodstream. All thanks go to the outstanding visual effects along with the real bike sound. The Creative Mobile Games has created a masterpiece in the form of Drag Racing: Bike Edition. Get your headgear and gloves ready to ride on the coolest and mysterious bikes of the racing world. 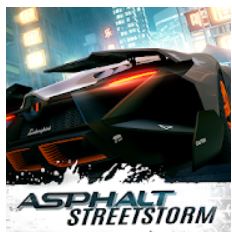 The stakes tend to become high when 4 players are on the same racing track and at the same time. Get yourself ready to get all sorts of fun and excitement on the road. Display your talent in the city. The entire game has terrific 3D effects which will take you to the other world and forget the reality.

The drag racing games are meant for all groups of people, from kids to adults. Do not let your dream die inside you. With the launch of so many amazing drag racing games in the market, you would be now able to buy your favorite race car, truck or bike and show it off to the real players. Make your competitors jealous by getting a nitro-powered car or your monstrous truck.