Do you also love D.C. games or Marvel games? D.C. games are specially designed for those who like to display their strengths and get high degrees of success. Just like Marvels, DC has also been successful in showing some amazing films. In such games, you can create your own villain or hero who will fight against all kinds of legendary characters present in D.C. Universe. Here, you are going to control every strike in an ongoing battle. Just fight for the glory, fight for your power, and fight like you never did before. This will surely bring an incredible feeling inside you. Pick up all the items and use them for smashing your enemies and just feel your powers meant for impacting the world.We are listing some interesting D.C. games that are best for android/iPhone 2021 in which you have to save the whole universe from debauched villains. 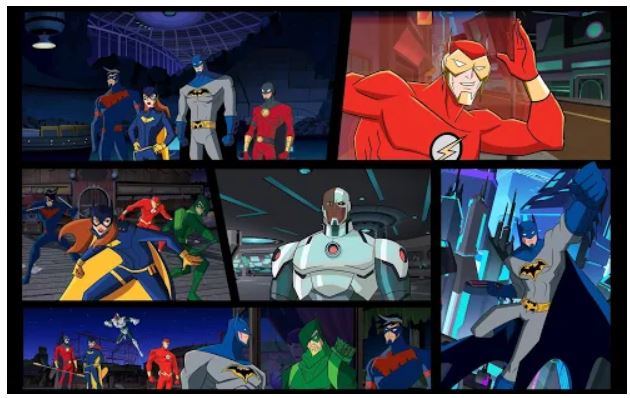 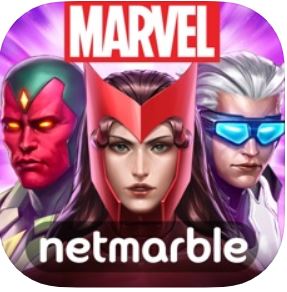 Marvel Future Fight is an excellent superhero themed mobile video game presented by Netmarble Games. It is known to be one of the best as it is suitable for both Android and iPhone. In this interesting game, you have to assemble X-men, Avengers, Guardians, and other superheroes for saving the world. Unlock and gather superheroes to make your superb collection.Certainly, it is present as an epic blockbuster game having more than 200 characters from Marvel Universe. Nick Fury, S.H.I.E.L.D.’s director, sent an urgent message to all heroes from the future that the world is destroying and they have to defend it. Use your favorite characters for completing the missions. While playing this game, you can level up your characters and further gear to unleash the powers. Select from the hundreds off uniforms for enhancing the character’s powers and improve their looks. 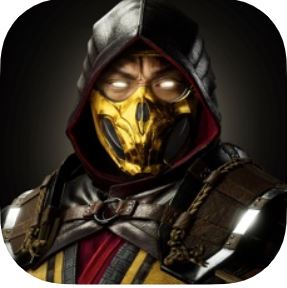 Mortal Kombat is available as an American media franchise on which a series of video games are introduced to the game lovers. The stunning graphics, over the top moves and exciting features of this game will surely steal your heart. Here, you can make a team by using 11 console characters that are packed with some unique abilities. Discover special attacks features and powerful artifacts using unique synergies and getting advantages over different enemies. In Mortal Kombat, you have to collect around 130 characters like Johnny Cage, Scorpion, Cassie Cage and many others.Prepare yourself for completing difficult challenges and accomplish numerous series of matches while bringing new warriors. You have to compete with different players via online competitive modes. Start unlocking characters and winning the battles by showing off your skills.

3. Injustice: Gods among Us Android/ iPhone 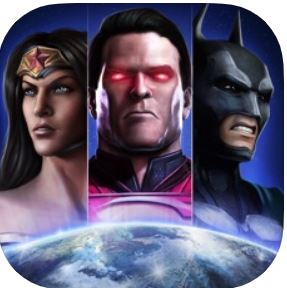 Want to play an interesting battle with your all-time favorite superheroes? Injustice: Gods Among Us is a D.C. game loved by many as they can build a roster of characters, powers and enter into an arena. Make use of touch screen mechanics given in your mobile device in the battle for killing the enemies. Tap and swipe to perform different combos for creating your own power to do special attacks. Make your own move sets, increase the powers, upgrade the characters at every stage and win the game. 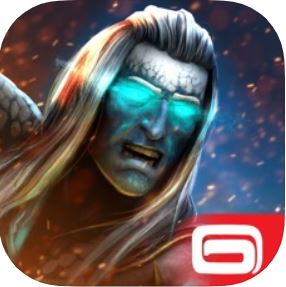 In Gods of Rome, numerous souls of powerful gods come together for a brutal battle. Indulge in a fight to restore peace in this amazing game meant for mobile. You are going to enjoy an experienced tailored to mobile platform using both swipe and tap controls. Join the proud ranks of supreme summoners of ancient legend. Enjoy a journey through ancient world and some unbelievable locations. 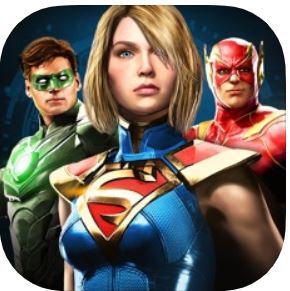 Counted amongst the best D.C. games, Injustice 2 will take you to another level of fighting. Here, your job is to gather a team of heroes such as Wonder Woman, Flash and Batman for contesting the forces working against you. By playing this game, you can master different combos and crush opponents. Start upgrading your super heroes using special powers at the time you are fighting in the game. In every battle, you have a chance to become an ultimate D.C. champion. Show off your super moves and earn the rewards by customizing your super heroes’ characters and their gears. 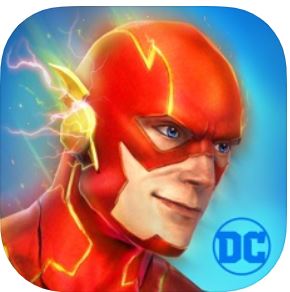 It comes out to be one of the awesome D.C. games meant for iPhone. Build an epic roster of D.C. super heroes and villains to prepare you for an extreme battle. It is absolutely free and you are allowed to use your touch screen mechanics. It is true that you can’t save the world alone. That’s why; you need a backup of Justice League heroes. Connect with Batman, Superman, Wonder Woman, and The Flash for an ultimate D.C. experience. Join PVP battles with them and clash against rival teams to fight across the galaxy.Throughout the game, you can empower your heroes using super power attacks, progress their stats and upgrading the gear. Mind that your future is in your hand as you have to use numerous strategies required for dominating your enemies. It’s your responsibility to put all strategies together for every situation. You can customize your heroes for winning the battle and gain new abilities as well. Fight against other players all around the globe for demonstrating superior strategy while team building skills. 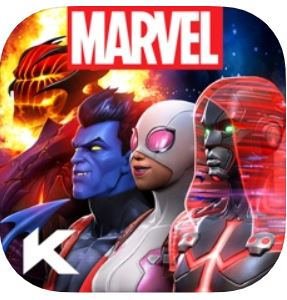 Have you ever thought about making your own squad of MARVEL Super Heroes and Super Villains? Try out different moves for fighting with the enemies. Believe it; you are going to enjoy some groundbreaking cinematic while unleashing dynamic chain of combos. Team up with your friends to create a strong alliance for fighting a game. Level up and manage your team in order to receiving synergy bonuses.Explore a journey where you are going to enjoy an exciting storyline. Solve different dynamic quest maps and get engaged in action packed fighting using numerous controls of your mobile. 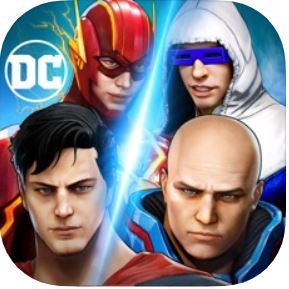 Play one of the hearts stealing D.C. game, DC: Unchained with your favorite heroes and super villains. It includes about 35 characters that are packed with unique abilities and skills. You can’t think about getting up from your seat while playing this game. The game is known as Live PVP, where you can have your own super hero ad super villain team. By creating your own team, you can win the game by complete all missions. 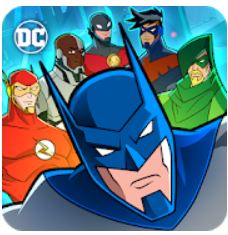 Batman is calling you!

Yes, you read it right!

But how can you help him? Well, you have to collect the clues pieces together. Find yourself indulge in a new Batman story that features your favorite D.C. Super Heroes. Solve the puzzles using Green Arrow that help you in navigating through the city with superhero The Flash. Fly over the Gotham city, help the Cyborg to hack a computer and track all the secrets that are hideout. You can also practice your archery skills in a laboratory so that you can fight in an excellent way with the enemies. Direct The Flash all through the streets as he needs to gather evidences at lightning speed. Help Batman to grill the scarecrow, Solomon Grundy and Solver Banshee. 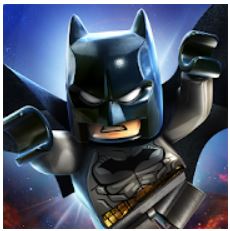 Expose 100+ characters that are having some amazing abilities and powers. Characters include Lantern heroes, Solomon Grundy and many others. The core of playing this game is just like previous Lego Batman games. The player has to control different characters as a third-person perspective, fighting enemies, solving numerous puzzles and collecting all Lego studs. You will find a plethora of environments in the whole game. The game is completely based on D.C. Comics’ locations. Step-by-step, the levels are unlocked for ‘Free Play’ mode after completing a Story Mode. Because of ‘Free Play’ mode, one can replay any level until and unless he completed it. The player can switch between different preset characters. 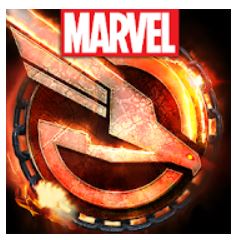 The game allows you to make your own strike force and a squad of powerful MARVEL superheroes and super villains. There are lots of them like Captain America, Iron Man, Elektra, Loki, Venom and more. No matter who you choose, the important thing is you have to win the game. Try to make a mixed team of super heroes and super villains so that they can perform their best moves to kick out the enemies. The presence of professional in-fight techniques in 5v5 battles provides you the facility of beating the best villains present till now in MARVEL universe. Believe it, you are going to experience some amazing, groundbreaking gameplay mode, which is completely cinematics as the heroes are going to give free rein to dynamic chain combos. You can easily play this game on your android phone. 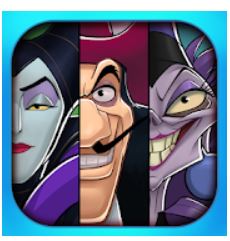 The battle packed game of Disney Heroes: Battle Mode is loved by the game lovers. Here, you will find The Incredibles, Pirates of the Caribbean, Robin Hood, Beauty and the Beast, Toy Story, Alice in Wonderland and many others. You have to combine different attack missions and strategy campaigns while playing this RPG competition.Upgrade your characters’ time-to-time and equip them with astonishing skills that help them to fight in the game. Don’t forget to discover a replacement digital world where you have to fight for saving your fellow heroes from an evil virus. Defeat all the challengers you meet while playing within the Arena. Mind that the game will become tougher as your level goes up against virus-corrupted versions. Collect more than 100+ Disney and Pixar heroes and make your own team. 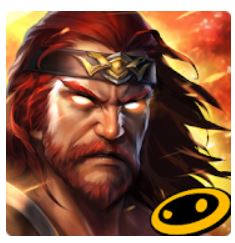 Eternity Warriors 4 gives you an opportunity to crush your enemies and become a hero. Use your lightning-fast Assassin to slash all your enemies, fire upon them like a Mage and bring them down as an imposing Crusader. In this game, you can choose your own hero that perfectly fits your playing style and double up your gaming experience. Explore rare weapons, armors, and loot required for enhancing your abilities. By upgrading your both passive and active skills, you can advance your power and master them all. Do enter an arena of battle where you can play with other players online.There are some important things that you should note before playing this game. It is not meant for children. Secondly, it is free to play, and you can also select to pay your real money to buy some extra items for which you will be charged from your Google account. You always need an internet connection to play it. 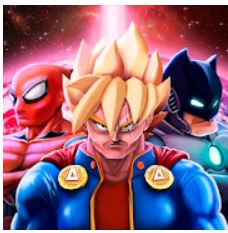 Superheroes League – Free fighting game is introduced by Altivasoft and popular because it provides you a chance to be the best fighter in all championship hero leagues. Get a chance to select your hero who can fight the way you want. While playing this game, you can unlock and collect the superheroes by fighting the game. The main motto of this game is to save the world from bad people. 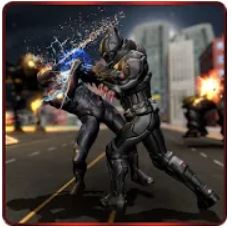 Are you ready to fight a battle?

If yes, then build an epic roaster of all super heroes and villains who can help you in the same. It is absolutely free to play a collectible card game in which the players have to create a team by selecting characters, powers and finally entering the Arena that is packed with action. Use your touch screen mechanics while completing the battle with your enemies in 3-on-3 action combat. Perform different combos while doing swipe and tap to pull up your power for special attacks. The wonderful thing about this game is you can build your own mover set, maximize your powers, upgrade your characters as well as weapons and fight the enemies to win the competition.

The listed above are known to be some of the best D.C. games that you can’t think to skip playing once in your lifetime. Take your android phone, download this game and save the universe from bad villains.