Cricket lives in the hearts of the people of India, Australia, England, the West Indies and all the cricket fans across the world. People enjoy watching cricket. They also want to relive the childhood memories of playing cricket in their neighbourhood. So, whether you are a child, young lad/ lady, or an adult who loves cricket, we have come up with an exciting top 5 Cricket PC Games list in the 2023 year complied exclusively for you by our expert’s team.
So, without any wait, here we go: 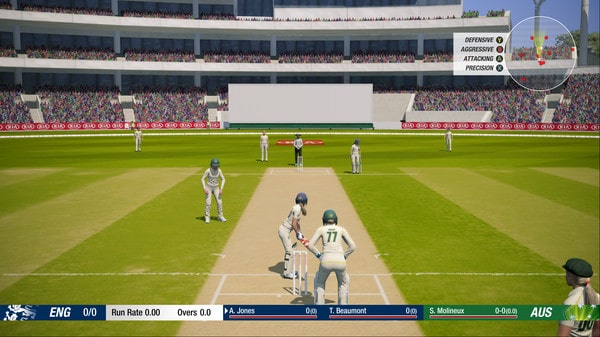 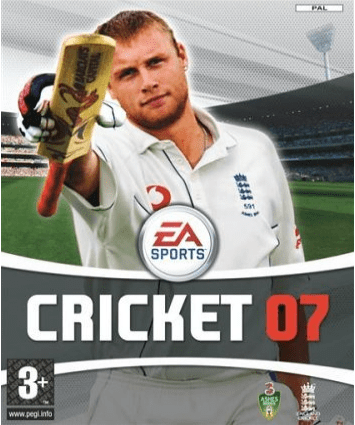 It tops our list and is the best of the available cricket games available for PC in 2023. It was developed by HB Studios and published by EA Sports. It gained massive popularity in the cricket playing nations in Asia. It features English cricketer Andrew Flintoff on its cover. You can play cricket in many formats of different length, whether it be ODI, i.e. 50 overs, or the newly t20s, i.e. 20 overs, or even the shorter one like 10 or 5 overs. And, of course, test matches (5 days) and first-class matches(4 days). You can select your pitches of different sizes, and you can also choose different weathers and humidity levels to play. You will get a chance to play in many national levels and international tournaments to become the champion. 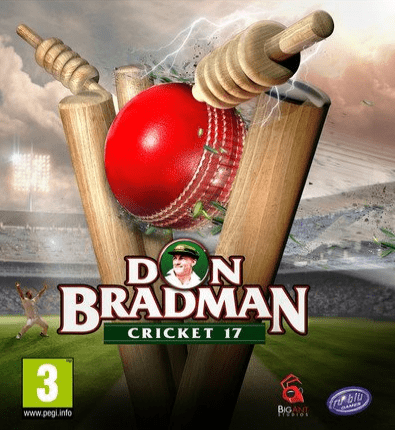 Don Bradman 17 is a cricket game for PC which is developed by big ant studio and published by Tru Blue Entertainment. It gives you more control over the pitch and swing of the ball from its previous versions. It also includes career mode. 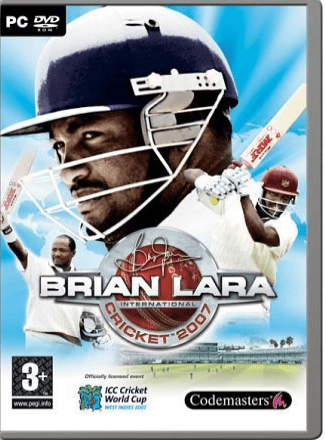 If you are cricket lover and a 90â€™s kid then you must be fan of Brian Lara, and must get your hands on this game. This cricket game for pc is endorsed by Brian Lara himself. You can play various ICC tournaments in this game like one day cricket, test matches, even the cricket carnivals like world cups and t20s. 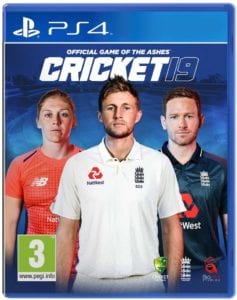 Cricket 19 is developed by Ant Studio. In this game, you have the mode where you will be playing in the predetermined situation. One of nice features of this game is that it include womenâ€™s cricket where you can play womenâ€™s one-day innings and t20 cricket carnivals like world cups. Whereas you can play menâ€™s One day cricket, t20 matches, test matches and world cups. The graphics and the effects are smooth and feels good. It uses Artificial Intelligence, AI makes the strategy for bowling and batting, for both the teams, players likewise. 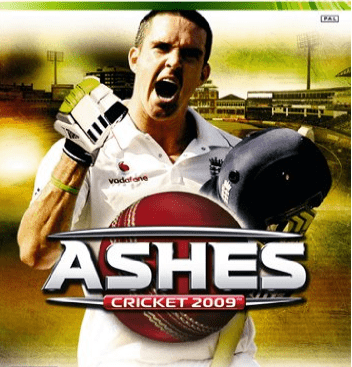 Ashes cricket game for PC is developed by gusto games. The Ashes always brings out the finest cricket from the privileged players who get to participate in it.Physics of the game is dynamic and controls are interactive.The 2009 Ashes series was a rather eventful one with
England having won back the muchawaited series. And this edition of the series even had a game to go along with it in the form of Ashes Cricket 2009. Its default mode simulates the Test series containing 5 day test matches, while this game provides variety of other modes such as test cricket, one day cricket, t20s and more. 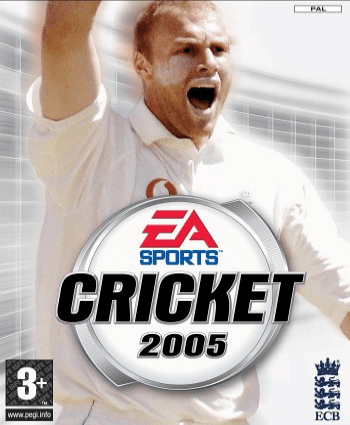 It is a classic Cricket game from 8 part series of games. HB Studios develop it. You can play in single-player and Multiplayer mode. You can play with domestic teams in countries like Australia, England, New Zealand etc. The latest introduction of the t20 format in many tournaments has made it famous more than ever. You can manually position and make placement of your fielding on the ground. Overall this one is a great buy when it comes to the best cricket game for PC. 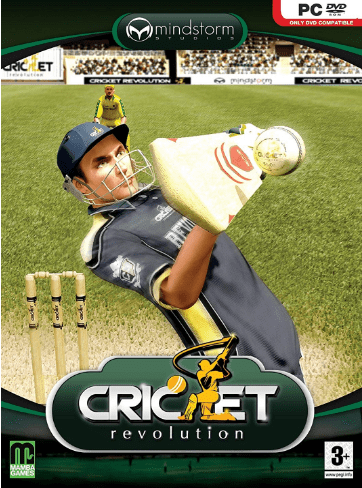 This game is developed by Mindstorm Studios. It is multiplayer cricket game.You can compete with other player in online mode over local area network(LAN). There are wide variety of shot selection you can do for a particular ball, this particular thing bring this game level apart. Also when it comes to scores and statics tracking game performance is awesome. There is also a single-player mode. 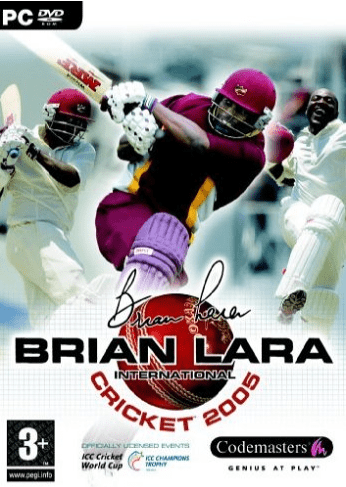 Endorsed by the legend himself Brian Lara and developed by Codemasters. This game has single and multiplayer game-play modes. You can enjoy various tournaments and available formats in single play or with your friends. All I can say is, you will have a great time playing this. 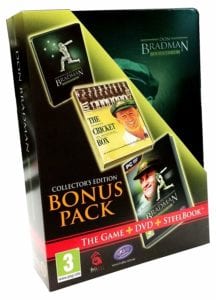 It is developed by a big ant studio and published by Tru Blue Entertainment. You can play it in career mode, custom matches, and online games.
In career mode, you will be playing the character of a cricket player who had started his career when he was 16 and has played for 20 years. You can dynamically select your team and players in this mode too. It covers many famous cricketers too, and you can modify them as well. The ball physics of this game is just amazing. You will also enjoy this game as its predecessor. 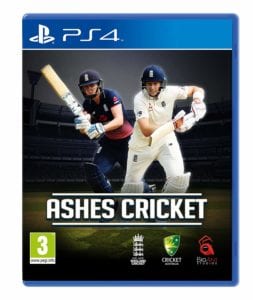 It is created by Big Ant studios in 2017. It is different from the game we pointed out in point 5. You play through the ashes series and choose either Australia or England as your team. You can also play this game as a real player. You will be playing with all the real-life star cricketers. You can create the real players and use them to play. It is a full of features and fun filled cricket game. 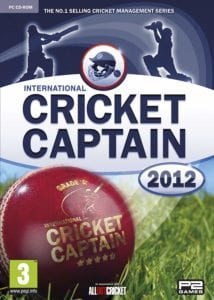 Developed by a studio called Childish Things, International Cricket Captain 2013 is management simulation strategy based than an action-based cricket game. It offers you to take the position of the captain of a team and lead it towards making your team number one. As usual, various different modes are available, including online multiplayer and its really awesome. You can get this game through its official website. 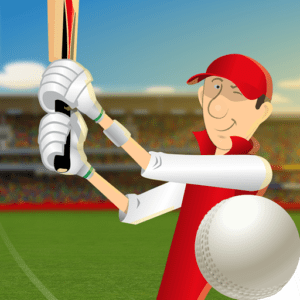 I know this is not like the rest in this list, but if thereâ€™s one simple cricket game you wouldnâ€™t want to miss as a cricket enthusiast, it must be Stick Cricket. Focusing only on the batting, it presents swift and straightforward gameplay requiring you to achieve as many runs as to win. Instead of being a flash game, Stick Cricket offers you incredibly satisfying mechanics. You can play it on PC on its official site or on your Facebook, which also has an applicable web-friendly edition of the game, allowing seamless multiplayer game-play. 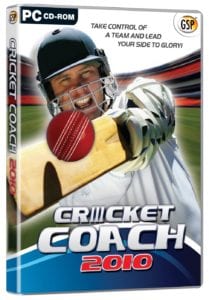 Another management simulation game from our side, Cricket Coach 2014 with an extremely detailed title that features latest updated current career stats of over 6000 players from around the world. Moreover, you can even play customised cricket in this. If core cricket match recreation and management is what youâ€™re seeking for, Cricket Coach 2014 is a must buy. 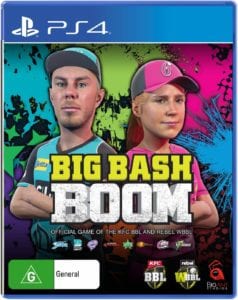 In this game has been taken from the real cricket world, be it the players or the stadiums you will find everything exactly the same as they are shown in Big Bash League.
Its special effects are awesome, for example, you will actually see flaming trails special effects when you hit a six! Game becomes more interesting with its power-ups for both bowlers and batsmen. Overall itâ€™s a fun cricket game for PC. 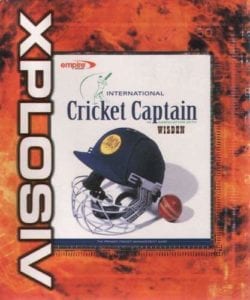 This game offers all-time favourite players of cricketing history in one team. It contains a database of 7000 cricket players, and you name it, each of the legends of cricketing history is included in its vast and extensive database of players. You can play international matches around the world, including t20 leagues and gameâ€™s newly featured test series. You can choose to play as a team as well as you can play as an individual player or make them fight against each other. Game-play is smooth and seamless. Time flows like water when you sit down to play the game. The International Test Cricket game is a unique stats based Cricket Test Match stimulating computer game for PC. If you are looking for a management type cricket PC game, this is the option for you exclusively. So efficiently tweak your strategy. And donâ€™t forget to monitor your results and tweak continuously as you find the unbeatable team that will intimidate the opponent. And this is the fact that this game earns a place in our top list. 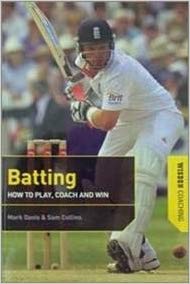 In this game, you will get the feel of real cricketing graphics though sitting in front of your PC. It also has many strategic crossroads and build ups where you get the thrill of the real match. So, what are you waiting for pad on you remotes and game on. 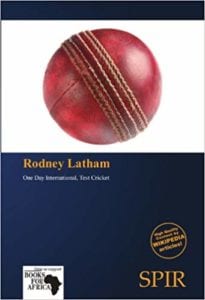 This game is more of an management type. If you are good with your calculating mind skills you will excel at it. You can also enjoy the build ups and force your opponent to loose by building a strong team. Monitor your stats on your game journey, make adjustments in your strategy and make quick decisions and you will enjoy this treat. This one is old school but a nice buy and makes to our top list. 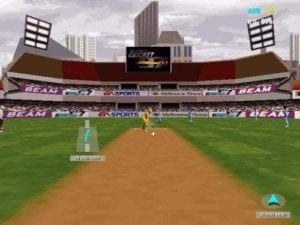 This game was first released in 1997 and is the sequel of Cricket 96. This games comes with improved features which lacks in Cricket 96.
It contains 3-D stadiums ( though the players are still the stripes ones.)
First time commentary is provided by cricketing greats like Ritchie Benaud and Sir Ian Botham. Downside is it does not feature any real player names as in the previous versions of the games of this series. 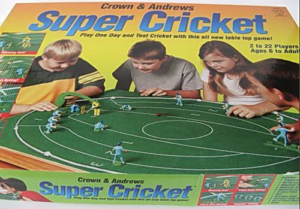 This one may not be as intuitive as the other on the list, but Tabletop Cricket is still fun to play. This is a product of the Big Ant Studios and is highly fun to play. It is all about finding those gaps between fielders or making the ball go over the boundary. There are several excellent features in this game.
You can go on a World Tour and compete as one team of the 16 cricket playing nations. In the journey, you get a chance to participate in 60 challenges and matches. You can play against your colleagues or even go single-player mode with different games types like ten over, 20 over, one day match and Indoor Cricket Rules. It has got full keyboard support, and the progress can be saved over the cloud. 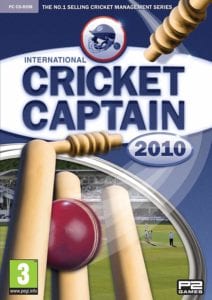 In this game, you can play English County, and there is also the International and Australian Domestic Circuit. The ultimate goal is to become a world champion. It includes the t20s, t20s in the world cup etc. You can play with domestic English and Australian team with your friends online. It contains a complete database of every current first-class domestic player, list-A limited-overs cricketer and twenty over a player from around the world (over 3000 players).

So, at last, we conclude that each game is particular on its own. If you want the core cricket experience with low PC configuration, go for games like Cricket 07, Brian Lara International Cricket 2007 or Ashes Cricket 2009. If you have an advanced PC and born after 2YK, go for Don Bradman 17 or Cricket 19, you may enjoy the AI part of these games. Stick cricket is different from the main league. Others are management and strategy based. Choose your taste and hit boundaries and sixes while sitting in your room.