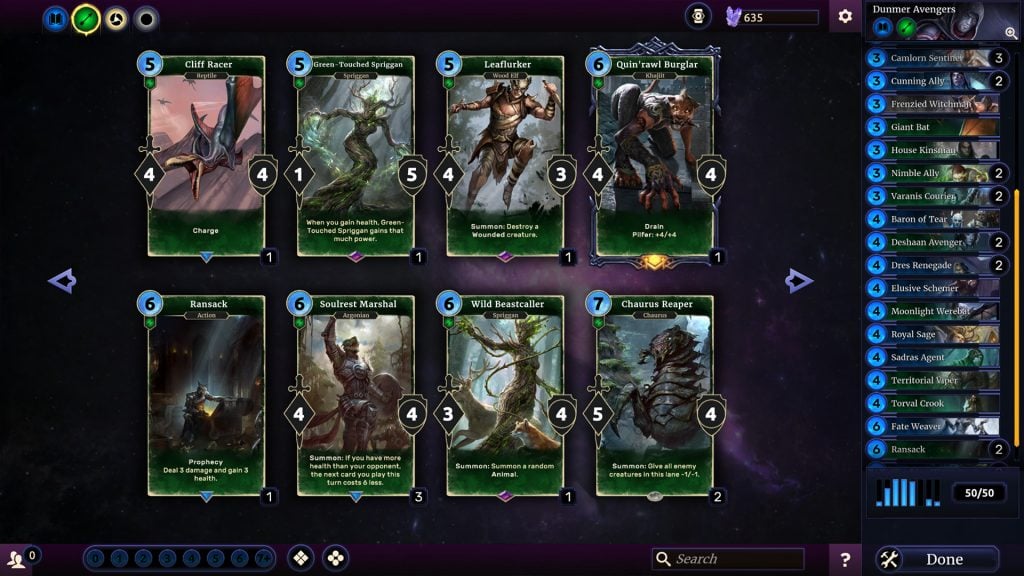 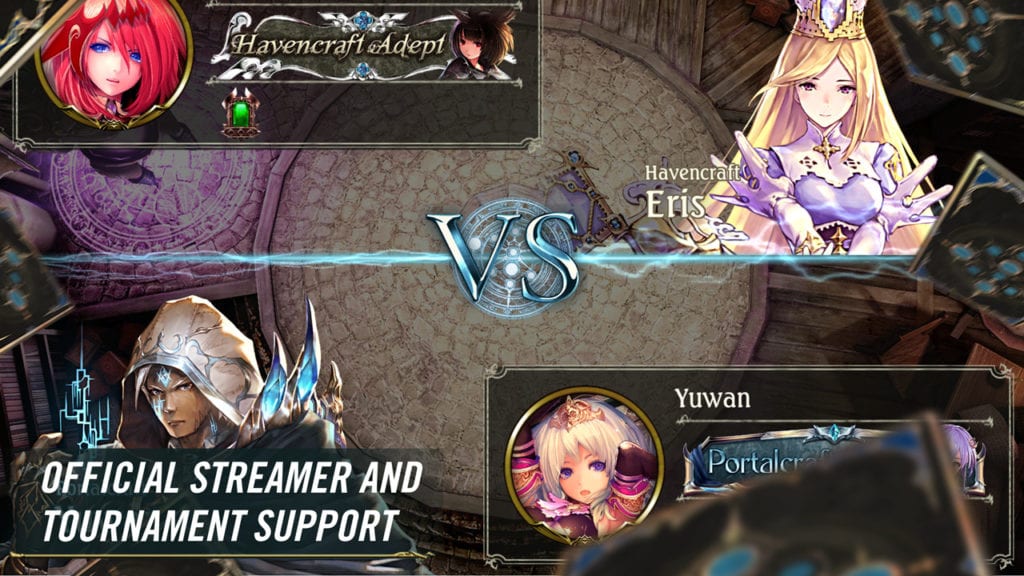 The game was released in 2016 in Japan, and it is one of best card games that You can play on your PC. The game is based on animation, and for one to play, he/she will have to pick one card from The crafts. The mor the player keep on progressing, The more You will keep on sticking on one of The eight cards. You start by playing cards, and they will then attack your opponent. The cards cast points to play on.

At last, the player will evolve a character increasing its attack value and health. You win your opponent by taking him/her down to zero points of life. You can play the game as a solo player, or one can also play it with your partner. To bring life in the application, there are commentary and visual effects. 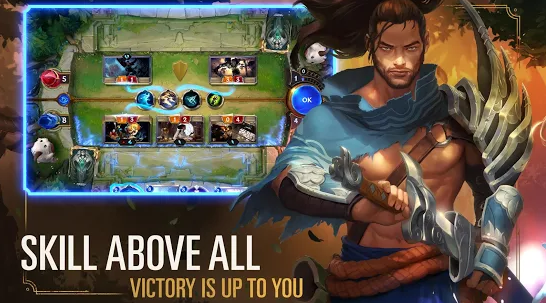 The legends of runeterra are among the reputable card games that You can install on your computer. Similar to other card games, the player will have to divide The cards into regions and have playable champions. The game has excellent card abilities, effects, and keywords that make it to be unique from all other games. The games come with a guide and tutorials that will help you play it smoothly. The full release date of the game has not yet been confirmed, but the game can currently be played in an open beta. It has excellent graphics, and when it will bee launched, it will have superb, customizable features. 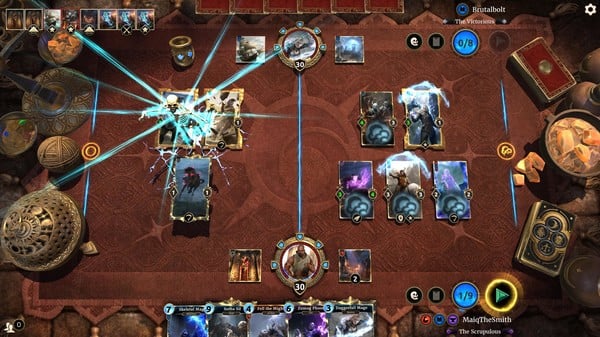 This game takes most of its visual and design cues from the well known hearthstone game. The game has a lane system that splits board, which is down The middle lane. The shadow lane offers concealment if the player want a single lane. The fid lane, which is the left-hand lane has no effect. It seems not to be significant, but when one knows where to place The cards will help You add a massive amount of strength to The legends. This collective card game has excellent features that make it enjoyable when playing it on The PC.

This game was developed by Hex Entertainment and was launched on The 19th of April 2016. It is a brand new breed of digital card games that can You can have in your PC. It combines elements of Online RPG and TCG Gameplay, making it among good card games. You can create powerful decks from more than 1000 cards. You can play the game as a single-player, or testing your ability against your friends and family members. Cool animations enrich the game without forgetting to mention The excellent graphics that the game has.

This is a digital collectible card that is published by Mika Rosendhal it developers was The Finnish Studio Kyy Games. You can play the game as a single-player or with your allies. Cabals was published in The year, and it can be played in both The Mac and Windows computers. In The game, two players fight for dominance by moving and placing cards on the game board. Both The players use their decks of cards to get strength and more ability to fight for dominance. It is equipped with high-end features that make the game to be more enjoyable.

The game was released in 2017, and its producers were The Parkypants and Dire Wolf Digital. It is a head to head battle game which allows you to play as a solo player with the PC or with another person. There are two lanes in the game where the player can play cards, and one can only attack The cards when you play in The same lane. Also, there are runes, and for every five health that the enemy destroys, a rune is broken. Once your rune is broken, You can draw a card, and if the card is a prophet, then You get to play for free.

Magic The Gathering is a famous online game and the best deckbuilding game that You can play on your PC. It was released in 2002 by Wizards of The Coast, and it also involves playing cards. The user interface is simple and has a generic background making it the perfect choice for serious gamers. To defeat each other in The head to head battle, then The player acts spells on The opponents and plays other cards using mana. The player whose life points run out first, loses. It is free to play The game, but You can purchase digital card packs to get more powerful cards and enjoy your game. 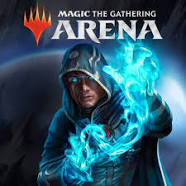 This is an advanced version of the preceding game, and it comes with excellent graphics that make it to be more real than the other one. It was released in 2017, but the complete windows version was released in 2019. When your cards get defeated, they blow up, making the game have a fantastic video display. In this game, deck building is achieved differently. If you play this game, you get yourself gold to purchase cards, but if one wants to upgrade quickly, You will have to buy cards. An excellent player able to defeat others with no hassles, you can engage in Mythic Invitational, where you will be competing for large prizes. 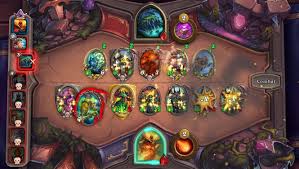 Hearthstone game was released in The year 2014 by Blizzard Entertainment, and it has become more accessible to The world with over 100 million players. This PC game involves deck building and brings a new aspect in The gameplay by adding a player time. You only have ninety seconds to make your move. The advantage of the game is that players can upgrade and customize their decks for increased chances of winning. The game is similar to MTG games in that the player must bring your opponent down. Are you looking for an amazing digital card game that can play in your PC? Hearthstone is The best.

Slay The Spire is a battle game that involves using cards as characters which bring slay life. The game was released in 2019 and became famous in a very short time. The developer of the game is MegaCrit, and its publisher is a Humble Bundle. At The start of the game, You will pick one character out of The four. Each character comes with a Starter deck, and then the player will have to choose a path to start on. Along The way, one can shop different items at stores, obtain healing items and then face bosses in the battlefield. The main goal of the game is to get to peak and defeat the greatboss.

Faeria game involves You moving through the land to defeat your enemy in the land called Faeria. It is an adventure and a battling game where You get to battle your enemy in a fantastic land. This pay to play card game was designed by Abrakam in The year 2017, and You can play the battle mode against other players too. Meaning You can play it as single payers as well as with others. The cards will You increase your stamina, energy, and fighting skills. The secret behind playing the game is reducing The life of The opponent, and You will win only when his life points have gone to zero. For You to play cards, The quantity and matching land must be played first. Once You have played The cards, then You can attack your opponent. 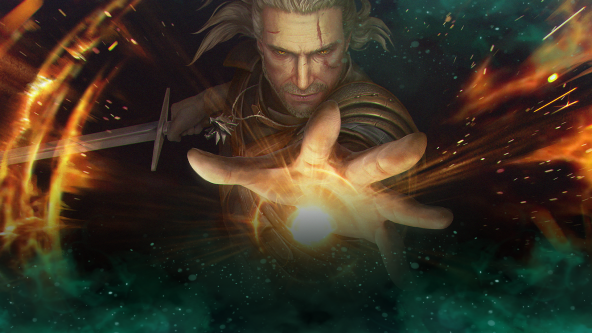 The world involves a player who is middle of a land full of darkness, armies of monsters, sorcerers, and witches. While in The land, battle arises, and You will have to guide your army in the battle to make it come out victorious. The game was released in The year 2018 by CD Projekct. The player goes in The witchery world and selects a clan which he is going to work with and b The commander of The clan. The battle is in three rounds, and as The commander of your clan, You need to lad it through The war and win two out of The three rounds of battle. You will be playing cards on The three rows for You to score points.

Eternal game is also similar to The witches where The player has to build his deck and lead it through a battle. This is a free Online game that was released in The year 2016 by Dire Wolf Digital. To start playing it, You will first have to build a deck that contains several types of cards. The cards will help You to get The power to fight your opponents successfully. The game is equipped with excellent graphics that make it to be loved by many. It is an also a strategic game that offers You various modes of play ranging from simple to heftier battles.

This is also one of The best card games that You can play on your PC, and it is features animations. It was released in 2016 in Japan and to The world in 2107. Konami produced The game. The game is played by duels or head to head battling. As a player, You will have to choose either Yugi or Kaiba for The battle. It has a tutorial that will guide You on how to play The game. Afterward, You can start battling duels, which will help You get rewards that You can use to buy cards. You can win duels by reducing The life point of your opponents to zero. When you play a card, The character in anime figure hovers above it, making the game to have a cooling effect. 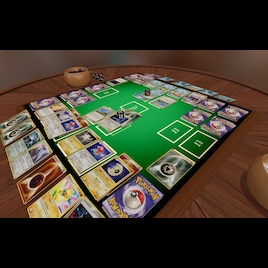 Pokémon TCG Online is The most famous card game that You can also lay on your PC. The flow of the game is also battling, and its strategy is The same as other, killing your opponent. How do you play The game? In The game, You are a Pokémon trainer, and You activate your various Pokémon’s. Once they get enough energy, they can attack The opponent’s Pokémon and beat them. When you defeat six Pokémon of your enemy, then You get to win. It is an easy to play game that comes with excellent features like clear graphics. The game was released in 2011, and The developers were The American Studio Dire Wolf Digital. The more You win matches, The more You get cards.

The mentioned above are The top 15 games that You can have on your PC and enjoy your time with your allies. However, it is essential to download the game from legit websites to avoid installing viruses on your laptop.