The game of racing has been considered to be exciting and a feeling of all for several decades. People have been getting themselves to indulge in racing games for decades ago. However, these racing games were considered to be the sport of the rich and famous people. This is not the case now as races like horse racing, bike race, truck race, car racing, and many more races are consistently gaining popularity in the world of technology. Before the arrival of mobile phones and computers, most people used to spend their time doing random activities they usually get bored with. With the involvement of technology in our day-to-day life, it has become possible for everyone to enjoy and take part in car racing games. However, this would not be an easy task for you to pick the best car racing game to go along with your preferences. Some games are designed to be played casually, and some games are specifically designed and developed for those who are passionate about research and are serious about the games. If you are playing the racing game for the first time and end up downloading the pro version of the game, then you might not have the expected experience you would have by playing a casual car racing game. It is time for you to gear up and get yourself ready for the ultimate race of your life. Here, you have reached the list to go through the top 15 best car racing games in 2022. 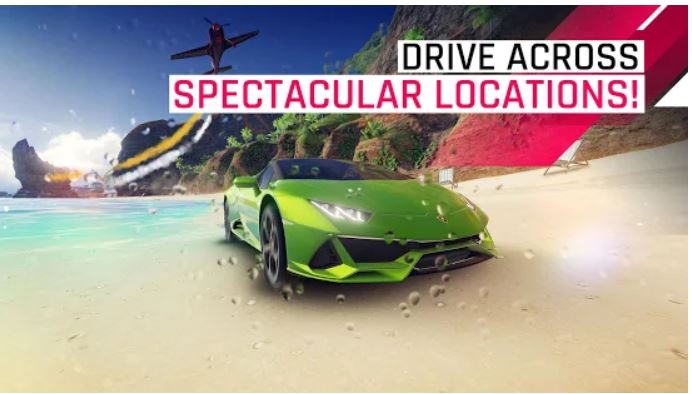 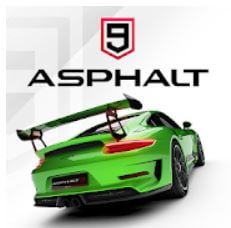 The Asphalt-9 has been the successful flagship product of the Gameloft Company. The company has been known for creating the ultimate and high-quality game software for several years now. To add more stunning features to the game, the developer has put forward seven language options for the players so that all the people from different countries can enjoy the game. We can choose the language options from English, Japanese, Chinese, Russian, Indonesian, French, German, and many more languages. Before we proceed ahead to play this game need to know that this car racing game is so interesting that it becomes challenging for you not to play the game at any given time. 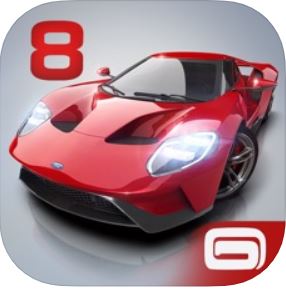 Whether your child or an adult, you will go to love this game because of its excellent sound quality as well as graphical representations. You can select your favorite car to race against your opponents. It will be a do-or-die situation when you are on the verge of completing the race, and the opponent is just in the back of your car. You cannot afford to lose the chance of winning the race because if you get defeated in any of your given turns shall not be able to go to the next level and enjoy the perks of being a winner. 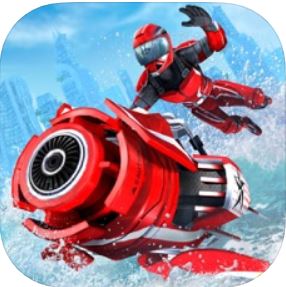 The game Riptide GP: Renegade is dominating the entire world of the game with an astonishing rating of 4.6 / 5. This car racing game is considered to be an ace of the mobile game industry. The creator of the game is a highly known group called Vector Unit Inc. They are constantly receiving great reviews from the users. As a player you will be riding a powerful car, that is why you need to make sure that you get yourself ready for the next level of virtual racing adventure. 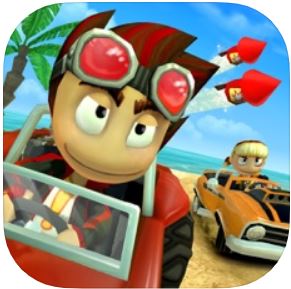 Here comes another beautiful car racing game created by the Vector Unit Inc Company in this rundown. The Beach Buggy Racing Android/ iPhone game is studded with top-of-the-mark features and functions. This would be a fun racing game as the player will have to compete on the dusty and dangerous road racing track. In addition to this fact, the game gives you the advantages of winning the race. To help the players get one step ahead for the trophy, it provides the leverage of making the most power-ups. In total, there are 25 power-ups in the game with 15 racing tracks to drive. The control of the game is very user-friendly and straightforward. You can move your car by just tilting the screen of your mobile phone, or you can choose to maneuver your vehicle by pressing the left and right side buttons on the net. Not only just that, but you can also play on the MFi controllers. 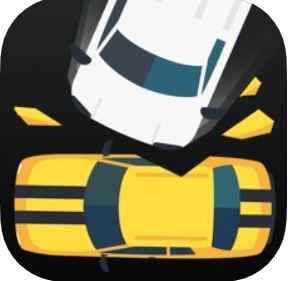 The company named Studio RouleauInc has brought this fantastic car racing game in the games market. Tiny Cars: Fast games are specifically designed and build for all Apple users. To get this game to perform smoothly on your device, you need to have a device that has iOS 9 and above. The game is compatible with all the iPhone, iPad as well as touch iPods. There are about 10 unique levels that you need to qualify to achieve the winning trophy. It is a great chance to race in the F1 racing cars. It would not be an easy task for a new player to compete with the pro racers and manage the power of the heavy racing cars. This is why the game gets the tutorial mode for the players to get themselves acquainted with the game and its controls. 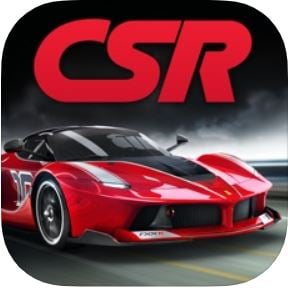 When you will press the accelerator of your virtual racing car, you will get to experience the blood rushing into your veins at a high speed. Not only just that, but you would also come to know how thrilled a racer feels when he drives on a racing track. There are more than a hundred sports cars which we can choose from. Some of the amazing and powerful cars include Aston Martin, McLaren, Hennessey, and Bugatti, and so on. 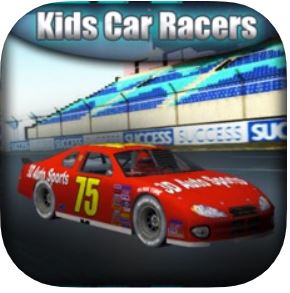 The Kids Car racer by Adam Berent has been specifically created for young players. Kids, as young as 2 years old, can also start playing this game. This is because of the simple control of all the games and the kids-friendly features that the creator has designed to indulge more kids in the car racing games. One of the most amazing aspects of the game that there is no in-app purchase feature. This is done with the aim that the kids can play the game in a carefree manner and they would not accidentally press buttons that they are not supposed to. 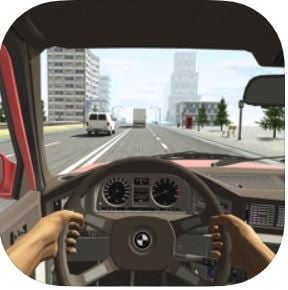 There have been several car racing games that are being constantly developed and created to attract players worldwide. But having that, when you will begin to look forward to the perfect racing game to match with your preference, you might end up landing in games where you will soon get bored after playing for quite several times. Well, this is not the case with the Racing In Car game. You will get the view of the street with the thought of sitting in the driver’s seat. Hence, you can easily see the vehicles on the road. Such a camera view has been added to the game to make the car racing game much more realistic. With the recent update of the game, you can now play it on your iPhone X. 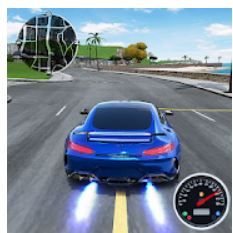 Have you ever got the experience of buying a new car for yourself in real life? It is not child’s play to select the best car for yourself. With the options of 20 exceptional cars in the Drive for Speed: Simulator game, it will be complicated for you to choose which one to take to the racing track. There are unique missions that the players need to accomplish without failing. On the off chance that you are not sure how comfortable you are with the control of the game and the car’s view, you can always play the free practice mode in the virtual Sandbox city. 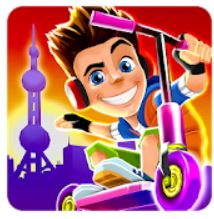 To develop a game that suits the choices of kids is no easy job. However, the creator of the fun racing game called the skyline Skaters has been successful in doing so. As a player of the game, you will get a skateboard attached to your feet and you can only move yourself jumping from one building to another. Though the game is designed for the children that adult stands to love this game because the stunts in the game are highly challenging. You cannot afford to send any of you to jump because the rooftop police are behind you to catch you. 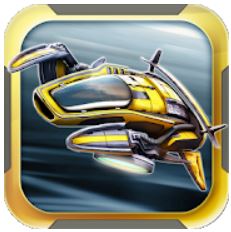 Get yourself ready to enter the world of ultimate virtually realistic car racing games of all the time. Here, you will get the fantastic opportunity to explore your hidden racing challenge of riding on 24 different types of race tracks. This is the ultimate game that you are looking for. The player will be able to watch the race track and the cause of the opponent players from different angles of the camera. 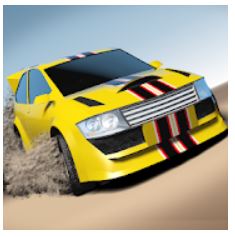 It is high time now that you need to stop worrying about what you are going to do in your very long holidays. If you are a pro racer and due to some reason you are not able to continue to race on the live racing track then you need to play this game. These car racing game apps are known for their outstanding performance. It has been seen that the game tends to attract a lot of people towards the car racing genre. 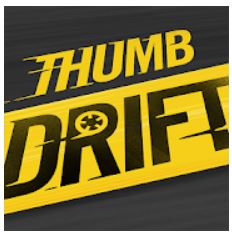 On the off chance that you are new to this genre of games, then you should start your journey of car racing games by playing this fantastic game. You would be able to upgrade your vehicle and add all those unique features in your car which you would love to have. This car racing game ultimate joy to experience in your gaming venture. These days people are becoming much more aware of technology. Most people love to play games on mobile phones and computers during their holidays. Car racing games are the craziest game that is gaining popularity among players from all age groups. 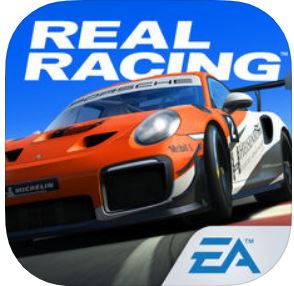 Have you ever dreamt of been sitting behind the steering wheel and have complete control of a racing car? This is another top-of-the-line car racing game where the player gets the advantage of upgrading their vehicles has put their personal preferences. You can select whichever accessories you would like to put enter your car. The final mission of your race should always be to come out as a winner and claim the final trophy of the game. 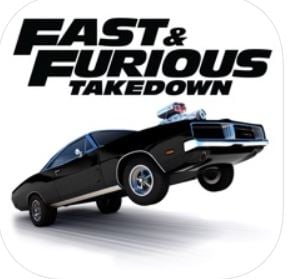 Are you not happy with the car that you own right now? On the off chance that you are looking forward to buying a brand new car and get the experience of a speed drive due to some unknown reasons you are not able to get it in real life, then you need to get yourself a virtual power car driving experience.

The thrill about racing is in the passion that the players tend to show towards the game on the racing track and how they compete to defeat their opponents in the race, but having said that, when cars are considered for racing, the love for the sport becomes double. The genre of car racing games is being loved by many people and from all corners of the globe. On the off chance, if you are looking for the best car racing game to get rid of the boredom of the long weekend, you can find several car racing games in the game store available online.