When I was in school, I had So many girlfriends.

I could not make a girlfriend after that, but my interest in driving the Bus never stopped. Recently, I wondered if there were some games related to operating a bus. And then I came to the Bus simulator games. That gives you challenges of driving Buses with some obstacles on the way.

So, in today’s article, I, Shyami- your tech driver, will take you on a ride of the 17 best bus simulator games in 2023. 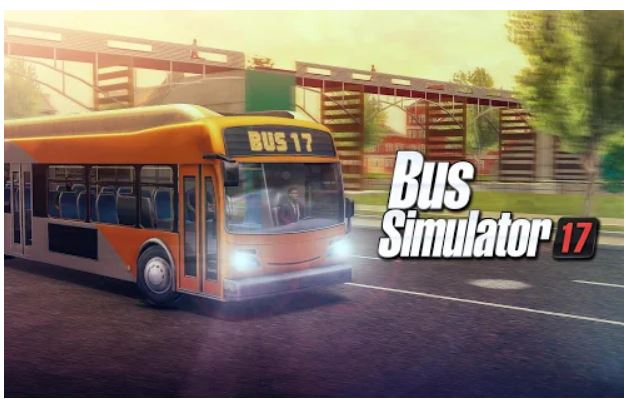 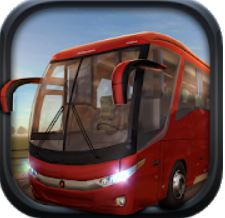 The player will have to make the best decision to cover the distance and carry the passengers and goods in the best possible manner. There are 25 buses to drive and reach realistic locations like Los Angeles, Berlin, Alaska, Rome, Paris, and many other such beautiful cities. If you are new to this game and want to play it in a carefree manner, then you can select the accessible mode of the game, where you have the authority to choose the weather conditions as per your choice. 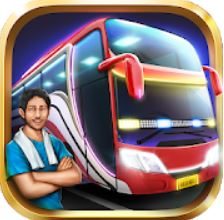 Are you in search of the most exciting bus simulator game in your Android play store? If you then you will come across the Bus Simulator Indonesia by Maleo game, it has been considered one of the most downloaded games in this genre. The reason behind this is the graphics of the game are rich in detail. Not only just that, but also the entire concept of the game is such that you can easily relate it with the real-life situations that a bus driver might come across while taking up his drivers and dropping them in their desired location. 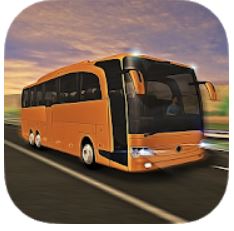 On the off chance if you did not follow the rules and regulations of the virtual traffic rule in the game, then you might face the penalty of getting your scores deducted. This makes your task of driving much more complicated and completing the entire level. To thoroughly understand the game and focus on your final destination to get through all the hurdles and reach the next level. You would get to enjoy different locations all around the globe have; the developers have created the world map by which you can choose the desired location you like to travel to and pick your passengers. 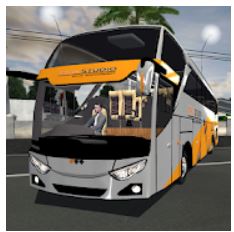 You would have full control of your bus and can take your bus through any routes which way you like the most. Before you choose the route to reach your desired location, you need to make sure that you said that the best option for you and don’t end up going to the road which has a lot of hurdles and challenges to face. The journey of your passengers will depend entirely on your knowledge of the bus driver and his ability to deal with the natural occurring hindrances throughout the road. 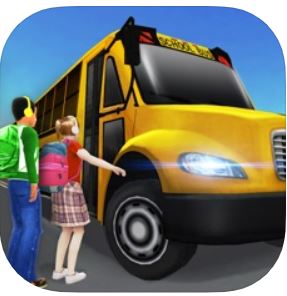 In the School Bus Simulator Games 3D, the storyline of the game is that you will be the bus driver after school and you will be responsible to carry small kids from the school to home and their home to school. Now, you can imagine how difficult it would be for a player to make sure that the kids are safe at the back of your bus while you are having your full concentration over the road ahead of you. They are happily reaching home without any injury that is going to be your utmost priority. There are about 100 unique levels for the players to drive through. Moreover, there are 140 vehicles in the School Bus Simulator Games 3D. Some of them are school buses, police cars, SUVs, sports cars, and so on. 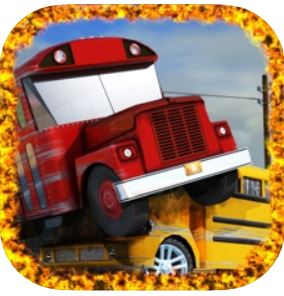 Whenever you are getting out on the road with your bus, you will have a different experience all the time. On the off chance that you had an excellent performance in the game, you can easily save that part of the game to replay it again in the future as see what and how you have accomplished the level. The options of buses that the player would be getting include the mad school as well as the monster buses. The creator of the game makes sure that they keep on entertaining the players by bringing in modifications to the game software. 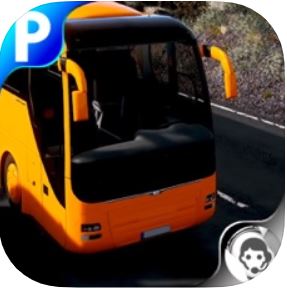 Get yourself ready for the next level experience of playing the bus simulator game. This is the best and the ultimate bus simulator game in the entire games market. The creator of the game is known for being specific about the details of the game and the features that are available for the players. The interior of the bus tends to represent real-world objects. You would get a feel of having the control of a real bus. The Mountain Bus Driving 19 is packed with exclusive features and high quality of display as well as audio effects. 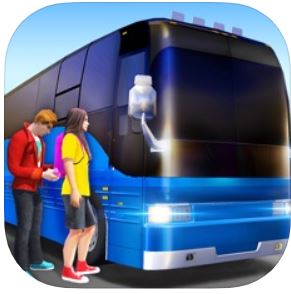 On the off chance that you are playing such a simulation game for the first time, the ultimate Bus Driver Simulator will make you a fan of the bus simulator games. In addition to this fact, the game is also designed so that it can easily be played by all types of people, whether they are kids or adults. There are several options for buses to pick from, but having said that, it will also be fascinating to see how comfortable you are with each one. You can always test drive the bus before buying it. The developers have created almost 80 levels for the players, and they are still working on the new unique levels to bring them forward to the users. 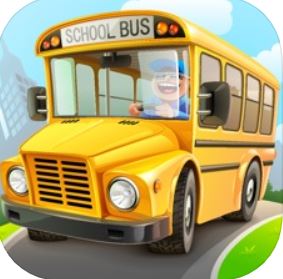 This game has been specifically designed for all Apple users. It is compatible with all the iPhone, iPad, and iPod touch which have iOS 5 and above. The controls and the features of the game are so smooth that you can easily relate to the different features of the game in a few sessions. In addition to this, the A crazy School-bus Driver Racing Game is very interactive for the kids from the age of 4 years and above. There are a lot of modes which you can buy while playing the game such as Camo Bus, Kids mode, Groovy Bus, as well as monster Bus. 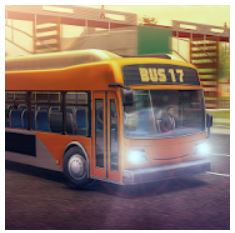 You will come across several signals, obstacles vehicles, and adamant drivers. They will create challenges to see you as a driver of the bus. The player will get the advantages of controlling the bus in three different ways. You can choose to handle the steering wheel on your screen, or you can move your bus by pressing the left and right buttons. You can also choose to maneuver your bus inquiry by tilting the screen of your phone. With all these user-friendly controls and features, the game has become highly popular among various kinds of players worldwide. 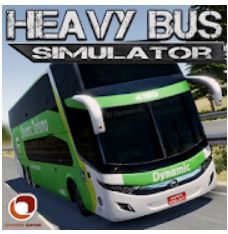 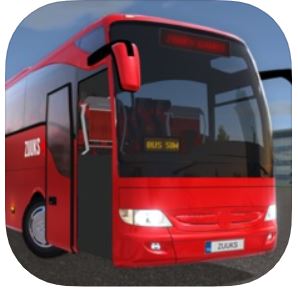 It is the time for you to get into the word of bus transportation. The city needs a driver who can efficiently manage to run the bus on the busiest streets. The entire network of bus transportation relies on the hands of efficient drivers. You are the one who needs to take the entire responsibility. The details of the background in the game are taken from the cities and towns of Indonesia so that the player gets the opportunity to visit different locations of Bus Simulator Ultimate. 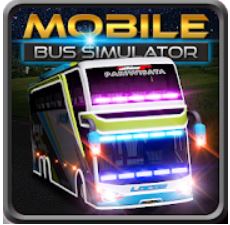 This is a very fantastic game to start a day full of adventure and thrill. It is fascinating to see how different vehicles come in front of your way to provide challenges while driving a bus full of passengers. You have to make sure that you don’t end up hitting any vehicle on the road. By being a part of this amazing bus simulator game, you will get the opportunity to meet many different types of people living around your neighborhood and across the country. In addition to that, you will also get a chance to sit in the bus driver’s seat. 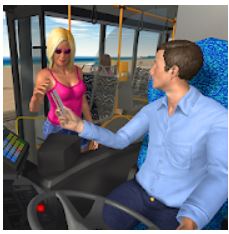 Once you begin to indulge in this bus simulator game, you will not be able to stop yourself from playing this game. It is indeed known for its powerful graphic display and realistic sound effects. This is a top-rated game in this genre. As the player of this game, you will be the driver of the bus. To get along with the game in a much better way, the players can select the practice driving mode and get the chance to practice and learn more about the game’s rules. 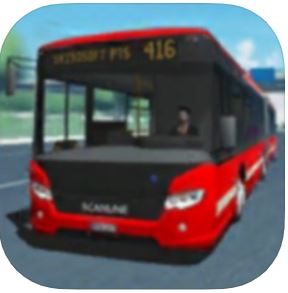 Are you ready to get the best realistic experience of driving a bus? Some people in the world have always dreamt of being the driver of a huge bus. If you also so have a similar dream of getting into the seat of the bus driver, this is a beautiful chance for you to get all your dreams to come true. The game is full of exciting features, such as the artificial intelligence feature, enabling the vehicles running on the virtual streets to move as if they are running in a trustworthy environment.

Planet360games develops the game. This is another bus simulator game, one of the best in a similar category. The app is your destination if you want to make a bus race with your other bus drivers. The Modern Highway Bus simulator game ride is thrilling and exciting for you as the game’s theme revolves around Indonesia Bus racing. Since In Indonesia, Bus driving is about winning a race with other bus drivers. In the game, you need to transport the passengers on the Highway. But the challenges are there to pass many obstructions on the way like tunnels and zig-zag of the mountains. And the new challenges are not so easy to do as the loaded Bus is not very easy to drive on the mountain’s curvy road. You must have the best Bus going skill to beat other bus drivers in the race.

The Bus simulator game has three modes that give you different experiences according to itself. These modes are Forest, Desert, and snowy, and to choose any of the modes is your choice.

The different terrain you choose provides you with various challenges to each other. The Highway Bus game also has many levels that give you more challenging tasks every time. You will have to become a pro bus driver to overcome every hurdle on the way. Modern Bus simulator games have an excellent interface in 3D with long routes with tons of traffic, and it will take you to the advanced coach Bus driving adventure to another level. You need to finish the challenges by following the traffic rules. There are so many features that you should know to make up your mind about downloading it. 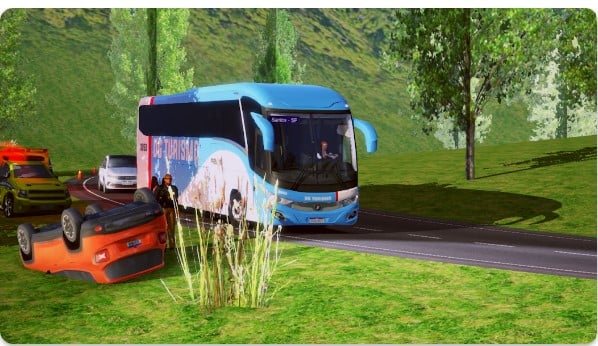 Dynamic Games Ltda develops the game. The game is another among the best games on the list, but slightly different in theme. As you have seen, most of the games are related to Indonesian Bus stimulation. But this one has the piece of world bus driving. The game will start with driving the Bus in Brazil, and then It will go across the world with different challenges. With the latest update, the game added many new features that made it perfect. The new update consists of these improvements-

Apart from these new updates, the game has so many features making it worth downloading.

Friends, these were the 17 best bus simulation games!

It would be best if you read the whole article to choose the best according to your opinion. I have downloaded my favorite and driving a high-class bus, But there is no classmate here on the Bus. How sad!

It’s high time to say goodbye and see you in the following article.