All work and no play make Jack a lazy boy. If you are a gamer, then you would surely be well aware of the effect gaming has on the mind in sound as well as wrong ways. As per studies, games are considered one of the potential ways of building concentration skills and being looked upon as a potential recreational option. Technology has proved to be a potential platform in easing the overall quest. Unlike bygone days when one was required to set up the video game device to play a game, in the present day, it is made easy, all thanks to smartphones. If you are a gaming enthusiast, you can now get these beautiful games on your device within just a few clicks.

Get the best Boxing games on your device

When it comes to games, there is no shortage of varieties. There are plenty of boxing games available today on mobile devices, both on Android and iPhone. These games are ideated using different concepts surrounding boxing as a niche that makes it even more fun to delve into and experiment in depth. So, for all boxing game enthusiasts who love to explore the arena of boxing games, here we bring you to the top 15 boxing games for 2023.

What do these games offer?

These boxing games will offer you a perfect platform to unleash your furious attacks, polish your moves and gain a high over the opponent thereby winning the game with ease. Filled with punches, jabs, and adrenaline kicking actions, these games will surely fill in the productive part of your day. So, here’s presenting you top boxing games available on Android and iPhone to explore in 2023. 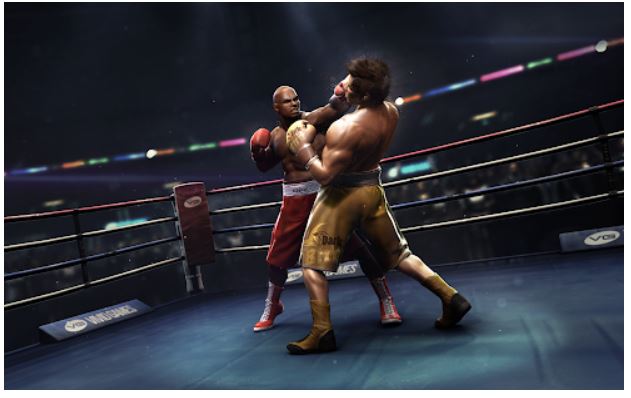 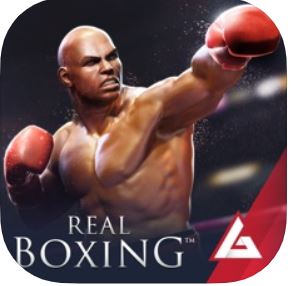 One of the most popular games in the boxing games league, real boxing presents a complete package of thrill, adventure, and a lot of adrenaline kick. This multiplayer game is an experience worth exploring. Join players from across the globe and have an exotic time playing conveniently from your home. If you are fond of boxing games, then this is the ultimate stop for you. With exciting creativity, graphics and easy controls, the players can easily knock out their opponents splendidly. Besides, the USP of this game is the unique controls for classic and memorable hits that allow you to select from special equipment. 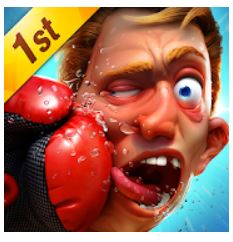 Want to gain a professional high over your opponent? Well, are you bored with usual street boxing and wish to go for the world championship? Then the boxing star is one of the best games to try out. The game begins with fighting amateur fighters on doorways and basements and later proceeds to the world championship. As a player, you will get appropriate training, perseverance and thereby gain an additional bonus by knocking out your opponents. And what is the USP of this game? Not only is it adrenaline kicking, but raising one’s level will also aid you to win battles, make money and gain a personal manager. Excellent creativity, graphics, sounds, and realistic conceptualization will surely make you get hooked to your screens. 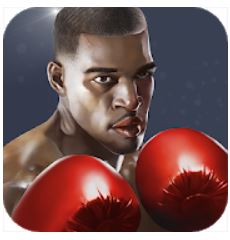 If you are a fan of 3D, Punch Boxing 3D will surely kick in your adrenaline. Punch Boxing 3D, with its fantastic conceptualization blend into enticing graphics and sound effects, is sure to kick in the adrenaline down your spine. Set in 3D, the player gets to fight the opponent with all prowess, select kicks and moves from the controls, and also gain a complete idea about the game through the introduction at the start. 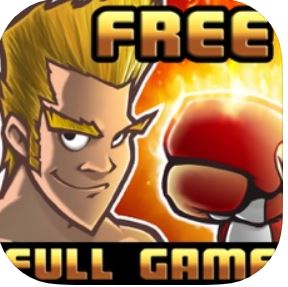 It is anointed as one of the most famous boxing games of 2023. What makes this game a pro among players’ advantages to gain a high over weak points to win over opponents. The game begins with putting the gamer through varied, complex tasks that would make you perfect for the game. You can also get prizes and sharpen your crafts that will be useful in enhancing the characters during the game’s progress. 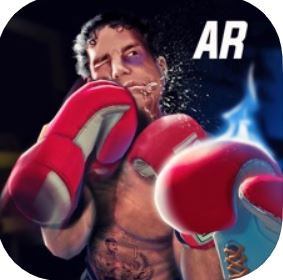 A complete package of amazing graphics, concept ideation, and a multi-player game makes Glowing Gloves an enticing boxing game to try out. You can compete with players from across the world. It provides the perfect stop for a boxing fan that uses realistic techniques that will help to uplift your mantle in gaining a high over the game. 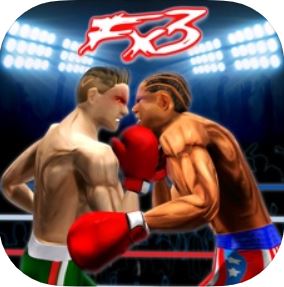 Suppose you are a boxing fan and looking for a perfect game where you can not only spend your time perfecting your skills. Downloadable on iPhone, Fists for Fighting is the ultimate stop for all boxing game lovers. So, what makes this game different from other boxing games? This game begins with an educational program to prepare the player, molding them ready for the ring. Players are taught tactics to face rivals, methods, and techniques to win over opponents. You can select from different equipment, heighten your skills and bag the championship title. Amazing sound effects, graphics, and easy controls make this the perfect game for all gaming lovers. 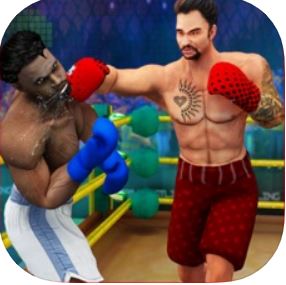 One of the most famous boxing games in 2023, Play Boxing Games 2019 is a real adrenaline kicker. It is a game that not only increases your prowess but also gives. Players get to experience a real drive between battle and victory. You get the chance to challenge the strongest players and play with multiple players from across the world. Knock out your opponents with memorable and classic hits, as well as play with invincible bosses. Additionally, you can select your particular equipment and fight with your opponents. 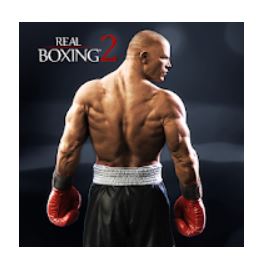 The right strategy and technique can make anyone the winner. This boxing game is more than just an application for iPhone users. It assists users in learning from the weak points of the opponents and thereby build strategies that will help them progress ahead in the game. Throughout the game, the player is introduced to varying degrees of difficulty that will help them craft their capability. Boxing – Road To Champion is a beautiful game that is backed by a fantastic interface, realistic graphics and user-friendly controls make it a fun and entertaining game. 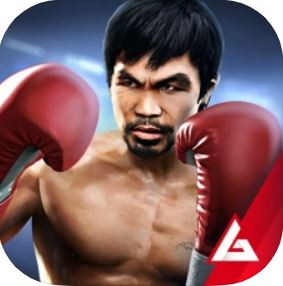 A real boxing game lover will surely get hooked to the game in the very first go. As the name suggests, real boxing gives you the real-time experience of fighting a real boxing battle. Players are introduced to quality boxing skills and the opportunity to battle with experienced boxers through AI. Realistic concepts and graphics, along with fantastic sound effects, make it an adrenaline-kicking experience for all players. 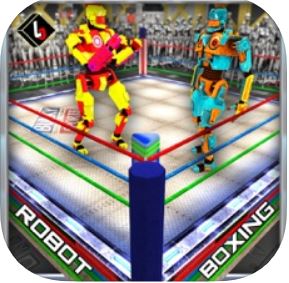 Have you ever wished to watch robots combat each other in a boxing match? Well, this app presents a platform to fulfill your wish. War robots Fights and combat – Robots Real Boxing allows players to build a robot fighting machine and set the level of adventure to the next level. Thereby the players get a platform to unleash and explore new and refined attacks. Moreover, you can select your favorite heroes and try out great moves like punches and jabs when combating the opposite player. Listed among top games in the boxing game league, get set to experience some adrenaline rush and enticing punches. 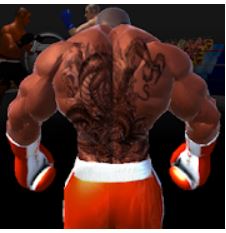 Virtual Boxing 3D Game Fight is a game designed for all boxing game enthusiasts who love to experience boxing in the virtual medium. The game is available on Android and can be downloaded on tablets and smartphones. Get set to experience some of the beautiful fights in the ring and battle with your opponent, selecting beneficial moves for you. The game is developed using realistic graphics blending with sound effects that add to the vigor of the game. This adds a realistic feel when playing the game, wherein the player can experience the sound of the opponent falling and the hits. So, are you ready to experience this enticing game and gain a high over your opponent in the boxing ring? So, get set by downloading it on your mobile device NOW! 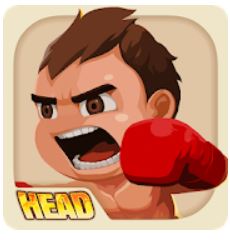 An enticing game to add to your Android phone, Head Boxing is an experience to explore. Different and unique in comparison to other boxing games, Head Boxing brings a new element along for all boxing game enthusiasts. This arcade game introduces players to dragons, some of the mind-blowing adventures, hits, and kicks that set a different momentum to the game. The player is required to qualify at each level to win the game. Besides, you are required to select from seven different modes, each laying across a new challenge that must be tackled with cunning and skill. These include arcade, championship, death mode survival, and multiplayer mode. This makes the game much more exciting and pulling, considering the challenges laid across to up one’s limit. The USP and a varied facet of this game is the bonus fracture system. So, every time you crush a bone, you will be showered bonuses. What else makes this game a must to try out? The extraordinary conceptualization and realistic graphics blend with sound effects make it a party for all those who love exploring new games. 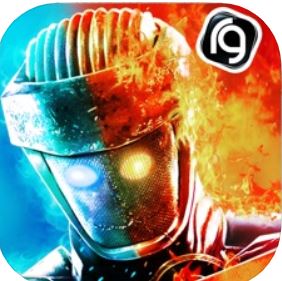 Are you a gamer who loves to explore different genres? Are you looking for something new, exciting, and adventurous to explore? Real Steel Boxing Champions is a worthwhile game experience that would hook to the screen in the first go. What is different in these boxing games from others? Unlike other boxing championship games where the player is supposed to beat the opponent, here you get the opportunity to craft your mighty robots and unleash the hidden powers. By building your robot building machine, the players get a chance to level up the excitement and action quotient in the game. 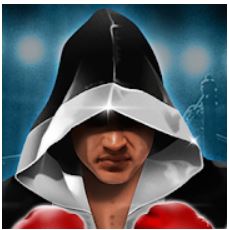 If you have played World Boxing Championship, then there is no going back. A game that would get to your veins and make you fall for it entirely, the championship game, as the name goes, is an ultimate stop for all those who love adventure and action. Players get the opportunity to select from different levels and select moves that make it an addictive stop for all gamers. So try out some fantastic kicks, jabs, punches, and moves and get ahead to winning the classic title. Other elements to watch out for in this game are the exquisite graphics, sound effects, and much more. 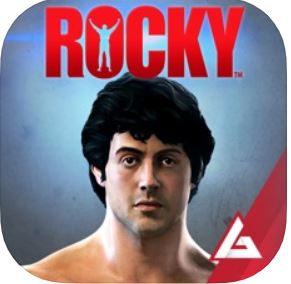 Counted among the best boxing games on Android and iPhone, this game has more in store for players than simply introducing them to enticing kicks and blows. Apart from outstanding and exquisite graphics, this multiplayer game has an inbuilt career mode wherein you can play with some of the most significant competitors. This gives the players an authentic boxing experience. Some of the fantastic features of this game include rendering the players the ground to build their story mode with Mr. Balboa, Apollo Creed, Adonis Creed, Ivan Drago, some of the top names in the boxing fraternity if you are boxing savvy and wish to gain a pro over your opponent and win the game.

Games have always been a medium of encouraging people to gain new skills and build confidence and a medium to fulfill their desire for winning. Boxing games present an ultimate platform for all those inclined to unleash their adventurous streak and get into some action mode. Now that we have listed in the must-try boxing games for 2023, it is the right time to unleash your prowess and reign over your opponents. So, do not wait; download these best boxing games on your android and iPhone and get set to reign the supreme.