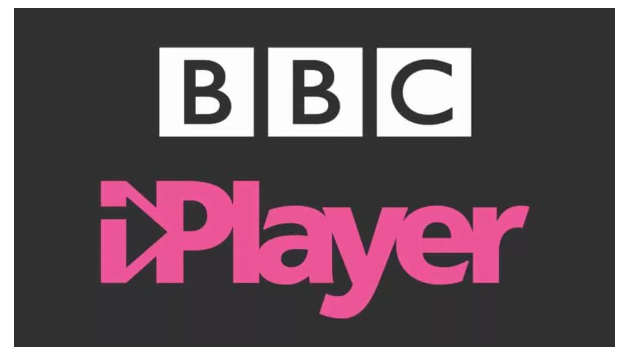 Spanning from classic favorites to contemporary blockbusters, the BBC Iplayer has a vast collection of content to binge on. It’s no surprise that the BBC is renowned for its spectacular dramas all across the UK.

Although the service is only accessible in the UK, there are various methods by which you can stream BBC iPlayer outside UK and enjoy its massive content library. Considering the extensive content library of iPlayer, it becomes challenging to pick and stream a show which perfectly blends in with your preferences. Isn’t it? But don’t worry! For your assistance, we have prepared a list of the top 10 dramas offered on BBC iPlayer.

Without any further ado, let’s start!

In an age-old mystery, Sherlock Holmes (Benedict Cumberbatch) and John H. Watson (Martin Freeman) collaborate to investigate the most unusual criminal mystery. It’s a fascinating perspective on a popular classic. Having 4 seasons to watch, each episode will have you wondering how these crimes unfolded or who committed them. If you’re in the mood to solve riddles, this will keep your brain engaged.

Industry follows the experiences of 5 fresh graduates as they compete for professional jobs at an investment group against each other. The setting of the narration is London’s sexually charged, booze-filled financial sector.

Yasmin Kara-Hanani, portrayed by Marisa Abela, is the popular “coffee-getting” student attempting to establish herself. Robert Spearing, portrayed by Harry Lawtey, is attempting to shake his middle-class background, and fit into this society. Gus Sackey, portrayed by David Jonsson, is meant for this environment, yet his intense aim for a stable position is diverted after a tragic accident. Harper Stern portrayed by Myha’la Herrold, who’s still trying to safeguard the details of the individual who assisted her to get this graduation job.

It’s a very empowering watch since the show has indeed been applauded for how it portrays female desire.

Among the most famous dramas on the BBC, Line of Duty attracted 9 million viewers for the 6 season’s finale. The plot, which has been penned by Jed Mercurio, examines the inner doings at AC-12, an official police anti-corruption department monitored by DS Steve Arnott (Martin Compston), alongside Vicky McClure portraying Det Insp Kate Fleming. There are speculations of a 7th season, even though the 6th season was scheduled as the finale. This could be wild speculation. Maybe, but in whichever case, you must see this fascinating drama.

Killing Eve, penned by Phoebe Waller-Bridge, revolves around the volatile relationship between deadly assassin Villanelle (portrayed by Jodie Comer) & MI5 agent Eve Polastri (portrayed by Sandra Oh). Eve is constantly hunting for Villanelle throughout the entire series, but this hunt takes her to every part of Europe. Filled with intricate designs from companies such as Gucci, Molly Goddard, and Halpern, it’s a feast for the sight.

By the way, it has won numerous BAFTA and Emmy honors, so it’s not only us who think it’s amazing. The fourth and final season may run this year, even though Covid-19 prompted a delay.

The Oscar-winning producer Steve McQueen has produced 5 films that are meant to be love letters to Black tenacity and prosperity among London’s West Indian community from the 1960s into the 1980s.

Every plot hinges on a unique storyline. There’s Mangrove, featuring Letitia Wright, a true story of a clash between Mangrove Nine and the security services that resulted in a historic prosecution in the Old Bailey. While McQueen was familiar with the racial bias within the educational process due to his high school history, it contributed to the basis for drama Education.

Since we are allowed into Dr. Gemma Foster (portrayed by Suranne Jones) world in this, you’ll be on strain in the best possible way. On the outside, it appears that she has a perfect world with a lovely husband, a happy home, & great career. However, once she suspects that her husband is having a fling with Kate (Jodie Comer), her world eventually falls apart. For this fascinating revenge thriller, which sadly ended its run after season two, Suranne Jones earned a Bafta.

The show, which has been masterfully created, revolves around the turbulent experiences of two siblings who practice divorce law. The Defoe family’s eldest girl, Hannah (Nicola Walker), left the company created by her father & managed by her mother, Ruth (Deborah Findlay), while the others stayed.

There is a lot more going on, with many hookups and perhaps some surprises along the way. The Split is doing a great job of capturing the positives and negatives of familial connections in a manner that feels realistic. If you breeze through the 2 seasons via iPlayer, don’t worry; the anxiously anticipated 3rd (and final) season would be aired this year.

As you step into the world of midwives serving in London’s East End around the 1950s, be prepared to experience anything from laughter to tears, etc. We follow a small group of nurses from their initial schooling to becoming expert midwives throughout this tale recounted by Vanessa Redgrave. There is a tenth series coming out, therefore there is a lot to enjoy. Even though it focuses on issues like alcoholism and racism, the show’s key theme of sisterhood will lift your spirits.

This suspenseful mystery drama focuses on a small child who has mysteriously vanished. Oliver Hughes with his family, Tony Hughes (James Nesbitt) and Emily (Frances O’Connor), take a getaway to northern France in 2006. Oliver vanishes as they are glued to the world cup.

After the authorities finalize their investigation, the boy’s dad contacts French investigator Julien Baptiste for assistance in rescuing his kid. You’ll find yourself investing in the various questions which surface during the discovery of Oliver.

If you enjoyed The Missing, you’ll surely enjoy Baptiste & devour it. Similar to The Missing, the two series feature French investigator Julien Baptiste (acted by Tchéky Karyo) in an increasingly personal, insightful manner. While he confronts crime cases that appear to be close to home than originally thought, we track his emotional problems, his troubled past, and a dark and gloomy fate.

After going through this guide, you know which BBC iPlayer dramas are the best to view. With a Smart TV, Android, or other gadgets, outstanding BBC content can be seamlessly streamed.

We trust that this list of the best BBC iPlayer series will encourage you to stream some of the remarkable BBC iPlayer material. HAPPY BINGING FOLKS!

Is Using the Airplane WiFi Worth It?

How To Get Better at Unscrambling Letters to Form Meaningful Words

The Best Player to Use with Mac Ventura

How do I write a term paper on my own ?