In the market of game applications, you will come across billions of games, and their number is exponentially increasing by every year. People are comfortably investing their hard-earned money over these games to enjoy and relish their free time. If you are an animal lover or love you play games related to animals, you will get enormous animal simulator games to play with. The animal simulator games provide you with the opportunity to know more about their niche and how the animals get along with the surrounding changes. Hence, it would not be wrong to say that such simulation games are a source of entertainment as well as help you to expand your knowledge about the animal kingdom. It is always amazing to know how the animals live their life and what they do for their survival in the most challenging situations created by the animal simulator games. Without keeping you waiting any longer, let’s go through the rundown of the top 15 Animal simulator games 2023. 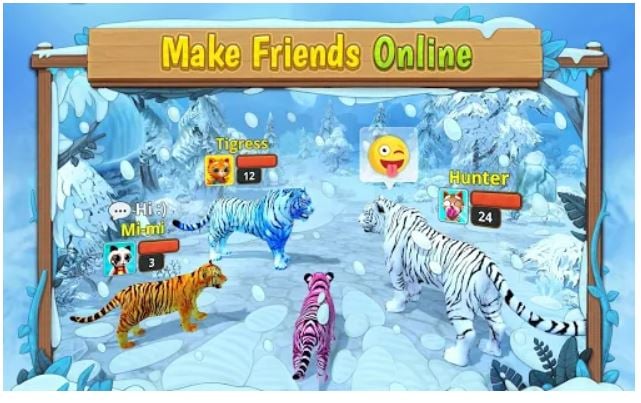 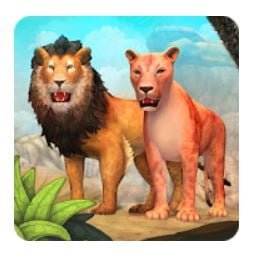 Wild lion simulator is a new and addictive lion simulation game. The player will become a lion king. You will have to control the clan and dominate the jungle in the game by racing against others. The Lion Simulator: Animal Family Game Android is all about a baby lion counter-attacking his father’s killer. You will get to encounter an adventurous wilderness with your virtual lion family. Once the baby lion wins over his father’s killer, he becomes the king of the jungle. With the ultimate authority comes the great responsibility of taking care of your animal kingdom. To protect the jungle from enemies, the lion king has to fight against destructive predators. The lion king can expand his clan by releasing other animals from the enemy. 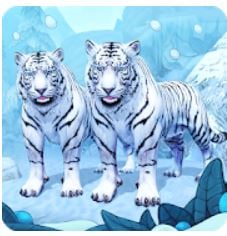 Being a tiger in the White Tiger Family Sim Online – Animal Simulator Android game, you will get to travel around the jungle world. In your course of travel, you will be visiting several different wild locations around the world. As a leader tiger, it will be your responsibility to prepare a hiding place for your group. Enjoy this incredible gaming ordeal with the company of your companions. All the elements of the game are illustrated in the form of 3D graphics. Isn’t it amazing to play an animal simulator game with a realistic touch? Have you ever wondered what a tiger does for its survival and how it gets along with the cruel and unusual wild environment? The tiger will have the opportunity to start his own family by meeting his future partner in the form of his fellow players. As the game progresses, both of you get to welcome your little cubs to strengthen your family. 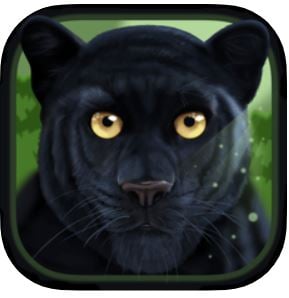 Here comes the perfect animal simulator game for iPhone users. This is not only a thrilling game, but it is also a game of aggression. You will be in the game as a wild animal that is full of rage and wildness. Chasing your enemy and preying upon them should be your first and foremost goal on the Wild Animal simulator iPhone game. Not only just that, but you also have to play the game with total aggression so that you get to understand how it feels like to conquer the world of the wild. You can put forward the different techniques by which a wild animal tends to capture another wild animal. The Wild Animal simulator shows you how the proverb “The survival of the fittest” tends to complete its sense when you are in the wild. To bring the game closer to reality, the game’s concept bestows you the prospect of forming your wild family and friends in the game. 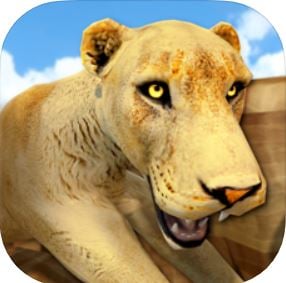 The Savanna Run: Free Animal simulator iPhone is a particular concept with the unique and the best theme of the savanna. This is an ultimate launch by the creators to dominate the fields of wild virtual reality. In this run game, you get to enjoy the privilege of being any one of the wild animals such as elephant, tiger, giraffe, bear, wolf, antelope, lion and what not. By stepping to the next higher level of this animal simulator game, you can win over your opponent wild animal as these new levels unlock some hidden strength of the animal played by the player.

If you wish to compete with real-world players in the animal kingdom’s virtual scene, you need to go for the Animal Sim: Wild animal simulator iPhone game. It has excellent controls and features, which is much need for the best simulator games. The levels and locations in the game are so interesting that you would try to find a reason not to leave the game and return to your actual existence. This is indeed a can to show your power and aggression to defeat the enemy. Whichever wild animal you pick to play as, you will get the replica of their same natural habitat. 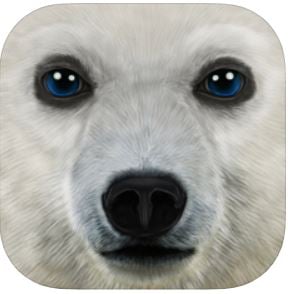 To get the Ultimate arctic Simulator iPhone game one step closer to the reality of the situation, the makers of the game have not compromised with the quality of the graphics. This game is a truly wild game that gives the player a detailed background. Every scene and location is rich in features to render the feel of an accurate wild natural habitat of the arctic region. 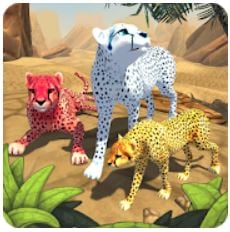 The Cheetah Family Sim – Animal Simulator Android is really a great game. You get to view a lot of different new locations. They are not only beautiful but they also let the player know the challenges faced by the wild animals living in those natural habitats. It is such an interesting game that you can spend your entire weekend fighting with your enemies and capturing their lands. How about raising your baby cheetahs and nurturing them with your love and care? Well, it seems to be very interesting and you get to do all of the activities with the baby cheetahs in this Cheetah Family Sim – Animal Simulator Android game.

This is another incredible game that is designed around the life of a lion which is considered to be the king of the forest. Have you ever given it a thought that how a lion keeps his family protected? How he feeds his little cubs to ensure they are not hungry anymore? And what it takes for a lion to remain the ultimate predator of the jungle? Well, all these questions will get answered once you begin to play the Lion Family Sim Online – Animal Simulator Android. Like a lion, you can make your cubs fit for their future fights by feeding them right, and this can be done when you successfully defeat the other wild animal. 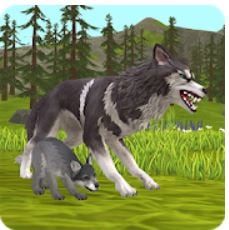 The entire simulator games market was taken over by this amazing animal simulator game at the beginning of the year 2018. This is an ultimate game of wildness. It has been created by the highly popular Turbo Company. They are known for their fantastic 3D graphics and attributes which can be witnessed by the players of the WildCraft: Animal Sim Online 3D Android game. The wild animal (lynxes, lion, wolf, and many other wild animals to choose from) in the lead can also expand his family. Fold your sleeves to win over the jungle empire with fighting skills and techniques. 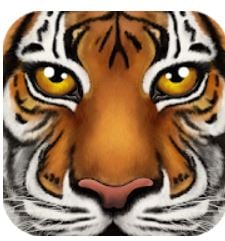 This is among the highly rated animal simulator game for the users of Apple phones and tablets. The more you play the Ultimate jungle simulator iPhone game, the more you tend to get addicted to the game. The defeat of the attacking wild animals depends on the type of move you choose against your enemy. You will find many options to select the wild animal that you want to play with in the game. Some options are fierce tiger, powerful wolf, clever gorilla, intelligent lemur and many more such marvellous wild animals on the list. It is the most realistic animal simulator where you will get a chance to simulate wild animals. This game will provide you with super easy controls to control your animal. Here you are free to choose any animal that you feel funny or excellent in the presentation of the beginning, and then you need to complete it in a realistic environment. This will make you feel in the forest. 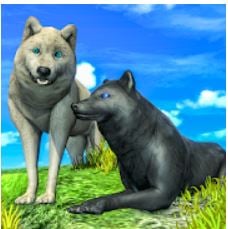 The entire The concept of this simulator game is to maximize the power of the white and grey wolves living in the extreme corners of the northern part of the globe. The Arctic zone of the game is filled with high mountains entirely covered with the while soft snow flakes.It is the responsibility of the father wolf to take care of his small and loving family. Like a wolf, it would be the player’s duty to protect the weak little offspring’s from the danger of a stronger wolf enemy and other predators. You need to make sure that you have the strongest pack of wolves. 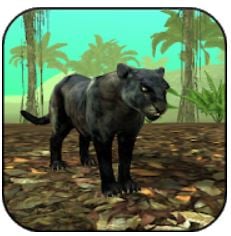 Now you have got the power to dominant the jungle as a Panther. You can rule the wild world and hunt for your prey. Make your own family with your partner and form cute and naughty offspring panthers. Being a panther, you get to experience the two sides of this wild creature. On one side, the panther shows his fierce and competitive side to his enemies to defeat them and capture their kingdom. On the other hand, the panther is a caring father and a loving partner who loves to spend some time with his cubs to play with them and pamper them. 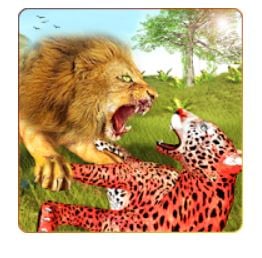 You must have guessed it by now that the Wild Lion Simulator 3D Android is somewhat of the same type as the first game in this rundown, the Lion Simulator: Animal Family Game Android game. However, when to start playing this game, you will notice that a lot of aspects are not the same. If graphics are concerned, the Wild Lion Simulator 3D Android game is launched with the best possible graphics in the animal simulator games market. It is studded with beautiful features which include the easy control of the game and the vastly covered locations with the touch of reality in their every element. 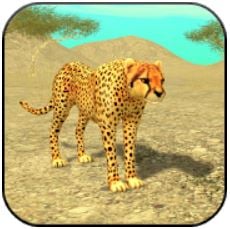 This game is an incredible animal simulator game. You would admire fighting against the strong enemies with the flawless controls of the Wild Cheetah Sim 3D Android game. The players get to modify their character as cheetah by gaining more points after every successful hunt. Modifications are not only to keep the player motivated throughout the game, but they are indeed to empower the cheetah with new and more powerful skills to win over the opponent players. 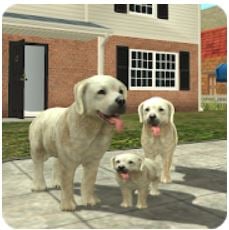 We all know how loving this animal creature is and what it can do to protect its master. Yes, you guessed it right. This animal simulator game is all about dogs, their life, puppies and their families. The player would get to live a life as a dog full of adventure and trouble making puppies. You can also create your version of new puppies by customizing their characters. Select the breed of dog which you love the most. The dog’s four little paws are meant to travel and seek new locations every time.